Yet Another University Entangled with the Fracking Industry 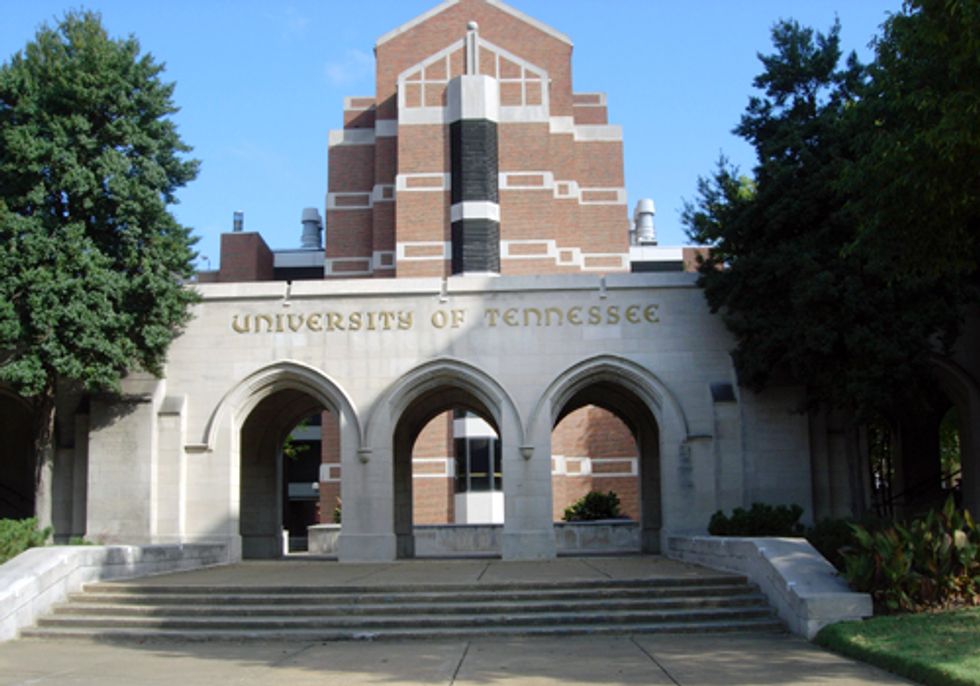 The University of Tennessee intends to open up more than 8,000 acres of publicly owned land in the university’s Cumberland Research Forest, for a fracking research project.

Recently, the public got wind of the University of Tennessee’s intentions to open up more than 8,000 acres of publicly owned land in the university’s Cumberland Research Forest, for a fracking research project. On Jan. 31, the University requested a 30-day extension to the state panel responsible for approving the research proposal after concerned local residents demanded more information, time and transparency.

If approved, oil and gas companies will bid on a 20-year lease to conduct drilling and fracking on the land as an environmental experiment. The money generated from the study would support the University of Tennessee’s AgResearch and Education Center. This new development follows an unsettling trend of the oil and gas industry funding research at public universities. As our executive director, Wenonah Hauter, explained in a previously written article, “The consequences of increasing dependence on profit-driven research in academia are becoming troublingly clear.”

Some colleges located atop of shale reserves in Texas, Ohio and West Virginia have already opened their campuses to fracking in exchange for funds from fees and royalties. In 2012 Pennsylvania’s Governor Corbett passed legislation supporting such activity and even encouraged state colleges to get on the fracking-bandwagon to supplement their funding pitfalls.

Other universities in need of money for research have accepted financial backing from the oil and gas industry for their studies. Not surprisingly, industry funded studies produce predictably pro-fracking findings that compromise the integrity of science in favor of corporate interests.

In November 2012, State University New York at Buffalo shut down its short-lived Shale Resources and Society Institute after, the Public Accountability Initiative, a watchdog organization, debunked the institute’s study that claimed improving technologies and updated regulations were making fracking safe. The Public Accountability Initiative scrutinized the data and found that environmental violations actually went up. They also discovered that, “Two authors of the report, Timothy Considine and Robert Watson, authored a controversial 2009 report funded by the natural gas industry group known as the Marcellus Shale Committee but issued under the auspices of Penn State. Penn State retracted the initial version of the report.” Pressure from the university community helped shutter the institute.

Similarly, a report released by the Energy Institute at the University of Texas at Austin in February 2012, claimed there was no link between fracking and groundwater contamination. Investigation, again by Public Accountability Initiative, found that the head of the study, Chip Groat, had sat on the board of an oil and gas company for the past five years. The group reported, “Groat earned more than double his University of Texas salary as a PXP board member in 2011—$413,900 as opposed to $173,273—and he has amassed over $1.6 million in stock during his tenure there. Groat has been linked to unreliable research in the past earning almost $2 million during that time.” Since the investigation, Groat has retired and the head of the Energy Institute stepped down from his position and the University of Texas pulled the study.

According to the University of Tennessee’s Institute of Agriculture website, “This forest [Cumberland Research Forest] facilitates several large- and small-scale forest and wildlife management research projects, as well as ecological demonstration projects. The Cumberland Forest is also the site of some of the earliest stripmine reclamation research in Tennessee.” Fracking on the university’s land could counter these environmental ecological restoration efforts as well as put public health, finite water resources and air quality in jeopardy.

The University of Tennessee should not join the world of frackademica, and instead, should seek out research opportunities that can help wean the U.S. off its fossil fuel addiction and make clean, renewable energy the new norm.