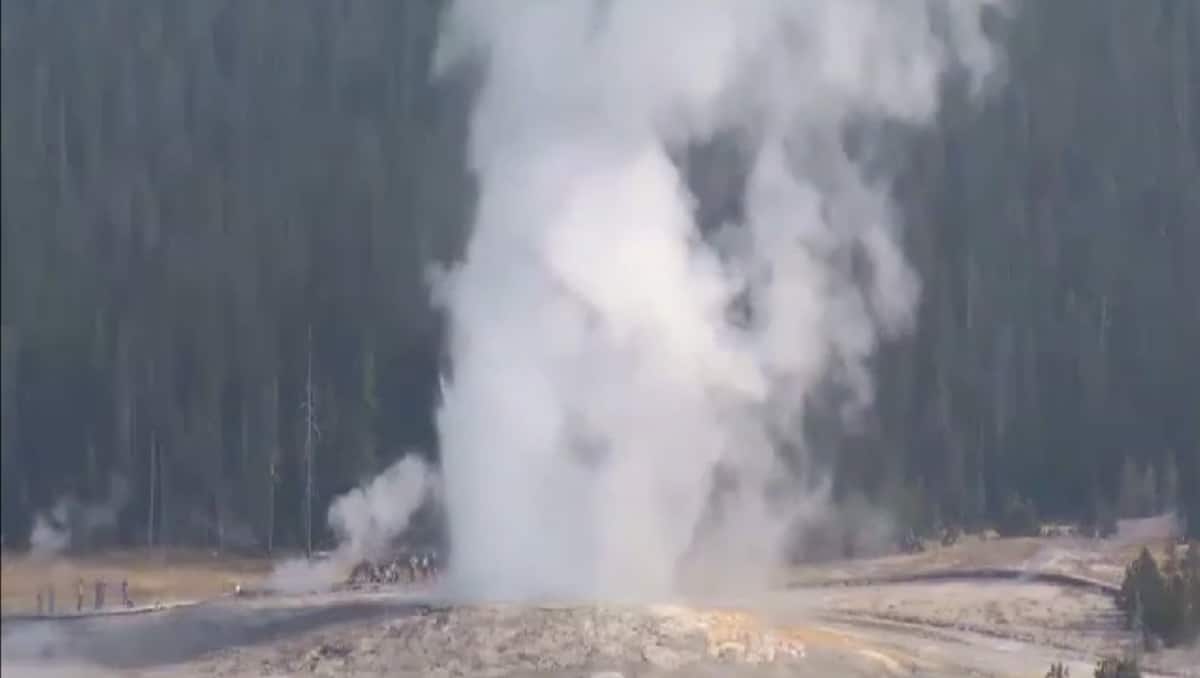 One of Yellowstone National Park‘s largest geysers erupted this August after more than six years of silence.

“On Tuesday, August 25, 2020, Giantess Geyser roared back to life after a period of more than 6-1/2 years without erupting,” the iconic national park announced on social media Saturday, along with a video of the remarkable event.

Giantess Geyser is a fountain-type geyser that usually sends several bursts of water and steam 100 to 200 feet into the air, according to Yellowstone National Park. It is known for “infrequent but violent eruptions.” However, historically, its eruptions have not been so infrequent, occurring two to six times a year.

Before it blows, the area around it will sometimes shake because of underground steam explosions. Once the steam is emitted, the eruption can last from four to 48 hours and eruptions can take place two times every hour. Its eruptions can be heard from a mile away, according to Yellowstone Gate.

Yellowstone is home to the world’s “most extraordinary collection” of hydrothermal features, including more than 500 geysers, according to the park website. Those geysers make up two-thirds of the world total, Yellowstone Gate pointed out.

A geyser is essentially a constipated hot springs. Yellowstone National Park explains the forces that propel their spectacular explosions:

Geysers are hot springs with constrictions in their plumbing, usually near the surface, that prevent water from circulating freely to the surface where heat would escape. The deepest circulating water of the system can exceed the surface boiling point of water (199°F/93°C). Surrounding pressure increases with depth, much as it does with depth in the ocean. Increased pressure exerted by the enormous weight of the overlying water and rock prevents the water from boiling. As the water rises due to heating, steam forms and expands, increasing pressure in the constricted plumbing near the surface. At a critical point, the confined bubbles actually lift the water above the surface vent, causing the geyser to splash or overflow. This decreases pressure on the system, and violent boiling results. Tremendous amounts of steam force water out of the vent, and an eruption begins. Water is expelled faster than it can enter back into the geyser’s plumbing system, and the heat and pressure gradually decrease. The eruption stops when the water reservoir is depleted or when the system cools.