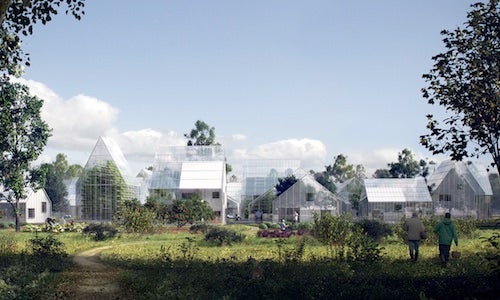 ReGen Villages, a completely self-sufficient village that can power and feed itself, is rising across Europe—and hopefully, one day, around the world. 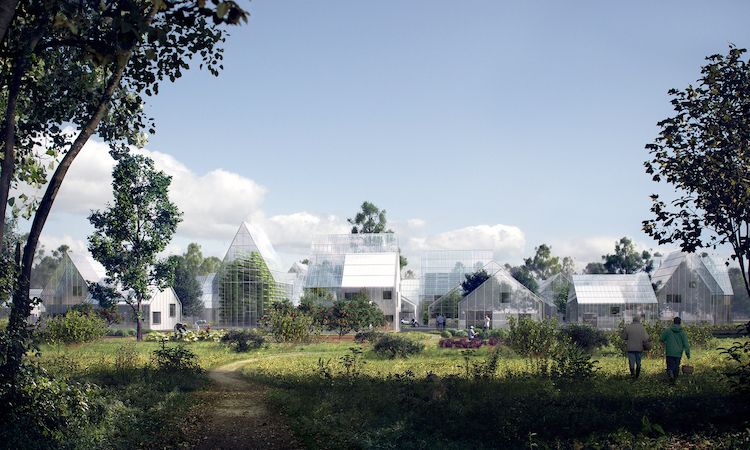 A sustainable development in The Netherlands generates its own energy and food. Photo credit: EFFEKT

ReGen Villages Holding, B.V., a visionary real estate development company founded by entrepreneur and developer James Ehrlich, is piloting its first 100 homes across 15,500-square-meters in the planned city of Almere in The Netherlands with construction set for this summer. The company is also developing four other eco-villages in Sweden, Norway, Denmark and Germany and has partnered with Copenhagen-based architectural firm EFFEKT as the global architectural framework company.

The village features a slew of already-existing green technologies such as energy-positive homes, mixed renewable energy sources, energy storage, organic food production, vertical farming, and aquaponics, water management and waste-to-resource systems. ReGen itself stands for “regenerative,” an apt name for a village that aims to have its input and output entirely full circle.

“Today we spend 40 percent of the surface of our continents producing food,” EFFEKT co-founder Sinus Lynge explained to DW. “Food production is the single largest emitter of greenhouse gasses, the biggest driver of deforestation and responsible for 70 percent of our global freshwater consumption. We ship our food from one end of the world to another just to waste 30 percent of the total production before consumption.”

The village’s pre-fabricated homes are enveloped in a glass shell to protect the building from area’s cold and wet climate. The units also include passive heating and cooling systems, built-in solar panels, a garden and water collection. Household waste can be composted or converted into biogas. 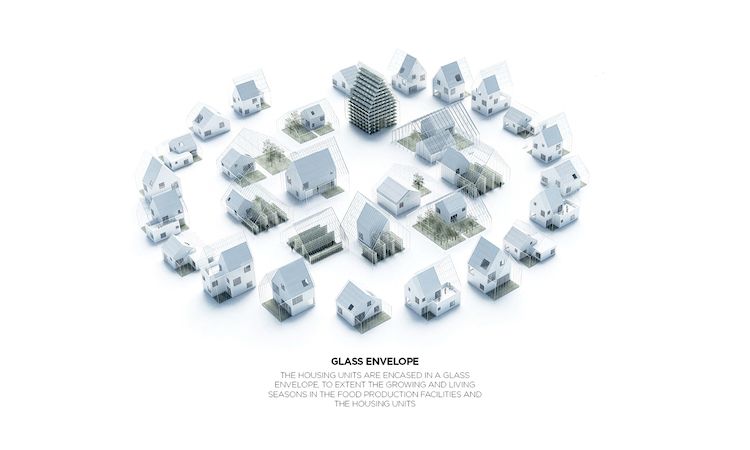 ReGen homes are encased in glass to protect itself from the elements. Now thats truly a greenhouse. Photo credit: EFFEKT

As for food production, the village will host aquaponic and vertical farms. Both urban farming methods require much less space compared to traditional farming methods, meaning they have minimal impact on the surrounding area’s forests and fields and will help preserve its natural beauty.

“ReGen Villages is all about applied technology,” the company points out on its website. “Already existing technologies are simply being applied into an integrated community design, providing clean energy, water and food right off the doorstep. ReGen Villages adds not only environmental and financial value, but also social value, by creating a framework for empowering families and developing a sense of community, where people become part of a shared local eco-system: reconnecting people with nature and consumption with production.”

According to Gizmag, funding for villages has come from investors who have been looking to divest from fossil fuels “into impact and knowledge-based investments.” The company is also working with national and local municipalities that support the project. 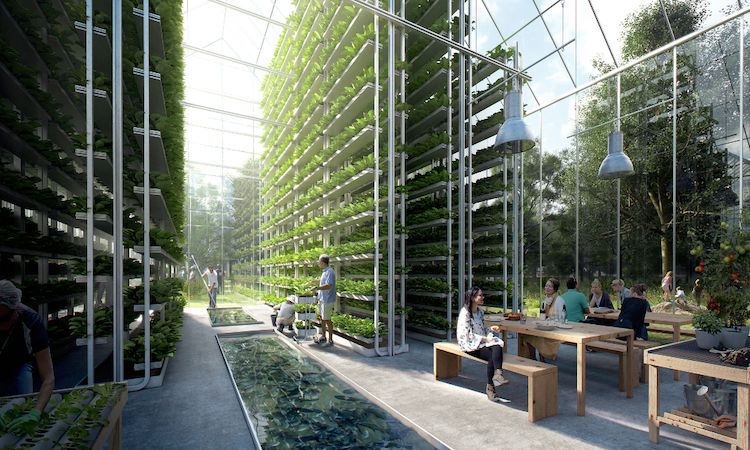 Lynge told DW that if all goes to plan, the first ReGen Village is just the beginning. “We are launching our prototype in Almere, Holland, but the big potential for ReGen lies in developing countries, where billions are moving away from rural communities in search of better living conditions,” he said.

Ehrlich explained, “We tackle the first two hardest climate areas [wet and cold]. Then from there we have global scale—rural India, sub-Saharan Africa, where we know that the population is going to increase and also be moving to the middle class. If everybody in India and Africa wants the same kind of suburbs that we’ve been building so far, the planet’s not going to make it.” 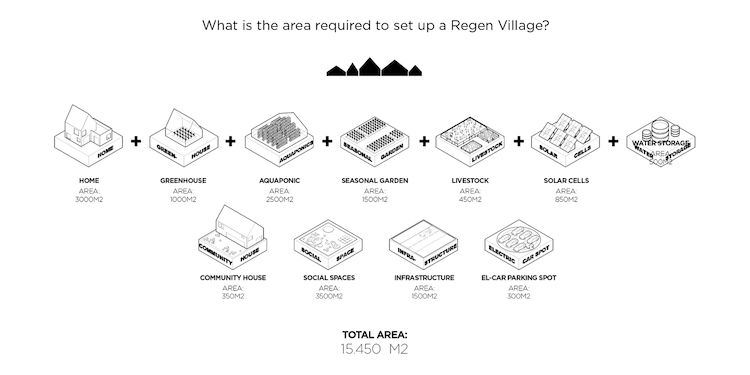