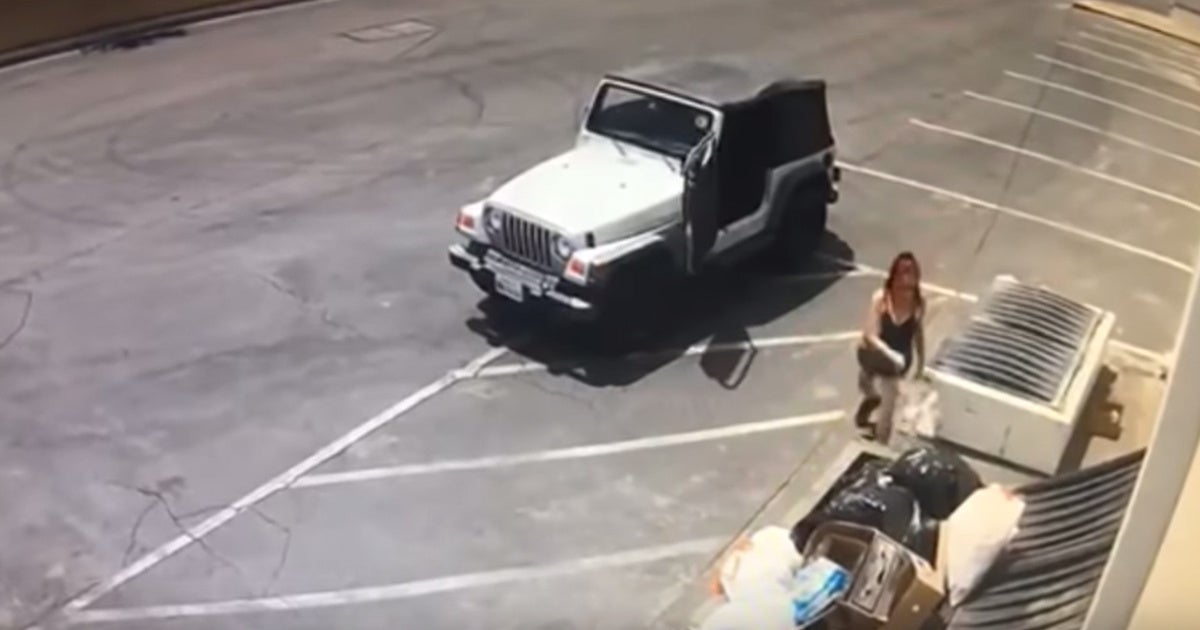 A woman has been caught on camera dumping a bag of puppies near a dumpster in Coachella, California, CNN reported Sunday.

The puppies, seven in all, were discovered by a passerby Thursday afternoon near a dumpster outside a Napa Auto Parts store. A store employee then contacted Riverside County Department of Animal Services, the department said in a Facebook post.

The three-day-old puppies might not have survived if the passerby, named John, hadn’t discovered them, the department said, since temperatures reached the mid 90s that day.

“The Good Samaritan played a major role in saving these puppies’ lives,” Commander Chris Mayer said. “His actions were humane and heroic.”

The department released store surveillance footage Friday showing a woman pulling up to the dumpsters in a jeep around 1 p.m. Thursday. She got out of the car with a clear, plastic bag, approached the recycling dumpster, then tossed the bag next to the trash dumpster and drove away.

Mayer said his department was working with the Riverside County Sheriff and the District Attorney’s office to build an animal cruelty case against the woman.

“There is no excuse for dumping puppies,” Mayer said. “Especially in today’s age when we or other shelters would be willing to get these animals to foster parents or rescue partners. This was a shameful act.”

The puppies, which are believed to be terrier mixes, were initially cared for by the department’s veterinary team. Southern California group MeoowzResQ, which normally specializes in cat and kitten fostering, has agreed to take over their treatment. The puppies need to be bottle fed and closely watched for a few weeks, Newsweek reported.

The department emphasized that there is never any need to abandon puppies, Newsweek reported. There are shelters open on weekdays in the county which have re-homed around 5,000 dogs between 2017 and 2018, according to department data.

It is not yet known how severe a penalty the woman will face for her actions. California animal cruelty laws allow for both misdemeanor and felony charges.

According to the best estimates of the Humane Society of the United States, six to eight million cats and dogs enter shelters in the U.S. each year. Around four million are adopted from shelters annually, and sadly three million are euthanized. Of those euthanized, around 2.4 million were healthy and could have been treated and adopted.