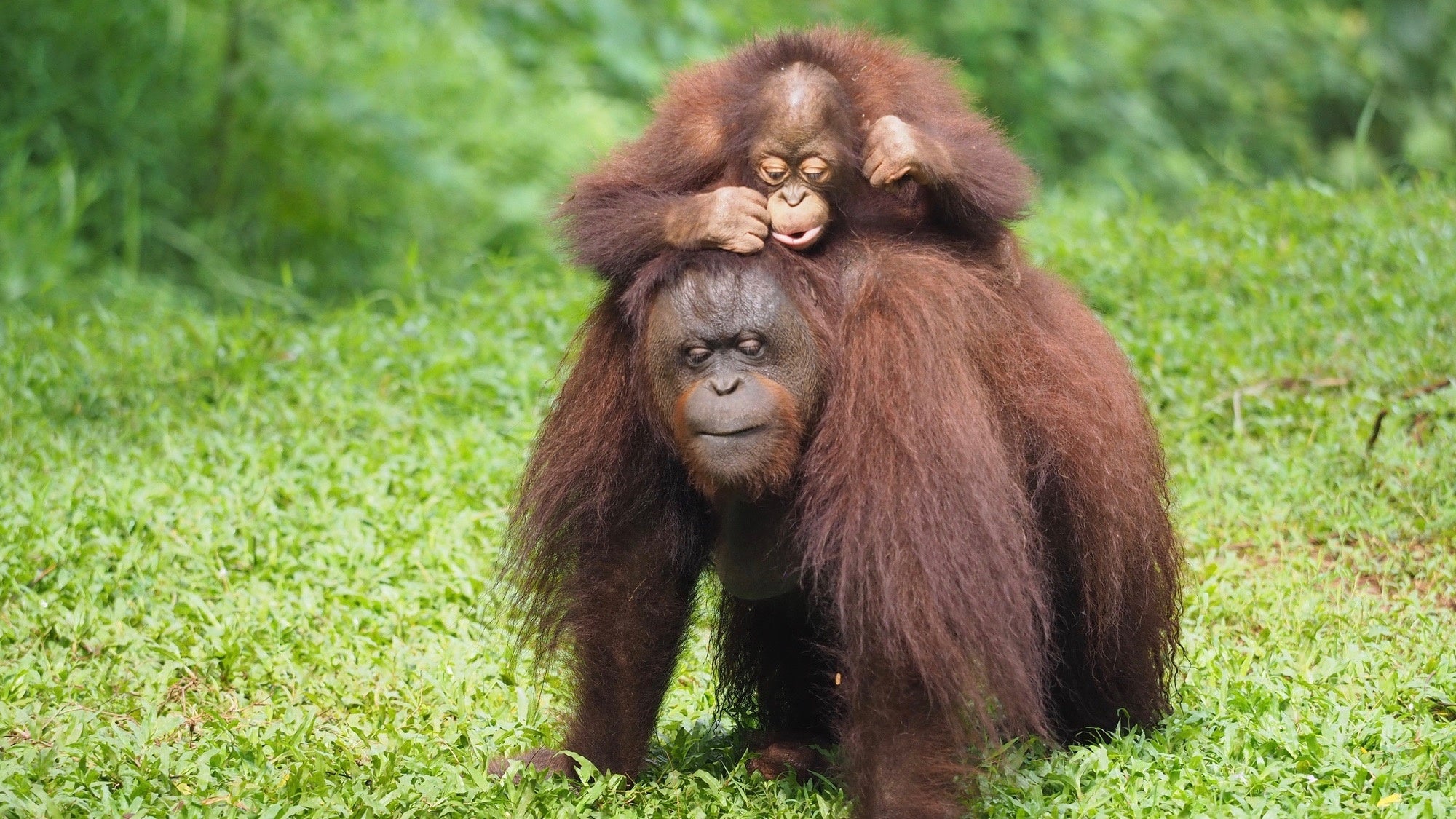 To be a good wildlife photographer, you need an expertly trained eye. But good ears help, too.

Melissa Groo learned that early on. Her unconventional path to become an award-winning wildlife photographer began with listening.

Spurred by a deep curiosity about the way animals communicate, she left a job in Ohio focused on school reform and moved to Ithaca, N.Y., to study with renowned zoologist Katy Payne, an expert in the field of bioacoustics.

During six years as a research assistant with Payne at Cornell’s Center for Conservation Bioacoustics, including two field seasons in the Central African Republic, Groo built a lot of the skills she’d come to use later: waiting, watching and also listening.

Several years later, when she took a digital photography class at a community college and became hooked on the craft, she realized she could combine that new skill with her work in conservation and her compassion for animals.

Today her work is represented by the National Geographic Image Collection. She writes a regular column for Outdoor Photographer, is a contributing editor for Audubon and helped create a Guide to Ethical Bird Photography with naturalist Kenn Kaufman.

The Revelator spoke with Groo about why empathy is a key skill in wildlife photography, the challenges of an ethical practice in the social media age, and her favorite shot.

What drives you in your work, and what do you hope people learn?

The world is full of pretty pictures and digital photography has made incredible photography possible by so many of us now. But I feel that, especially given the state of the world and the environment, what’s needed more than just a pretty picture is a sense of advocacy and a real sense of conservation and compassion.

I’m very much drawn to the accuracy and honesty in the depiction of an animal and really showing the challenges to that animal’s life or interesting behavior that we haven’t seen much in pictures before.

I’ll do quite a bit of research before I share a photo or before I talk about a particular issue because I’m often seeking to educate with my photos about a particular challenge that a species is facing or ways that we can better support local wildlife.

So I tell that complete story and then I use that story in a number of ways to try to educate people and give them information about how we can avoid things like this in our community.

You’ve written a lot about the ethics of your field. How do wildlife photographers make sure they aren’t harming wildlife?

It’s about building a caring and compassion for the subject into your fieldcraft. And I think that gets lost a lot in this day and age when social media is king and people are trying to get the most “likes.” They’re cutting corners sometimes at the expense of the subject.

We want to get close, as photographers, but we need to know how to minimize our disruption. It’s really incumbent on us because wildlife face so many threats and challenges from all sides.

I always recommend that people study their subject before they go photograph to learn about the stressors for this animal, their habits, the signs of alarm or distress and how can we be better alert to those signs. People need to know if a particular animal is likely to abandon its nest or its den if you’re hanging out there for hours.

As important as knowing the right settings on your camera is building that empathy and that care into your fieldcraft and really thinking whether a picture is worth it. To us, this is just about a photo. But to wildlife, every single moment is about survival.

It seems like some wildlife photography can actually be downright exploitative. How do we as viewers recognize those images?

I’m really passionate about the photography of captive animals and trying to educate people on how to make choices about what sorts of facilities are ethical and really do care for their animals. And what sort of facilities, such as photography game farms, are completely exploitative.

At these game farms wild animals are kept in small cages, except when they’re trotted out for paying photographers. And when these photographers go away with these photos and they don’t tell the truth of these animals’ lives and they try to hoodwink their viewers into thinking this is authentically in the wild, it gives a lie to that animal’s life. And to me, it does an injustice to the animal as well as to the field of authentic wildlife photography.

Unfortunately the onus is on us now to differentiate ourselves from the unfortunate practices that are a blemish on the entire field of wildlife photography, like baiting of raptors. I think it’s really important for people to give accurate and honest captions and to let people know how you got a shot. It’s one way to stand out from photographers who don’t care about animal welfare and will do whatever it takes to get that stunning shot that’s going to get them a lot of likes on social media.

You initially got into conservation work because of your interest in sounds, particularly how animals communicate. We think of photography as being very visual, but do you rely a lot on listening?

Yes, having learned the sounds of birds has been a great tool for me. I live next to this big state forest and I’ll drive through with all my windows rolled down and I’m listening so hard. When I hear a species that I’m interested in, I know that I can stop and invest time trying to track that bird down and trying to photograph it.

I also use the sounds of other animals to alert me to something that I want to photograph.

I think it really helps you to be a better photographer if you’re a naturalist — even if you’re just a real amateur naturalist, which I consider myself.

Do you have a favorite species you like to photograph?

I love birds — just my backyard birds — owls and all kinds of birds.

I’m also really passionate about predators, particularly wild dogs like coyotes and foxes. And wild cats, like bobcats and lions. I’ve never seen a lynx but it’s high on my list.

I’m fascinated with elusive predators. I feel there’s a real place for them in natural communities and I’m always trying to change minds about them. A lot of people regard these animals — mostly bobcats, foxes and coyotes — as varmint. And that makes me crazy. I think these are really special animals and knowing that they are around me where I live in upstate New York just lends so much magic and mystery and beauty to the landscape.

I love to travel to Africa and photograph the exquisite animals there. And I’ve loved photographing the spirit bear in British Columbia. But my favorite photo of all time was taken two miles from my house because it was two miles from my house. But also because it depicts a bobcat mother and her kit nuzzling each other. It’s such a rare photo and it’s such a rare moment in the wild to have been able to glimpse and to have captured on film.

It’s those moments that I live for.