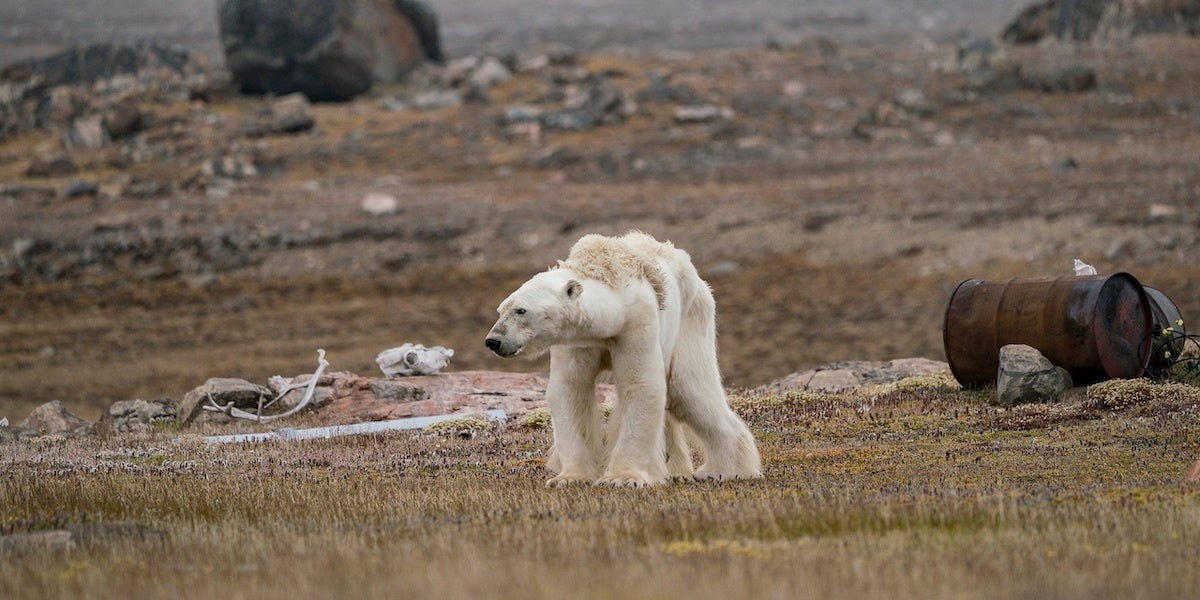 The Natural History Museum in London announced on Wednesday the winner of the Wildlife Photographer of the Year: LUMIX People’s Choice Award.

“I’m so pleased that this image did well because it illustrates the emotion and feeling of animals and emphasizes that this is not limited to humans,” Lloyd said in a press release.

“It is something I think more people need to be aware of for the sake of all animals,” he added.

Lloyd, who is from New Zealand and based in London, talks about how he caught the heartwarming scene here:

The public chose Lloyd’s photo out of 25 pre-selected images by the Natural History Museum. The museum made its shortlist from more than 45,000 submissions across 95 countries.

Museum director Michael Dixon praised the photographer for capturing a tender moment between the wild animals.

“Lions are individuals with complex social bonds, and David’s winning picture provides a glimpse into their inner world,” Dixon said in the release. “A truly stunning photograph, this intimate portrait reminds us that humans aren’t the only sentient beings on this planet. I hope the empathy and wonder garnered by this image will inspire more people to become advocates for nature.” These two adult males, probably brothers, greeted and rubbed faces for 30 seconds before settling down. Most people never have the opportunity to witness such animal sentience, and David was honored to have experienced and captured such a moment. The picture was taken in Ndutu, Serengeti, Tanzania.
Bond of Brothers by David Lloyd, New Zealand / UK

Lloyd’s photograph can be seen at an exhibition at the Natural History Museum until June 30 along with other “highly commended” entries, including the four shown below.

These include Matthew Maran’s shot of a fox walking towards graffiti art of another fox in north London; Bence Mate’s picture of three painted wolves playing with the leg of an impala; and Wim Van Den Heever’s photo of three king penguins on a beach in the Falkland Islands.

One of the most striking pictures in the top five is Justin Hofman’s devastating photo of an emaciated polar bear in the Canadian Arctic. According to the image caption, the American photographer’s “whole body pained” while watching the starving bear at an abandoned hunting camp.

“With little, and thinning, ice to move around on, the bear is unable to search for food,” the caption states. 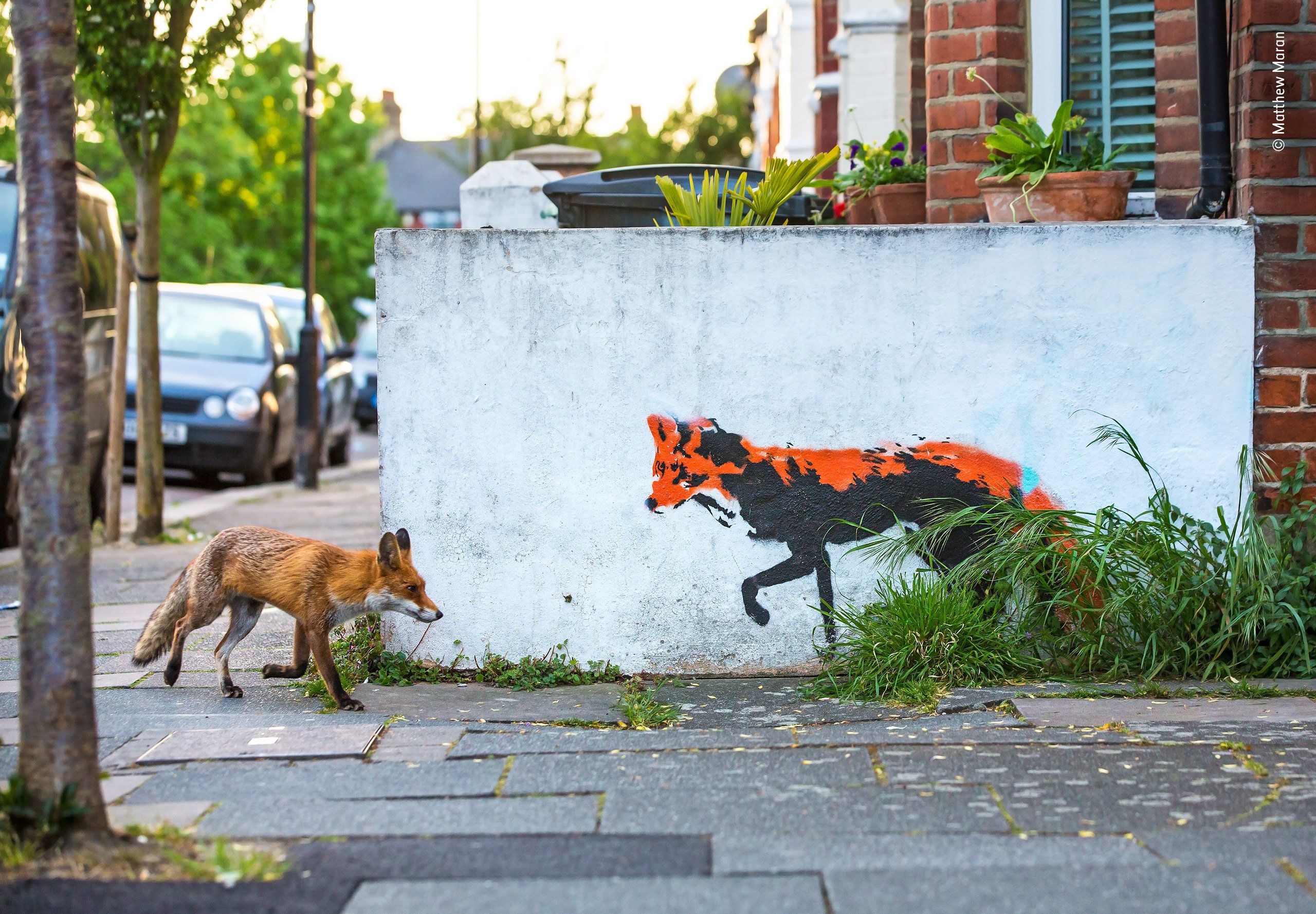 Matthew has been photographing foxes close to his home in north London for over a year and ever since spotting this street art had dreamt of capturing this image. After countless hours and many failed attempts his persistence paid off.Fox Meets Fox by Matthew Maran, UK 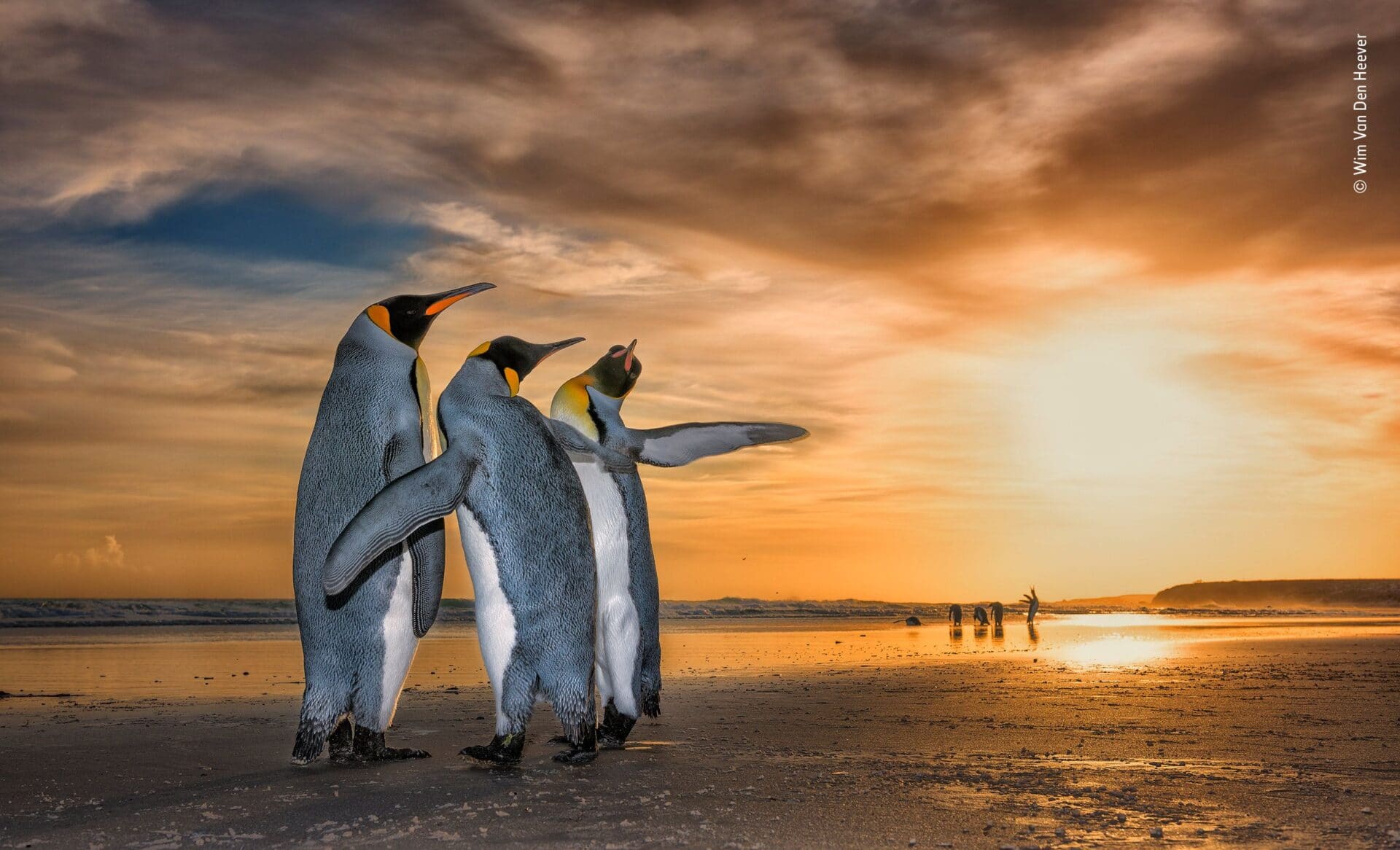 Wim came across these king penguins on a beach in the Falkland Islands just as the sun was rising. They were caught up in a fascinating mating behavior—the two males were constantly moving around the female using their flippers to fend the other off.Three Kings by Wim Van Den Heever, South Africa 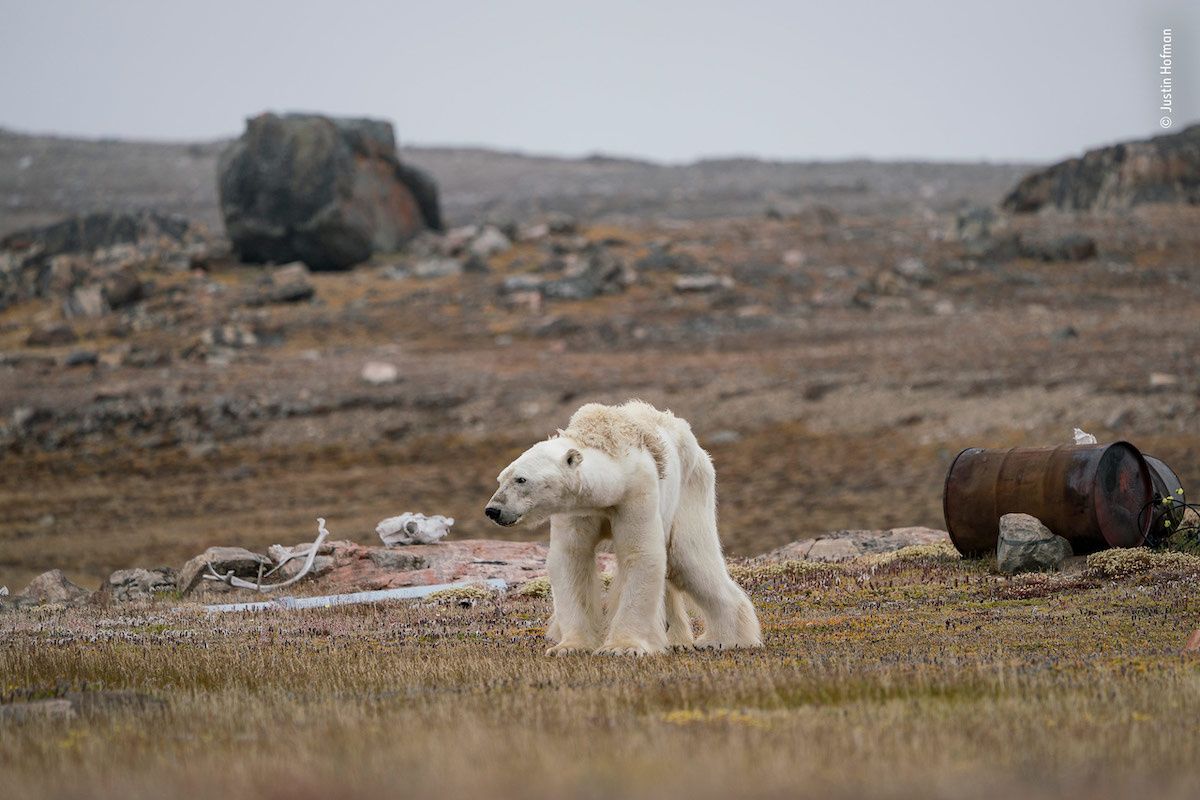 Justin’s whole body pained as he watched this starving polar bear at an abandoned hunter’s camp, in the Canadian Arctic, slowly heave itself up to standing. With little, and thinning, ice to move around on, the bear is unable to search for food.A Polar Bear’s Struggle by Justin Hofman, USA 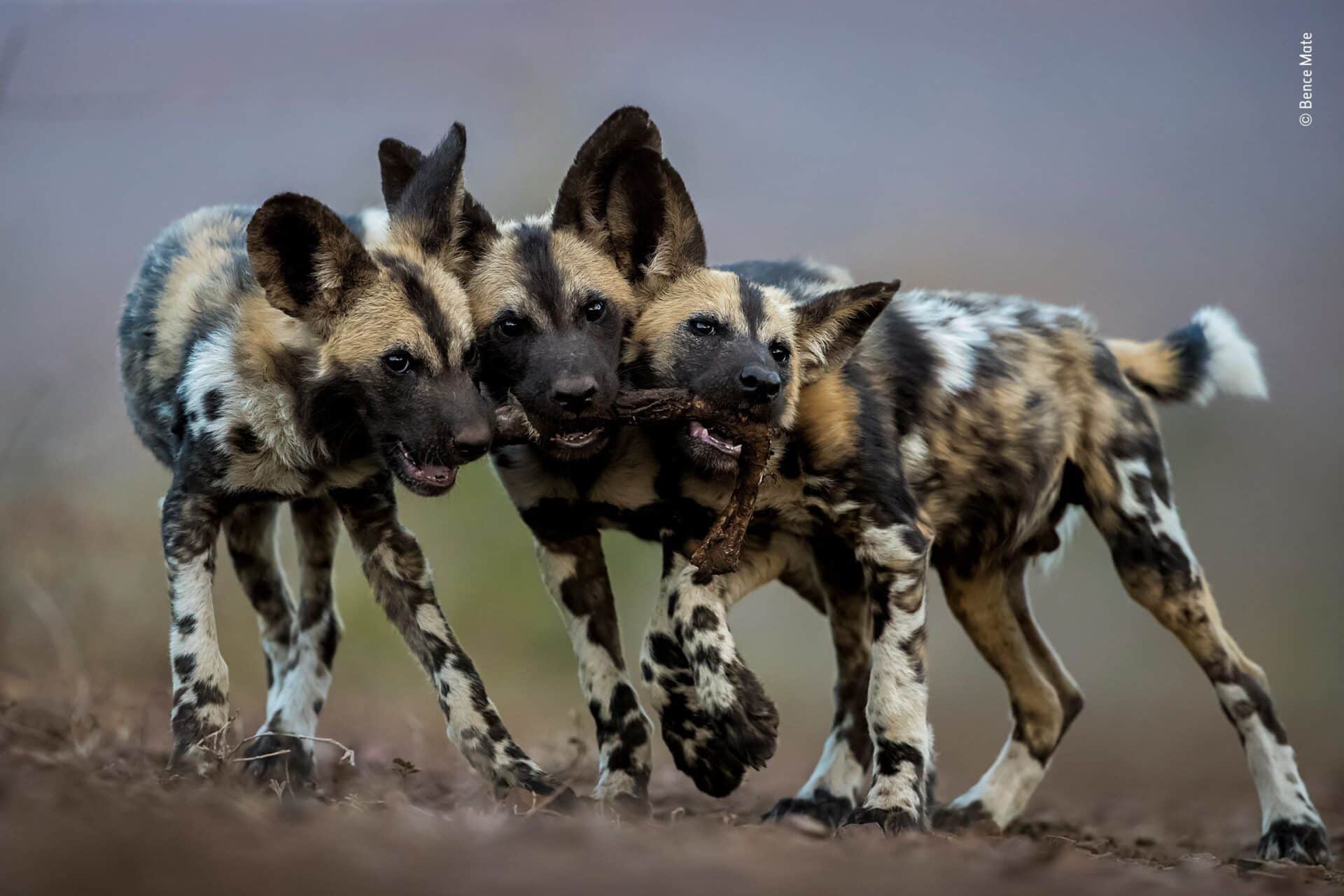 While adult African wild dogs are merciless killers, their pups are extremely cute and play all day long. Bence photographed these brothers in Mkuze, South Africa—they all wanted to play with the leg of an impala and were trying to drag it in three different directions!One Toy, Three Dogs by Bence Mate, Hungary