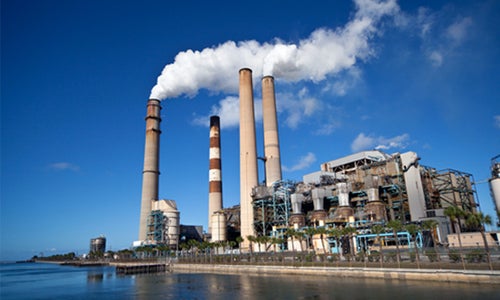 This article is the first of a three-part series on the Future of Electricity. Read Part II and Part III.

The vicious coal industry/right-wing attack on President Obama’s proposed Clean Power Rule is not fundamentally about the rule itself. Substantively, the proposal is simply the fulfillment of one of George W. Bush’s 2000 campaign promises—to clean up carbon pollution from power plants. 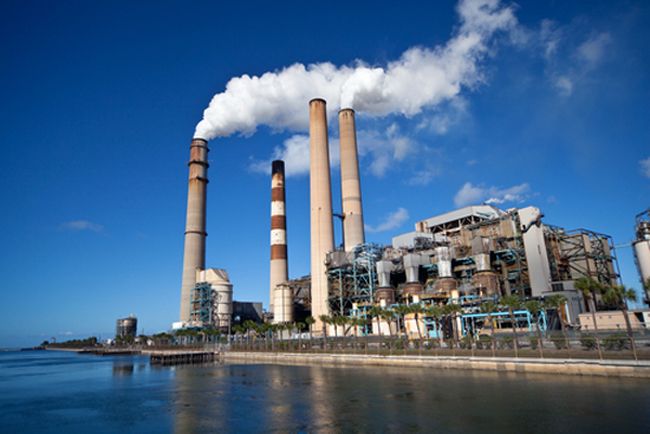 The real arguments against the Clean Power Rule are quite different—they are that carbon pollution should not be regulated at all, because global warming is not a sufficiently serious threat.

Amidst groans and outcries of Presidential overreach, the reality is that such a rule was mandated by the Supreme Court. It establishes a carbon dioxide emission limit for each state’s utility sector by 2030. State targets vary depending on how easy or hard it will be for them to clean up. States are given a wide choice of techniques to meet the emission targets. They can use any combination of technologies they choose, as long as they get the job done. Some utilities vociferously oppose the rule others support it, while a third group is asking for modifications in exchange for support.

The U.S. Environmental Protection Agency (EPA) has estimated that about 1/7, 50 GW, of the nation’s coal fired power plants are likely to be retired as a result. By contrast, EPA’s recent mercury rule is expected to shut down 1/5 of the fleet, far more plants than the carbon rule.

So why the outcry against the Clean Power Rule? Quite simply, its adoption will establish that U.S. is serious about averting the threat of global warming, that coal’s future as a primary fuel is coming to an end, and that the U.S. utility sector is poised to go through the most fundamental changes in 90 years.

As a result, the arguments being made are almost devoid of policy substance—because they are not really about the rule, but about what the rule symbolizes. Most of the attacks focus on legal technicalities and overheated constitutional rhetoric. None of them convincingly argues that cleaning up carbon pollution and shutting down outmoded, dirty power plants will be bad for the American economy.

A group of states has already sued EPA for example, arguing that a missing comma in the Senate passed version of the Clean Air Act prevents EPA from regulating power plant carbon pollution under Section 111(d) because it is already regulating toxic pollutants from those plants under another Section. Lawyers say the courts could go either way. But it’s clear that the Clean Air Act did not intend to force EPA to choose between cleaning up toxics or cleaning up carbon. No one has offered a rational basis for handicapping the agency in this way. It’s just a glitch.

Then there is the argument, best explained by David Roberts in Grist, that states should be able to comply with EPA rules using flexible approaches, but EPA cannot consider these opportunities.

EPA wants to allow states to reduce emissions not only by cleaning up individual power plants, but also by encouraging energy efficiency and other system wide reforms. Critics argue that Section 111(d) of the Clean Air Act allows power companies this kind of flexibility in meeting EPA’s standards once they are set, but that EPA cannot consider such flexibility in setting the standard. Again the courts will decide how the law should be read. But allowing flexibility is clearly good public policy. If inefficiencies in the electric sector are driving up pollution and it’s cheap to clean it up, why shouldn’t state standards reflect that opportunity?

Finally, Peabody Coal hired Harvard constitutional law scholar Lawrence Tribe to thunder that the Clean Power rule will rend the fabric of American society by depriving the states of their autonomy and his client, Peabody, of its property.

This argument is so difficult to make that a lawyer of Tribe’s caliber was clearly needed. (And why Tribe, whose career was built on protecting vulnerable clients like he disabled wrongly deprived of their pension benefits should take Peabody as a client, a company which exploited federal bankruptcy law loopholes to strip thousands of long time workers, many disabled, of health care and pensions is perplexing.

Fortunately Tribe fails. His brief for Peabody offers standard constitutional principles, but applies them to utterly phantasmagoric facts, perhaps provided by Peabody. Ignoring decades of regulation of power plant pollution, and the signature by three US Presidents on international agreements calling for halting global warming, Tribe begins by claiming that there is an established national policy of favoring coal and leaving its pollutants unregulated. He then argues that the Clean Power Rule upends that policy. It thus… represents a radical shift in federal policy that upsets settled, investment-backed expectations…”  Therefore the Rule violates the 5th Amendment because it effectively destroys the value of Peabody’s vast coal reserves.

But the rule does not even regulate Peabody. Its only impact will be fewer customers for less coal—but dozens of previous EPA rules have similarly impacted the market for various products, including coal. Tribe bases his 5th amendment taking claim on an allegation that the Clean Power Rule’s “intent” is to shut down all coal usage in the U.S.—which is perfectly preposterous, whatever I and climate scientists might like EPA to do. The rule will leave plenty of coal plants up, running and interested in Peabody’s coal—if the price is right.

Tribe also claims that the rule “seeks to commandeer state governments in violation of the Tenth Amendment.” Why? Because. The Proposed Rule goes to great lengths to appear as though it permits states some degree of freedom, but in truth it offers only Potemkin choices. The state is given leeway to “assign the emission performance obligations to its affected (power plants),” but only “as long as, again, the required emission performance level is met.”

This last sentence is true—and irrelevant. Under the proposed rule EPA sets the emission limit for each state. The standard must be met—or EPA will write its own plan for the state. But this is how the Clean Air Act has worked since 1970. EPA sets standards. States can meet them. If they fail EPA writes its own plan. Tribe never even hints at why carbon pollution from power plants should be different from fluoride pollution from chemical factories.

Tribe’s overall argument on behalf of Peabody is also in shocking contrast to his earlier views on the role of EPA in regulating carbon dioxide. In 2010 he argued that the courts lacked legal standing to take up the issue of nuisance damages from climate change, precisely because EPA had been delegated to regulate global warming pollutions:

“Congress, through the Clean Air Act and other measures, has empowered the Environmental Protection Agency to regulate greenhouse gases, and that agency has begun to do so, prodded by a Supreme Court ruling in favor of Massachusetts when the state sued the EPA to compel it to take up the problem. The courts should reject the political and administrative roles that would be thrust upon them by litigants dissatisfied with Congress’s decision to entrust the EPA with this challenging mission.”

The real arguments against the Clean Power Rule are quite different—they are that carbon pollution should not be regulated at all, because global warming is not a sufficiently serious threat. But these arguments were dismissed by the Supreme Court years ago—so opponents of the EPA plan have been forced back on desperate legalisms to hold back the future—whose outlines I will look at in my next two postings.