Why U.S. LNG Exports to Asia Would Be Worse Than Building a New Coal Plant in China 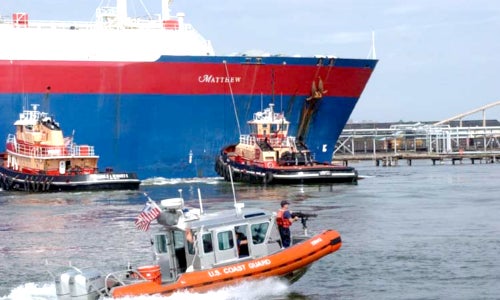 While researchers have already exposed how the presence of methane debunks the notion that natural gas is a clean energy option, a new study shows that things don’t get any better when the gas is liquified and exported.

Ironically, that study comes from the U.S. Department of Energy—the same agency that has been approving liquefied natural gas (LNG) export terminals in places like Oregon and Maryland. Despite its intention of presenting LNG in a positive light when compared to coal, the DOE study, “Life Cycle Greenhouse Gas Perspective on Exporting Liquefied Natural Gas from the United States,” actually ends up showing that LNG exports to China would impact the climate in a worse fashion than if China constructed its a new coal-fired plant.

Yet again, methane is the reason why. 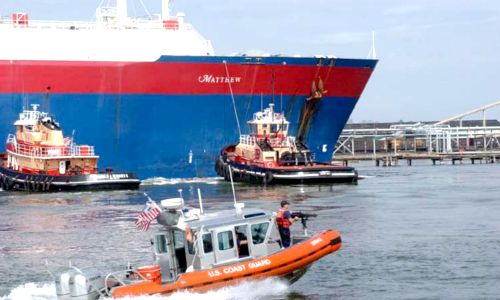 The conclusion that LNG exports to Asia would be worse than a new coal plant in China is hidden in a new U.S. DOE report. Photo credit: Federal Energy Regulatory Commission

LNG exports offer a climate advantage over coal in a 100-year scenario or “lifecycle,” the DOE concludes. However, over the next 20 years—when the U.S. and others want to reduce carbon and greenhouse gas emissions—the impact is worse, analysts at the Chesapeake Climate Action Network (CCAN) realized after looking at the DOE report.

“Given the fact that the Intergovernmental Panel on Climate Change warned in their latest report that global greenhouse gas emissions will have to fall between 40 to 70 percent within the first half of this century to avoid irreversible climate ‘tipping points,’ there is a compelling scientific rationale for using the 20-year instead of 100-year timeframe when measuring methane emissions,” CCAN Chief Policy Analyst James McGarry and Director Mike Tidwell wrote in a summary paper.

The LNG lifecycle leakage rate would need to stay below 1.9 percent when exporting to Europe and and 1.4 percent for Asian exports. However, model rate in the DOE report is 1.6 percent when comparing U.S. LNG and foreign natural gas to coal.

The DOE claimed an advantage over a lifecycle, despite the White House stating that methane presents about 20 times the global warming effect of carbon dioxide when President Barack Obama announced a plan specifically for methane in March.

“[The DOE is] putting together a best case scenario and still you get worse than regional coal over 20 years,” Tidwell told the Washington Post. “If you take anything other than this rosy scenario you get significantly worse than coal over 20 years. The whole clean gas argument for shipping it to our friends falls apart.

“This is the first official quantification of the realistic weakness of part of their core argument.”

Why Natural Gas is a Bridge to Nowhere