Why No Nation Should Wait to Set Emissions Reduction Targets 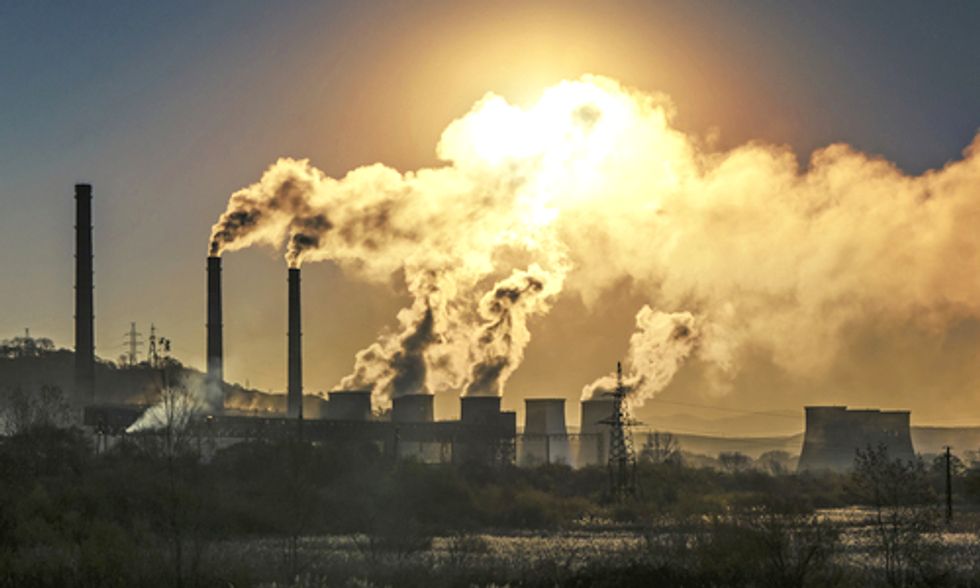 By Kelly Levin and David Waskow

As countries negotiate a new international climate agreement for the post-2020 period—including at this week’s intersessional meeting in Bonn, Germany—the key choices for putting the world on a secure pathway to a low-carbon future should be front-of-mind.

The new agreement will be essential for putting in place the policies beyond 2020 that ensure a shift from high-carbon to low-carbon and climate-resilient investments. To do this, the agreement will have to send the right signals to governments and businesses about the trajectory we need to be on.

With that in mind, a central question facing the international community is: What will the time frames be for countries’ post-2020 emissions-reduction contributions?

As countries negotiate a new international climate agreement, they need to agree on what time frames for international targets.
Photo courtesy of Shutterstock

Now is the time to begin answering this question, as countries are required to propose their emissions-reduction contributions by March 2015. Getting the time frames right is essential to ensuring that the international climate agreement is both effective and ambitious. Should these contributions—which will begin in 2020—cover a period of five years to 2025? Or a period of 10 years to 2030? Or some combination? And should the agreement also include a long-term collective goal, such as phasing out greenhouse gas emissions by 2050?

The answers to these questions hold significant consequences for the future of climate change action. It’s imperative that countries take them into account—both in Bonn this week and at future UNFCCC meetings.

What Emissions Pathways Do We Need in the Short-, Medium- and Long-term?

To consider the pros and cons of various time frames, it’s essential to keep in mind the emissions levels that allow us to meet the UN Framework Convention on Climate Change’s (UNFCCC) goal of keeping global temperature rise below 2 degrees Celsius (3.6 degrees fahrenheit). Exceeding this target would put the world at an increased risk of forest fires, extreme weather and other climate change impacts.

According to the U.N. Environment Program’s recent Emissions Gap Report, global emissions in 2020 should be 44 global total carbon dioxide emissions (GtCO2e) on average for a likely chance of meeting the 2 degrees Celsius target. In 2025, emissions should be 40 GtCO2e on average and drop to 35 GtCO2e by 2030. (A decline of 5 GtCO2e is equivalent to eliminating emissions from all of the world’s cars, buses, and trucks in 2005). By 2050, emissions levels should fall to 22 GtCO2e in order to stay within 2 degrees of warming. For context, emissions in 2010 were roughly 50 GtCO2e.

The scientific community is clear about what needs to be done by when, but what time frame for national contributions is best to put us on the right path and achieve the necessary emissions reductions?

Based in part on research gathered for the GHG Protocol’s Mitigation Goals Accounting and Reporting Standard, we outline the pros and cons of a 2025 versus 2030 contribution time frame, as well as the possibility of an alternative that combines the two. In a later blog post, we’ll also look at the issue of a longer-term collective goal, such as for 2050.

The 2025 end date has a number of pros and cons. Some of the positives include:

However, a shorter time-frame is not without disadvantages:

On the plus side:

However, there are a number of possible disadvantages of the 2030 time frame:

While both time frames have considerable advantages and disadvantages, one potential solution—taking the best of both approaches—is to encourage countries submitting both short- and medium-term contributions, one for 2025 and one for 2030. Given the strengths of each time frame, this approach could, in fact, be the likeliest to yield robust outcomes.

There is precedent for the adoption of coupled targets, as some countries currently have both 2020 and 2050 goals. For example, as part of its domestic climate policy, the UK has embraced a series of short-term targets on the way to meeting a long-term goal of reducing its emissions at least 80 percent below 1990 levels by 2050. Coupled short-, medium-, and long-term contributions can help ensure that a certain emissions pathway is met, which can in turn limit cumulative emissions to the atmosphere over time.

If parties were to pursue coupled short- and medium-term contributions, parties might decide to have one target be fixed and the other indicative. For example, a 2025 contribution could be the one that is more formally inscribed under the agreement, but the 2030 contribution is indicative of the emissions pathway of the country, with a provision for later adjustment if they are in a position make even more ambitious emissions cuts. This could have the advantage of providing investors with long-term signals, while also allowing decision-makers to adopt a more ambitious medium-term target than they otherwise would because there would be a longer period to put needed policies in place. The risk may be that politicians create distractions by putting forward ambitious indicative targets—which may be subject to change—and draw attention away from meager, short-term targets.

Or one could take an alternative approach—making the 2025 contribution an indicative milestone along a pathway toward the 2030 contribution, which the party is accountable for. The question that remains is whether Parties would be ambitious today with a 2030 contribution, especially considering that countries’ current emissions-reduction commitments fall far short of the necessary reductions for limiting warming to 2 degrees Celsius. Would a better outcome be reached if the global community negotiated the medium-term targets or revised them upwards at some point in the future if they are in a position to take more significant action?

A third choice is for the 2025 and 2030 targets to have equal standing as fixed commitments, given the risks inherent in indicative targets. While Parties may not be as ambitious as they would be with an indicative contribution, there would be more certainty. And there could be a mechanism built into the UNFCCC that enables—and encourages—Parties to come forward with increased ambition over time if they are in a position to do so. The idea of a mechanism to continuously ratchet up ambition over time is currently under discussion in the UNFCCC negotiations and should be considered together with the time frames.

Also, it is worth noting that while the spotlight regarding the post-2020 mitigation contributions is focusing on the 2025 versus 2030 timeframe, it is essential that commitments for even longer-term time frames be secured if we are to embrace a roadmap that will shift the world toward a low-carbon future. Indeed, significant dialogue has now begun on how to entirely phase out net greenhouse gas emissions by 2050, which has been found to be technically and economically feasible (watch for our forthcoming blog post on this topic).

It is our hope that these considerations will be taken into account by negotiators when determining the next set of contributions. After all, this is the critical decade for preventing some of the most dangerous climate risks from being locked in for future generations.