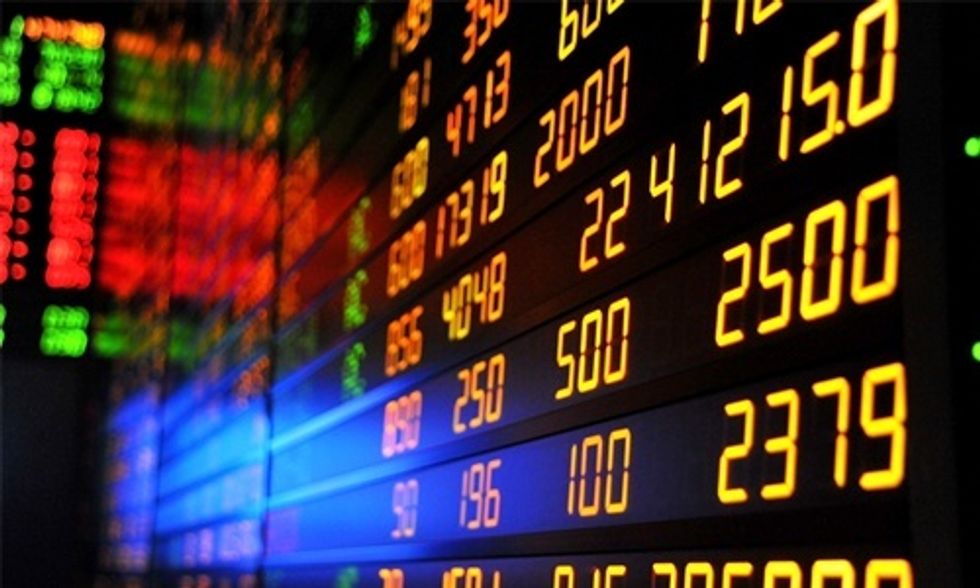 It may not be polite to mention Karl Marx in America, but leading thinkers on the left think that capitalism may be the cause of climate change and that to save the planet the system needs fundamental reform.

According to a new book, the profit motive drives capitalism above all other considerations. It forces us to extract everything from the planet that will generate a surplus at the expense of real benefits to humans and ecosystems.

Fossil Capital: the Rise of Steam Power and the Roots of Global Warming by Andreas Malm, out in hardback from Verso in January 2016, analyzes capitalism’s role in global warming by delving into its past.

Leading thinkers on the left think that capitalism may be the cause of climate change and that to save the planet the system needs fundamental reform.
Photo credit: Shutterstock

The book builds on the work of Naomi Klein’s This Changes Everything: Capitalism vs. the Climate. Both asked whether catastrophic climate change can be averted without at least a major makeover—or the outright elimination—of capitalism.

Malm, a professor of human ecology at Sweden’s Lund University, started with James Watt’s patenting of the rotating steam engine in 1784. This was also the first year that rising carbon dioxide and methane levels were observed in polar ice.

First Malm attacked the accepted theories of David Ricardo and Thomas Malthus, who developed and reinforced the capitalist notion that markets are the cure for all social ills. He showed that mills adopted coal power instead of water only because it enabled mill owners to move to populated areas to find docile and skilled workers, who were in short supply in the countryside.

Coal enabled this move because, once out of the ground, it is highly portable. The machines, of course, eliminated many jobs and made others both simpler and more difficult. Owners started hiring women and children because they were easier to control than adult men.

The demands of the machines set the pace of work and it was only after massive strikes and riots in the 1840s that a 10-hour workday was established. But this, Malm showed, only caused the mill owners to speed up the machinery and make workers adapt further, producing more in less time.

This, in turn, increased the demand for coal. The energy transition fostered a “bourgeois fantasy” that self-sustaining machines, godlike in their power but also biddable, would create a golden age.

Malm framed non-fossil energy—air, water and light—as “the flow”: a constant movement of forces not generated by humans that can sometimes be harnessed for human ends. Coal, and by extension, all further fossil fuels, is “the stock,” something manufacturers can buy, accumulate and use at need.

Humans were extremely vexing to the industrialists because they behaved more like the flow than the stock. Coal-powered engines drastically reduced manufacturers’ dependence on human workers.

“The engine is much more tractable and civil than the hod-man,” Edward Tufnell, a member of the Factories Enquiry of 1833, wrote. “Easier managed, keeps good hours, drinks no whiskey and is never tired.”

Thus, Malm asserted, capital’s switch from water to coal and even later to oil resulted fundamentally from an attempt to dispense with the services of human workers to the greatest possible extent. “Some humans introduced steam power against the explicit resistance of other humans,” he wrote.

Workers were aware of this from the beginning. The millions who flocked to northern British cities, dispossessed by enclosures of formerly public lands, nonetheless hated the factories.

Scotsmen, Malm noted, viewed factories as prisons—and for good reason: the average temperature inside a steam-powered textile factory was 84 to 94 degrees Fahrenheit (about 29 to 34 degrees Celsius).

Levels of carbon dioxide in the air could reach 2,800 parts per million—ten times the atmospheric levels at the time. The faster the mill owners pushed their machines, the more boiler explosions occurred, killing nearly one person per day in the 1850s.

But labor was eventually crushed with the aid of government soldiers. Coal was king and the rest is history. This should be a cautionary tale for the present—if government allies with capital rather than the citizenry, Malm asserted, there will be no stopping climate change.

The grandiose schemes for geo-engineering and other technical fixes bankrolled by the likes of Bill Gates, the major oil companies and the American Enterprise Institute, said Malm, would keep mitigation in the wrong hands—and in any case are too dangerous to try.

Insisting that the real authors of the climate crisis comprise a tiny, all-male, all-white fraction of the planet’s population, Malm objected to calling this the Anthropocene epoch. He would rather call it the “Capitalocene.” And capital, he insisted, is not capable of solving the crisis it created.

What we need instead, he wrote, is a return to "the flow": distributed solar, wind and water power. Moreover, in order to avoid severe damage to civilization, we need to abandon carbon immediately. This can be accomplished only by intentional and decisive governmental action.

The governments that are doing best at this, Malm observed, are state and city governments, which have no obligation to generate profits and are not owned by big capital.

Malm recognized that “socialism is an excruciatingly difficult condition to achieve.” He’s not envisioning a new Stalinist nightmare to replace runaway capital. For one thing, Malm observed, capitalist ideology is so deeply ingrained in society that, quoting Marxist theorist Fredric Jameson, “It is easier to imagine the end of the world than the end of capitalism.”

Still, he says, people must try at least to modify free-range capitalism, echoing the cries of workers who challenged capital in the world’s first general strike in 1842: “Go and stop the smoke!”