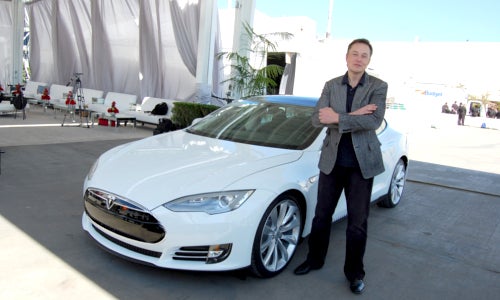 The EV maker wants to build hundreds of them.

Of course, the first one has yet to be built. In fact, the company has yet to even decide whether Texas, Arizona, Nevada or New Mexico would make the most sense. However, that didn’t stop CEO Elon Musk from dreaming aloud at the World Energy Innovation Forum, which was hosted last week at Tesla’s assembly plant in Fremont, CA. He originally said the gigafactory could eventually push the cost of lithium-ion cells down by 30 percent, but has since amped up that prediction.

“I think we can probably do better than 30 percent,” Musk said, according to Bloomberg. “[With automakers increasing demand] there’s going to need to be lots of gigafactories. Just to supply auto demand you need 200 gigafactories.” 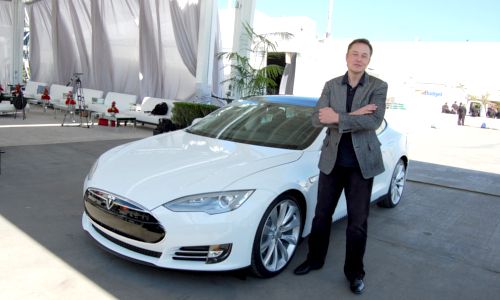 Despite not even deciding on a location for the first “gigafactory,” Tesla CEO Elon Musk says building hundreds would help bring the cost down on the lithium-ion batteries that power electric vehicles. Photo credit: pestoverde/Flickr Creative Commons

Despite the mystery surrounding the first gigafactory’s location, Musk said a groundbreaking could take place as soon as next month. Battery production could start in 2017. The facility would also produce stationary energy storage devices to SolarCity Corp., one of Musk’s other companies.

In response to Musk’s comments, the Wall Street Journal asked experts and members of the industry if they believed the executive’s plans were realistic. While none of the respondents said, ‘no,’ nearly all expressed that building one gigafactory would be a huge risk, let alone hundreds.

“If I were in Musk’s shoes, I’d be on a jet tomorrow to go to [battery makers] LG Chem, Panasonic, GS Yuasa, and telling them this is our long-term projection. But if [they couldn’t commit to meeting my needs], I wouldn’t be discussing this grand design, this mythical plant,” said Bill Reinert, who was national manager of Toyota Motor Sales U.S.A. Inc.’s advanced-technology group from 1990 to 2013.

“What I would start out with would be bare-bones manufacturing and make sure that we are making as many of the product as we need.”

Musk told CBS’ 60 Minutes earlier this year that he’s not only unafraid of failure, but that he actually expected his company to fail. Some of the Wall Street Journal respondents said the gigafactory venture could either be a booming success or a death blow to Tesla’s hopes.

“The difficult part is if you get out in front of demand and the industry just doesn’t make it,” said David Vieau, who was CEO of lithium-ion battery maker A123 Systems for a decade before it was purchased by the Wanxiang Group in a bankruptcy auction.

“It could be a tremendous success in five years, but if you are caught with a factory at the [wrong] time, that’s where the obituary comes in. What [Tesla] is saying is that they need the capacity. It’s unlikely their suppliers are going to take the risk. They are going to have to take it themselves.

“The risk associated with their growth will be theirs.”

How Tesla’s Massive ‘Gigafactory’ Could Lead to 500,000 EVs Per Year