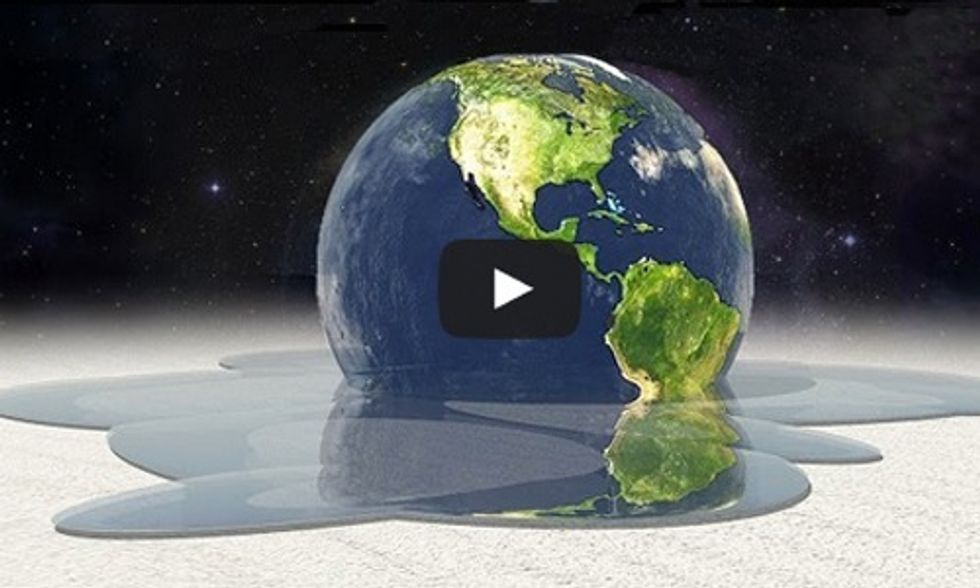 This country "could become the first state in history to be completely erased by the sea," says Evan Puschak of the Seeker Network. It's the planet's lowest country. "On average, it's only five feet above sea level," says Puschak. If the oceans continue to rise, as predicted, 77 percent of this country will be under water by the end of the century. If the rate of rise increases even more, as a new study suggests, the country could even be submerged by 2085.

And it's not alone, many other low-lying island nations face a similar fate. Find out which country could be under water in our lifetime:

It's not just low-lying island nations either. "A recent study says we can expect the oceans to rise between 2.5 and 6.5 feet (0.8 and 2 meters) by 2100, enough to swamp many of the cities along the U.S. East Coast," says National Geographic. "More dire estimates, including a complete meltdown of the Greenland ice sheet, push sea level rise to 23 feet (7 meters), enough to submerge London."

And today, The Miami New Times reports that a Dutch sea level expert, Henk Ovink, is calling Miami, Florida "the new Atlantis" because “Miami will no longer be a land city, but a city in the sea.”

Sea level rise is caused by thermal expansion (when water warms up, it rises), melting glaciers and polar ice caps, and ice loss from Greenland and West Antarctica—all of which are caused by climate change, according to National Geographic.

Earlier this week, NASA scientists reported that a massive ice shelf in West Antarctica will be gone in a few years. Which begs the question: What happens if all the world's ice melts? Julia Wilde at Discovery News explains what will happen as more and more of the world's ice melts.

President Obama: Climate Change Is an ‘Immediate Risk to Our National Security’