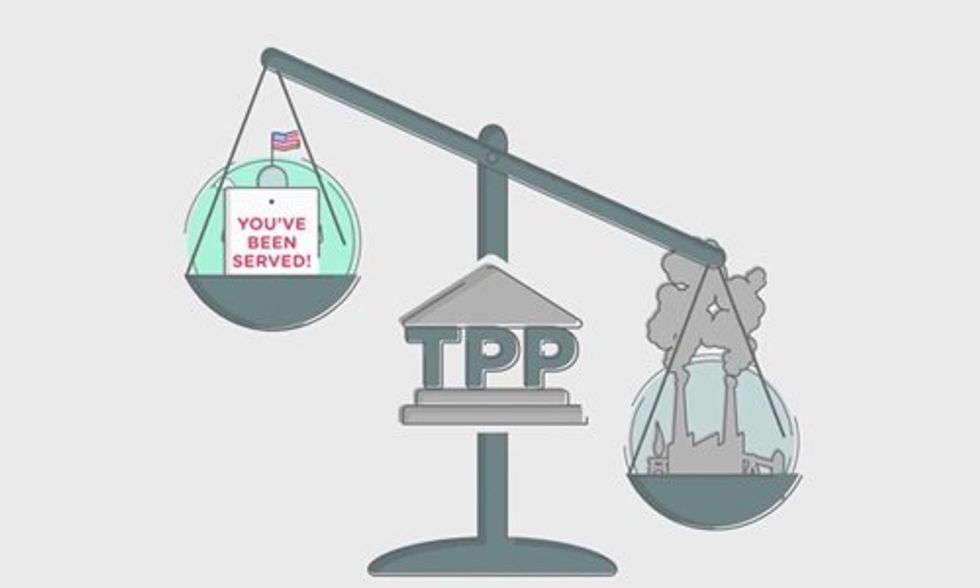 The Sierra Club put together a video to help explain in simple terms why the Trans-Pacific Partnership (TPP) would threaten our ability to tackle climate change. The minute-and-a-half video, released yesterday, is part of the organization's campaign to demand fair trade, not toxic trade.

The video shows how the TPP, a massive proposed trade deal with 11 other Pacific Rim nations "would empower multinational corporations to sue the United States government in private trade courts over domestic laws." It would also "require the U.S. Department of Energy to automatically approve all exports of natural gas to countries in the pact, opening the floodgates to fracking across the U.S."

The video ends by saying, “This is just some of what we know about the TPP. What lurks in the shadows of the pact may be even worse. The time has come to build a new model of trade that puts communities and our environment above corporate profits."

“In under two minutes, this video tells the truth about a trade deal that the U.S. Trade Representative is hiding from the public” said Ilana Solomon, director of the Sierra Club’s Responsible Trade Program. “Clean air, clean water and climate activists around the world can help bring this environmental disaster into the light of day by watching and sharing this video.”