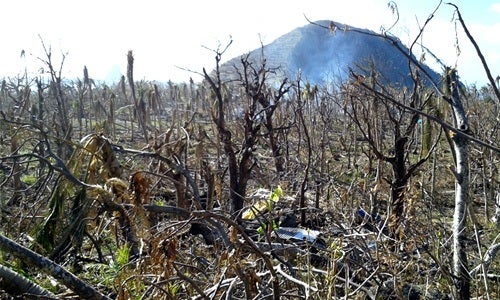 Last month, I visited the Solomon Islands to meet with Global Greengrants’ Pacific Islands Advisory Board. I had naively imagined hot sun and wide beaches, with tropical forests at the shorelines. Instead, it rained torrentially for several days. This is because Cyclone Pam was forming off the coast of the Solomons and storming its way toward terrible devastation in Vanuatu. 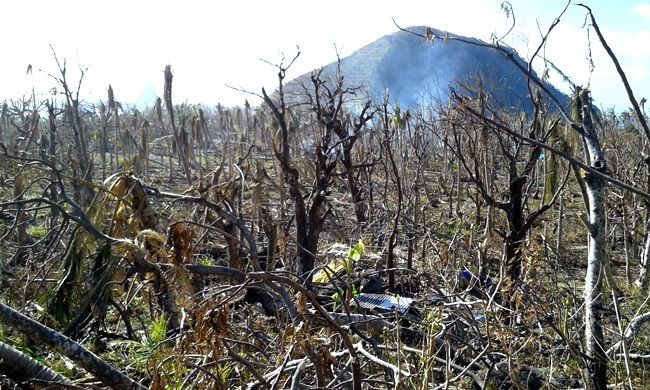 There were no beaches in Honiara, where I was staying. The shorelines are eroding away due to sea rise and storm surges. Sea level around the Solomons has been rising by 8 millimeters per year, more than twice the global average.

In Honiara, I observed waves crashing just short of a seaside restaurant and onto the floor of an open-air coffee shop and bar. An employee calmly mopped the water away, as if this would stop it from flooding again.

Global Greengrants advisor in the Solomons, Willie Atu, who works for The Nature Conservancy, says, “The Pacific Islands’ small population, limited resources, remoteness and economic dependence on foreign aid increase their vulnerabilities, making them more susceptible to the onslaught of natural disasters, including that of climate change.” 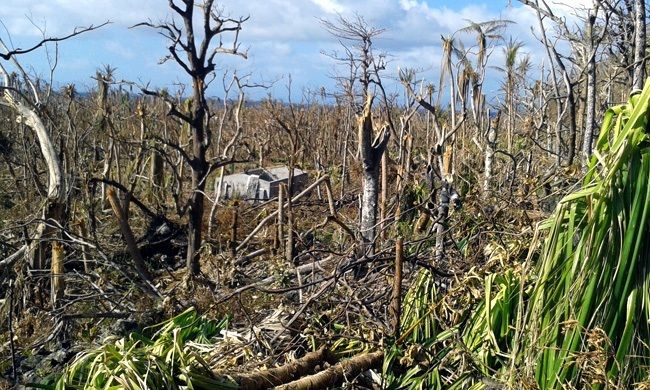 The roof of this cyclone shelter in Erromango blew off within the first few minutes of the storm. Photo: Global Greengrants

Island peoples’ lives are now constantly disrupted by extreme weather and natural disasters. The frequency and occurrence of Category 4 and 5 storms in the Pacific region more than doubled since 1975. Climate change has both short-term and long-term impacts for island peoples. Not only is the frequency and intensity of cyclones—also known as hurricanes or typhoons—increasing, but so is the duration of the cyclone season. These extreme weather events, in combination with sea level rise—which is conservatively projected to upsurge from one to four feet globally by 2100—are already catastrophic for island communities.

According to Jonathan Gregory, lead author on the subject for the Intergovernmental Panel on Climate Change, “It is virtually certain that global mean sea level rise will continue for many centuries.”

Island peoples know best what adaptation and mitigation techniques are most appropriate for their needs. Global Greengrants’ Pacific Island Advisory Board delivers small amounts of money into the right hands at exactly the right moment. It empowers local leaders to take actions that effectively manage the unavoidable impacts of climate change.

Take a $5,000 Greengrant we made last December to Resource Management Trust Board in the Solomons. The group focuses on improving food security during the cyclone season and works with rural women to preserve nuts, fruit and root crops using traditional methods. Having access to enough local food during the monsoon season allows communities to be self-sufficient, preserve their traditional diet and save money. This can be the difference between life and death for a community dealing with devastating storms such as Cyclone Pam and Typhoon Maysack.

Four months later, Global Greengrants responded to an urgent plea to help communities in Vanuatu that were wrecked by Cyclone Pam, the strongest storm ever to hit the South Pacific. Emergency Greengrants will provide temporary shelter for 100 people on the Vanuatu island of Erromango, where many people are homeless and are still awaiting aid. 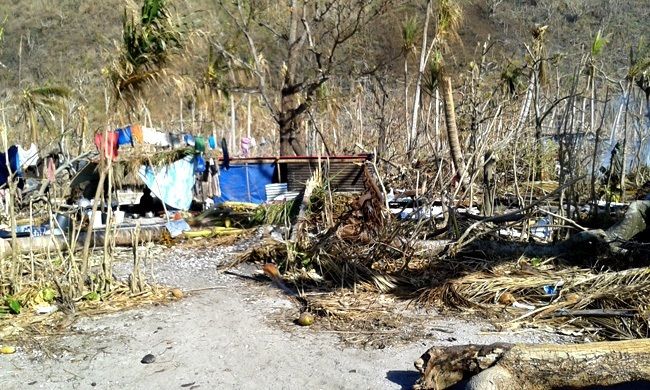 Victims of Cyclone Pam have constructed temporary shelter from any scrap materials they can find. Photo: Global Greengrants

Barely two weeks after that, we received reports from former grantees about the destruction and urgent need for support in communities in the Federated States of Micronesia, which were slammed by Typhoon Maysak.

The photographs from the area are heartbreaking. Ulithi Island lost all of its crops and most people’s homes have been destroyed; people are building shacks from the very little corrugated iron they can recover. In Chuuk, over 6,760 people have been forced from their homes and 80 percent of the breadfruit, banana and taro crops were damaged. Local food production is vital to the Pacific Islands, where the majority of rural people still depend on subsistence agriculture. Without these crops, people will starve.

Global Greengrants is not an emergency and disaster relief organization. But because we can quickly deliver support to grassroots groups that international and government aid has a hard time reaching, we are being asked again and again to help. Most times, we get there well before large aid agencies arrive with supplies and relief.

I can’t say this doesn’t worry me. Our area of expertise is emboldening people to create change. We never intended to be a reactionary aid group. But our grantees in the Pacific, many of whom receive no other source of funding, are facing a dire future. We must acclimatize to their realities. 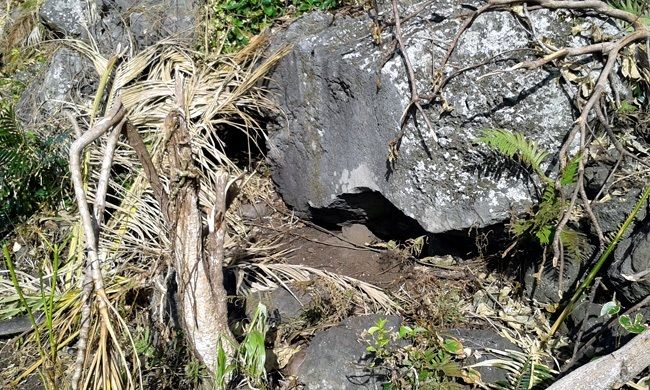 Families on Erromango lived in caves such as this one after Cyclone Pam destroyed their homes. Photo: Global Greengrants

Importantly, this means supporting Pacific communities to look ahead and manage the aftermath of climate change well before the cyclones or super storms strike. An example is the Reef Islands, in Northern Vanuatu. In January of 2014, we supported the Ngala’a Indo Project with a $5,000 Greengrant to plant mangroves and set up rainwater collection tanks. The new tanks provided more than 300 people with safe drinking water after their wells were contaminated during natural disasters.

Colonialism and globalization have all but destroyed the cultures that the famous cultural anthropologist Margaret Mead chronicled. Many tribal peoples are trying to hold on to their traditions. But mounting threats to food and water security, infrastructure, health, and safety are expected to lead to increasing human migration.

Climate change will likely lead to few or no islands left in this part of the Pacific Ocean.

My few days in the Solomons helped me see the questions more clearly: Will we in the North—the clear source of the globe’s climate problems—continue to pursue dead-end policy solutions that will not turn around the climate crisis and might even perpetuate it? Or will we look to the future with clear eyes and see what must be done? Will we understand that as much as we wish climate change wasn’t happening, there may simply be no way around it?

I believe mitigation has a role to play. But Pacific Islanders, and, indeed, many underserved communities around the world, face a bleak future unless we start to elevate that most reviled word, adaptation, to the international stage. If we don’t start talking more about adaptation in addition to mitigation, soon we will all be focused on compensation.

Toxic Smog Puts Cancer as Leading Cause of Death in China