Footage Reveals Humpback Whales Use Their Fins To Herd Salmon 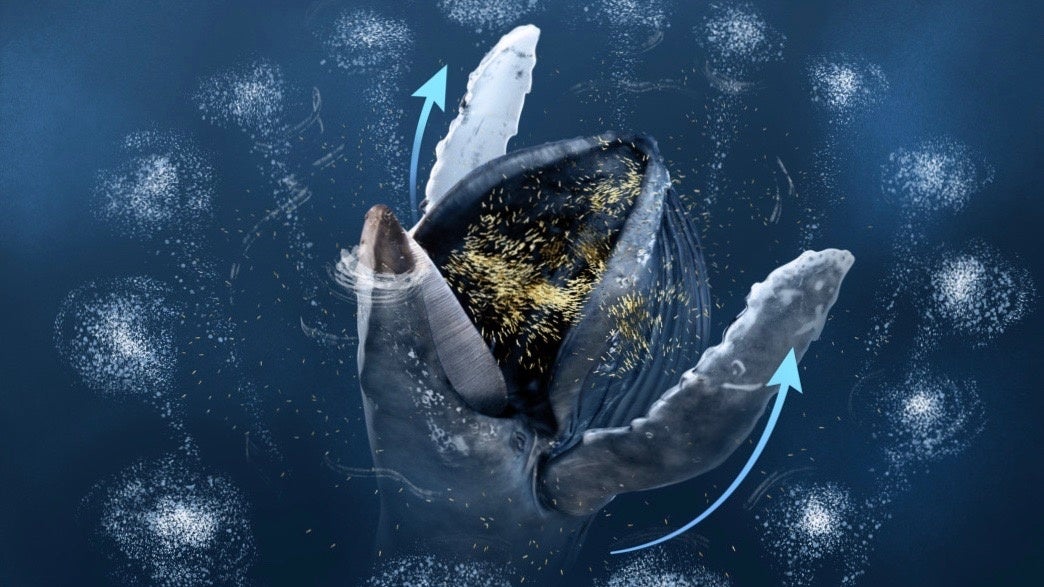 When you have a whale-sized appetite, you need to figure out some pretty sophisticated feeding strategies. They mysteries of how a humpback whale traps so much prey have eluded scientists, until now.

While scientists have known that humpbacks use streams of bubbles to trap fish into meal-sized schools and then swim in a clockwise pattern to trap the fish into a tight group, scientists felt they were missing something. They were, until new footage shot from a drone by an Alaskan salmon hatchery, captured humpback whales using their flippers to aid their feeding, as National Geographic reported. 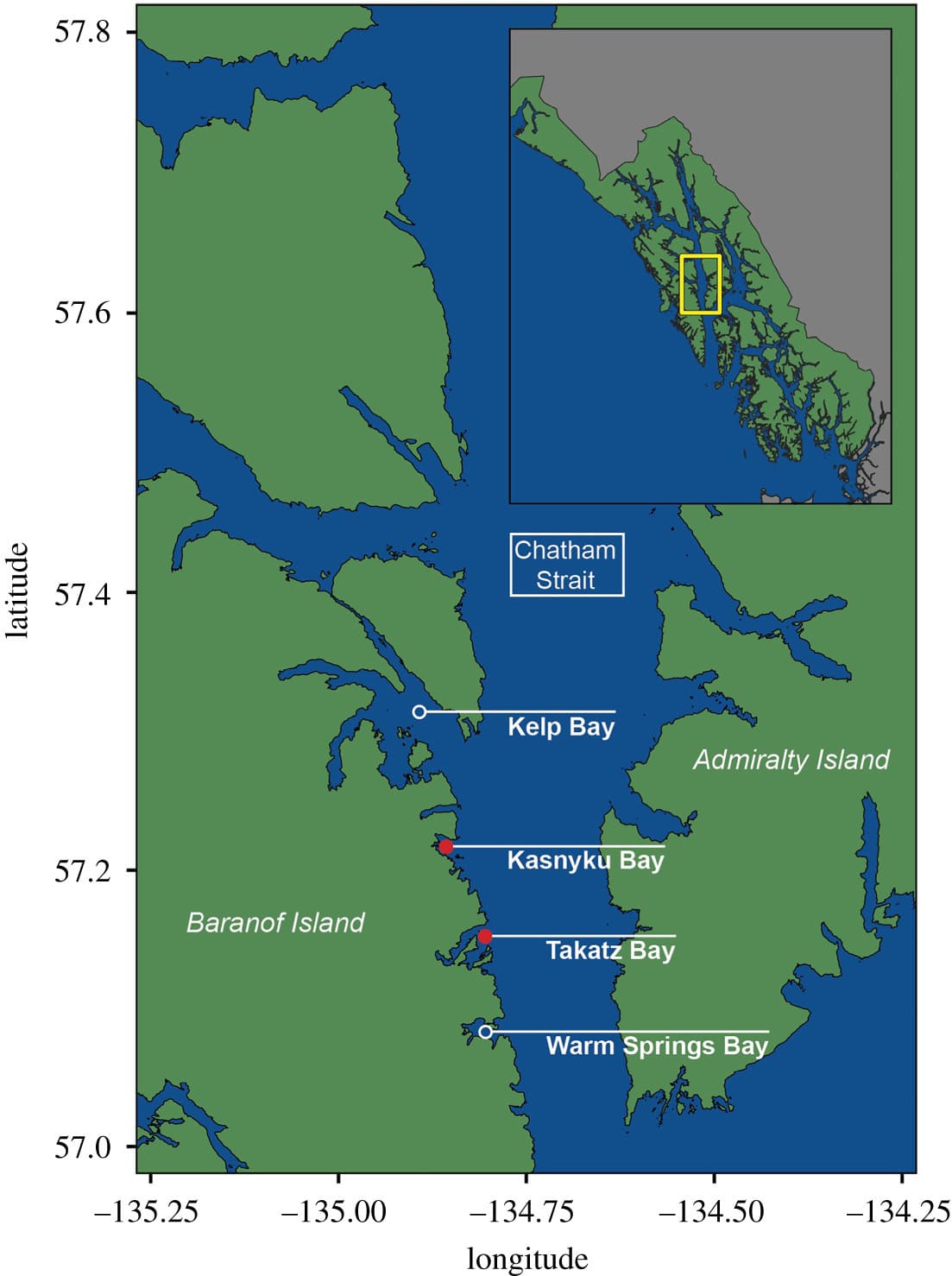 Researchers used aerial drones and floating platforms near the salmon hatchery to observe the humpbacks’ dietary habits from multiple perspectives. What they saw had never been confirmed by scientists before. According to the paper published Tuesday in the journal Royal Society Open Science, the whales blew bubbles to make a net, and then two whales used their flippers in elaborate movements to make a second barrier to stop the salmon from escaping. They then used the fins to usher the school of salmon into their mouths.

“The first time I saw this behavior it was from boat level and it looked chaotic,” said Madison Kosma, a researcher at the University of Alaska in Fairbanks and an author on the paper, as The Guardian reported. “But when I got a bird’s eye view with a drone, I was ecstatic. It wasn’t chaotic, it was actually graceful, intentional and calculated.”

Kosma and her colleagues monitored humpback whales for three years in several sites in Alaska where salmon are released from hatcheries to replenish their population, as The New Scientist reported.

Humpback whales have exceptionally long pectoral fins. They are thin, but the 16-foot flipper can reach a third of their body length in adult whales. The fins are used for moving though the water and they aid in sudden bursts of acceleration, according to The Guardian.

Kosma noticed that humpbacks also used the fins for feeding when she was working on her master’s degree. She then rigged a small video camera to a pole with cable ties to record the feeding strategy. That preliminary footage spurred her to save up to buy a drone camera.

“Now, thanks to the unique situation at the hatchery, and thanks to new technologies such as drones, we were actually able to document it,” said Kosma, whose witnessed the herding strategy dozens of times over the three-year study, according to National Geographic. “The only way you could get closer is if you’re a fish in their mouth.” 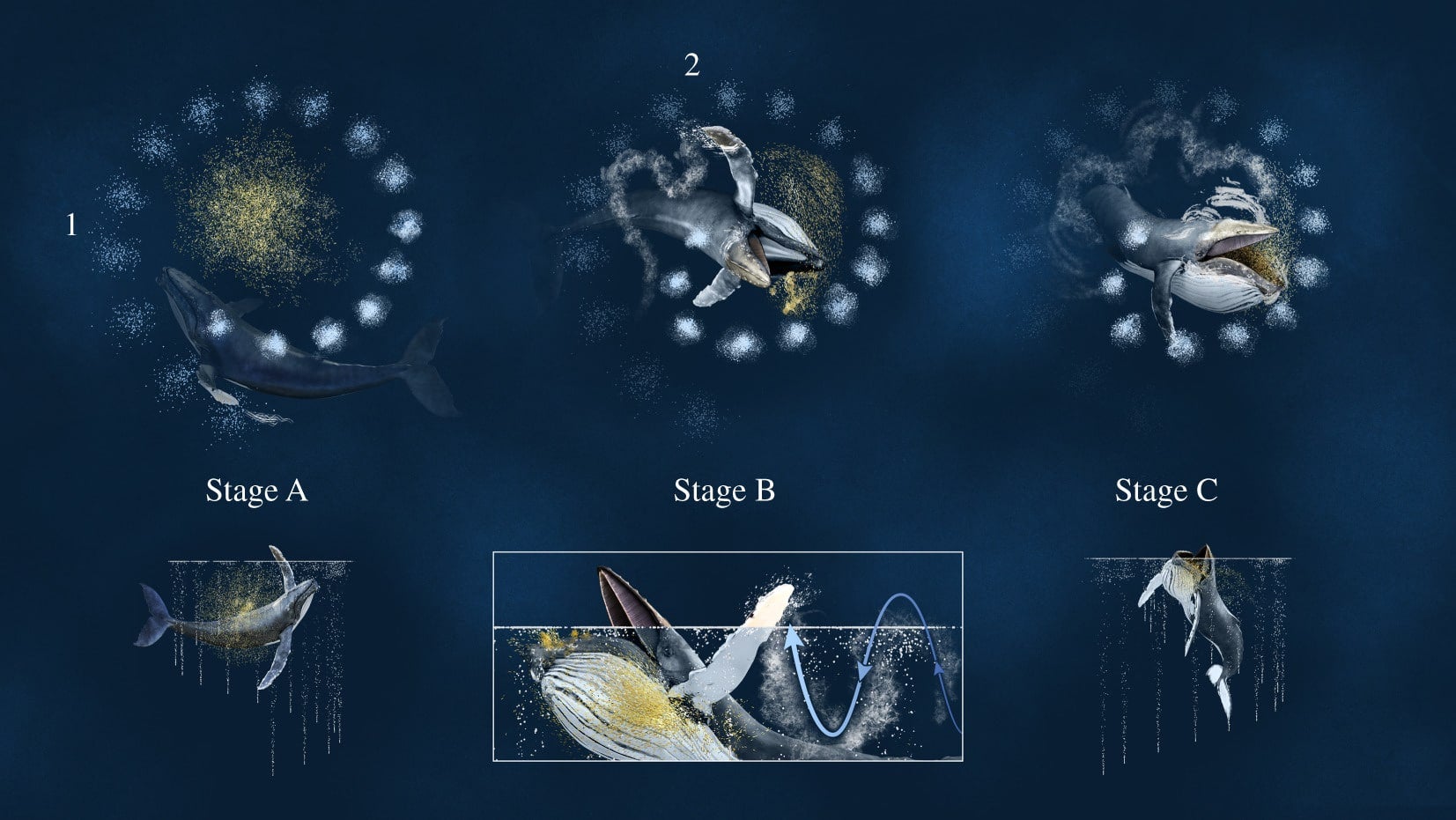 Graphical representations of horizontal pectoral herding by whale in Southeast Alaska. Prey are denoted in yellow. Stage A: Deployment of an upward-spiral bubble-net to corral the prey and establish the first barrier (1). Stage B: Movement of the left pectoral in and out of the water, along the edge of the bubble-net barrier, creating a secondary barrier (2). Stage C: Lunge to engulf the prey.

After capturing the phenomenon on video, Kosma and her colleagues analyzed the footage. They found that the humpbacks use their fins in two different ways. In one way, called “horizontal pectoral herding,” the whale traps the school with air bubbles and then rises up at an angle and uses the fins to put up a wall and scoop the fish into its mouth. In the second way, called “vertical pectoral herding,” the whale again uses bubbles as a trap. Then it comes from directly below the trapped fish and shoots out its fin. The light gray color spooks the salmon, which dart for the darkness of the whale’s gaping mouth, as The Guardian reported.

“From a hydrodynamical perspective, holding your fins like that would be a waste of energy,” said Kosma, as National Geographic reported, “so they must have a good reason for doing this, like catching more fish.”

In the paper, the researchers said that they believe the herding strategy makes feeding more efficient since it brings a lot of fish into a small space. That is vital for a humpback, since swimming with its mouth open is a huge energy expenditure.

“We believe that the whales are getting more bang for their buck by using pectoral herding techniques,” said Kosma, as The Guardian reported.

“The main lesson I take away from this study is that humpbacks are capable of innovation and learning new foraging strategies that may help them to feed more effectively on specific prey species,” says Christie McMillan, a whale expert at the Marine Education & Research Society in British Columbia, Canada who was not involved in the study, to National Geographic.

“But it is unclear how long it takes whales to learn these new strategies,” she added. “And therefore, whether they will be sufficient to allow them to respond effectively to climate change and the depletion of their prey.”