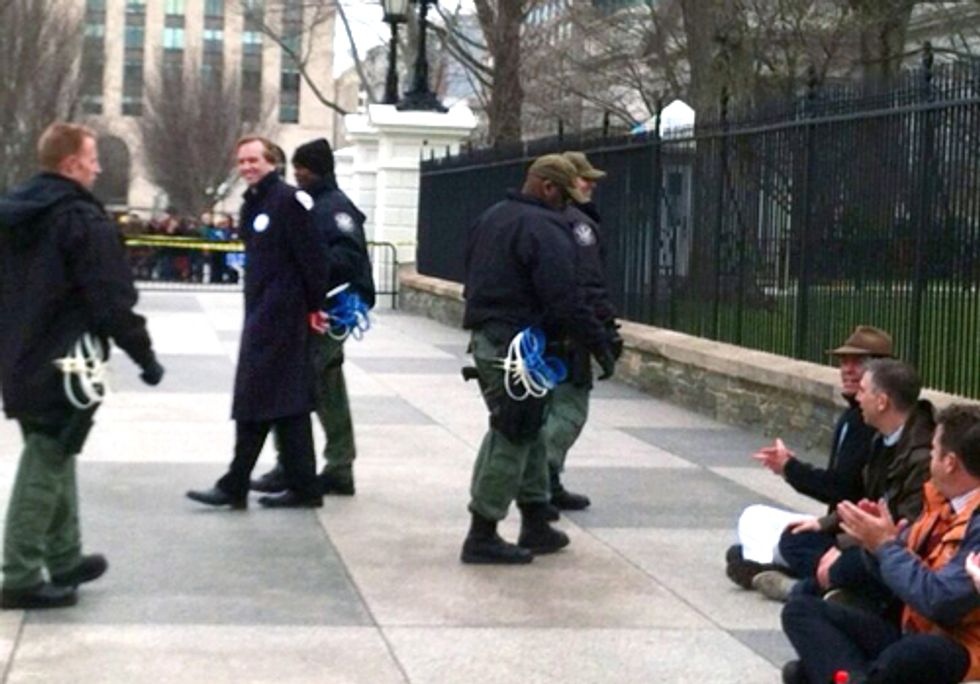 Waterkeeper Alliance President, Robert F. Kennedy, Jr., joined a climate protest yesterday outside the White House calling on the Obama Administration to protect our oceans and waterways by rejecting the Keystone XL Pipeline. He was arrested yesterday with his son Conor and 46 others protesting the oil industry and sending a message to Washington that President Obama should stand up against the Keystone XL pipeline.

"It's unfortunate that civil disobedience is the only recourse against a catastrophic and criminal enterprise that will enrich a few while impoverishing the rest of humanity and threatening the future of civilization," said Kennedy.

Watch Kennedy's powerful Let's Go to the Barricades speech just prior to his arrest:

Waterkeeper Alliance encourages you to answer Kennedy's call and join us, 350.org, Hip-Hop Caucus and others at the barricades this Sunday for the biggest climate rally in U.S. history. You can register here. Can't make it to DC? Check out the solidarity rallies that are happening throughout the U.S.