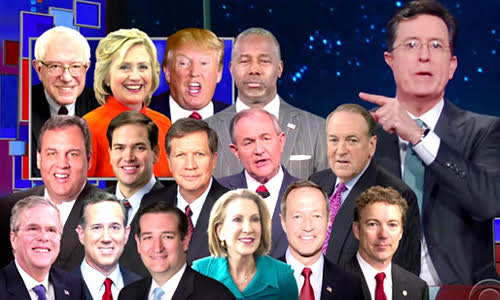 Monday night was a “huge night,” Stephen Colbert told viewers of the Late Show with Stephen Colbert. He’s, of course, referring to the Iowa caucuses on Monday night. It was the closest caucuses in Iowa history for the Democrats, with Hillary Clinton defeating Bernie Sanders by a “razor-thin margin.” On the Republican side, Ted Cruz beat Donald Trump in an upset, and Marco Rubio surprised many by coming in a close third. 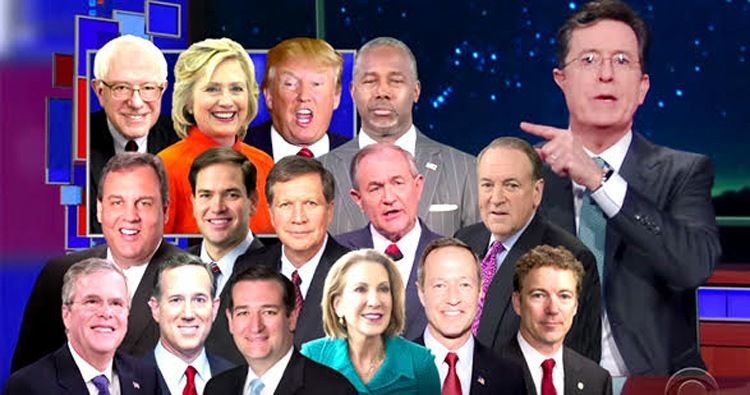 “Hillary won by three-tenths of one percent, or as its known in Iowa, Carl,” Colbert joked, as he displayed a picture of a stereotypical farmer.

The Iowa caucuses are of great political import. Iowa is the first state to cast a ballot in the U.S. “Despite being tiny, atypical of the rest of the U.S., and providing about 1 percent of the nation’s delegates, the state is the first indicator of whether a prospective presidential candidate’s support is holding up,” The Independent explained.

The outcome of the 2016 election is crucial for those in the climate movement, as the next president will greatly impact action on climate change and the U.S. fulfillment of the Paris agreement.

Last night on the show, Colbert explained that “this splinter of a sliver of a shard of a margin of an echo of a ricochet of a victory came down to a matter of luck.” A number of precincts reported ties between Clinton and Sanders, so delegates flipped a coin to break the tie. Clinton won six coin tosses that secured her a victory over Sanders.

“The Democrats picked the winner last night the same way roommates decide who has to drive to Taco Bell,” Colbert cracked.

Although, NPR argued that the story is more complicated than that. There were at least a dozen coin tosses, and Sanders won a “handful” of them. Clinton did not win all of the coin tosses, as some reported. She just won more than Sanders. And NPR said, Clinton’s so-called “Miracle Six” coin toss victories “would make little difference in the outcome … because of the complicated way Iowa Democrats allocate their delegates.”

Still, Colbert couldn’t help but marvel at Clinton’s coin-toss luck. “With that kind of coin-flipping prowess, forget the Democrats. The Broncos should draft Hillary for the Super Bowl on Sunday,” Colbert said. “I mean, after all, I think she may be younger than Peyton Manning.”

And Colbert said he figured out why Sanders did so poorly with the coin tosses. “He’s trash talking money in politics so much that now even the coins have turned against him.”

Stephen Colbert: Winners of Iowa Caucuses ‘Probably Did It By Sucking Up to Big Corn’