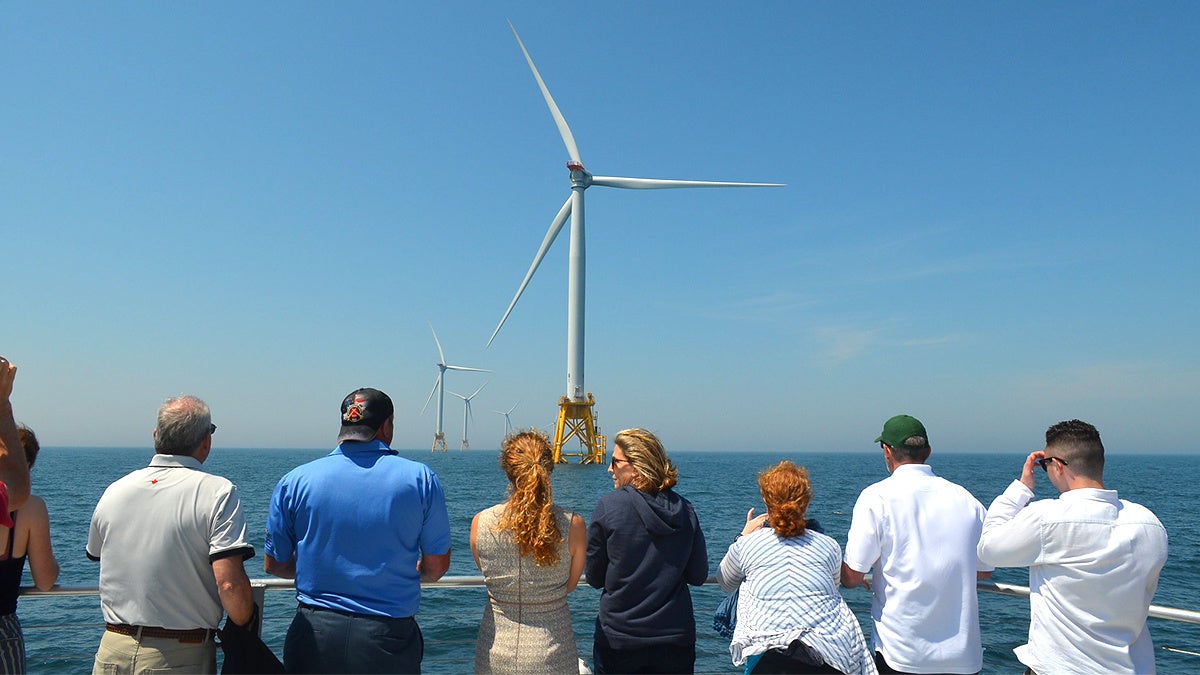 Sen. Elizabeth Warren expanded her vision for combating the climate crisis on Tuesday with the release of her Blue New Deal — a new component of the Green New Deal focusing on protecting and restoring the world’s oceans after decades of pollution and industry-caused warming.

The plan includes proposals for an array of ocean-related issues — including fossil fuel emissions, ocean acidification, overfishing and the destruction of coastal communities. The Massachusetts Democrat and 2020 primary contender wrote in a Medium post that “a Blue New Deal must be an essential part of any Green New Deal.”

“As we pursue climate justice, we must not lose sight of the 71% of our planet covered by the ocean,” Warren wrote. “While the ocean is severely threatened, it can also be a major part of the climate solution — from providing new sources of clean energy to supporting a new future of ocean farming.”

In keeping with the Green New Deal’s focus on a “just transition” for fossil fuel sector workers, the plan aims to expand offshore renewable energy exploration as Warren follows through with an earlier promise to impose a moratorium on offshore oil and gas drilling.

Along with reversing President Donald Trump‘s inaction on offshore renewables, Warren wrote that she will “work to streamline and fast-track permitting for offshore renewable energy, including making sure projects are sited with care based on environmental impact assessments.”

Coastal communities hosting the projects will be consulted regarding transparency, environmental and labor standards, and community agreements will ensure that those living in these areas see a share of the benefits. With Warren’s planned investment in the industry, she wrote, the U.S. could come closer to filling 36,000 well-paying offshore renewable energy jobs.

The progressive think tank Data for Progress praised the senator for giving consideration to an “essential” component of combating the climate emergency.

“Tackling climate change must include a comprehensive plan to address the emergency gripping our oceans, where the harms of warming are becoming alarmingly apparent to researchers, fishermen, and communities alike,” wrote Johnny Bowman, Julian Brave NoiseCat and Sean McElwee. “This is an essential (and admittedly less sexy) part of the agenda for equitable decarbonization. Senator Warren has distinguished herself by studying the details.”

Other areas in which Warren plans to introduce measures to boost the U.S. economy while protecting the environment include fishing and ocean farming.

Whereas one-in-four fish eaten in the U.S. are now shipped to Asia for processing before being re-imported into American markets, Warren would invest billion over ten years to expand the USDA’s Local Agriculture Market Program. The investment would help employ people at U.S.-based food hubs and distribution centers while reducing the massive carbon footprint caused by the current system.

The Blue New Deal was released as University of Delaware researchers published a new study in the Proceedings of the National Academy of Sciences showing that the climate crisis has led to a 16% decline in jobs in New England’s fishing industry, stemming from variations in water temperatures.

The senator would also direct the USDA to research and develop policies for ocean-based farming, paying farmers for their contributions to the climate change fight and including the industry in disaster assistance programs.

“Land-based farmers have long been supported by the USDA, but in a world of rising seas, increasing ocean temperatures, and ocean acidification, we must expand that support to include ocean farming as well,” Warren wrote. “Algae and seaweed are the trees of our oceans, absorbing carbon and helping to reduce ocean acidification and pollution locally, and are valuable sources of nutrition … These resources even have the potential to become a key ingredient in renewable fuels.”

Warren added that under her administration, agribusiness companies would be held accountable for the water pollution they’ve caused for decades. Loopholes they’ve used to get away with exacerbating toxic algal blooms, harming marine life and contaminating drinking water would be closed, and enforcement of the Clean Air and Clean Water Acts would be strengthened.

“As the saying goes, an ounce of prevention is worth a pound of cure, and I want to ensure we protect the 40% of Americans who live in coastal counties,” Warren wrote.

“Studies have shown that every dollar invested in disaster mitigation saves overall.”

The League of Conservation Voters and Fridays for Future organizer Alexandria Villaseñor were among those who praised the senator on social media.

Greenpeace climate campaigner Jack Shapiro said it is “vital that our next president realize we’re already in hot water” and recognize that “the climate crisis is an oceans crisis.”

“Instead of opening virtually all U.S. waters to dangerous oil and gas drilling — as Trump has so far unsuccessfully tried to do — we should be shifting investment to clean, community-powered renewable energy and giving our oceans a chance to recover from decades of industrial exploitation,” said Shapiro. “We’re glad to see Senator Warren putting ocean protection on the national stage with this plan.”