Virginia Buries Its Head in the Sand on Climate Change 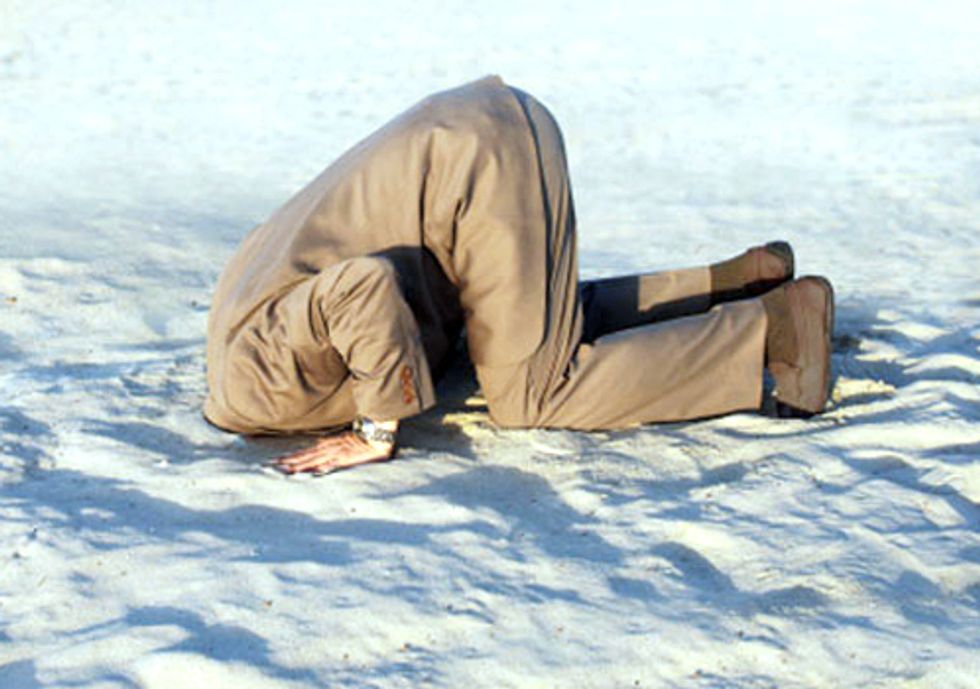 Not to be outdone by North Carolina to the south, the state of Virginia has omitted the words "global warming" and "sea-level rise" from a study on climate change and coastal flooding because ... wait for it ... those phrases are left-wing code words.

This mirrors the effort of some North Carolina lawmakers to make it illegal for coastal planners to accurately predict sea level rise when considering new developments.

George Orwell must be spinning in his grave. The right-wing—unable to avoid the avalanche of scientific evidence proving both that the planet is warming and that the speed and severity of that warming is man-made—is now turning to propaganda to try and distract Americans from the truth. The Heartland Institute recently started a billboard campaign pointing out that mass murderer Charles Manson believed in global warming, but thankfully that campaign did not end well for Heartland.

Meanwhile, GOP Presidential Candidate Mitt Romney continues to say that global warming is still up for debate, a change in his stance on the issue as the governor of Massachusetts. Click here to sign our petition asking Romney and other elected officials and politicians to admit global warming is real and to do something about it.