Video: Economics is the Achilles Heel of Fracking 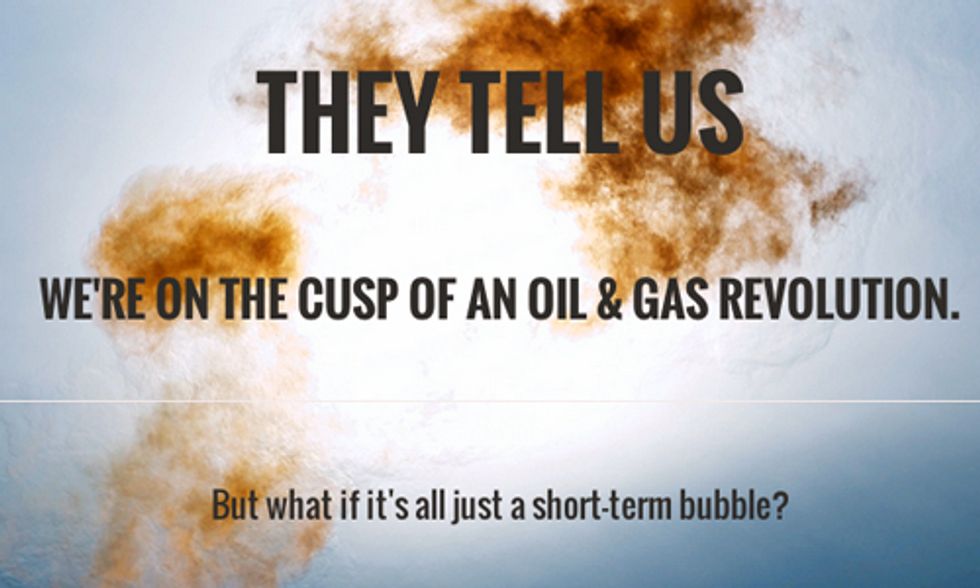 On Monday, Dec. 16, EcoWatch featured a live briefing and conversation with Richard Heinberg and Deborah Rogers as they explored how the anti-fracking community can turn the fracking industry's biggest weapon into their greatest vulnerability.

Hosted by Americans Against Fracking, Energy Policy Forum, Post Carbon Institute and Stop the Frack Attack, the forum addressed how the fracking industry has used the so-called "shale revolution" to justify the massive spread of drilling, despite strong environmental concerns and community opposition. The industry claims the U.S. is undergoing an energy revolution, leading the country to energy independence with huge economic benefits to communities. Heinberg and Rogers poke holes in the industry's promise of plenty and reveal fracking as a "short-term bubble, leaving communities with little gain and a whole lot of pain."

Richard Heinberg is senior fellow of the Post Carbon Institute and is widely regarded as one of the world’s foremost educators about the need to urgently transition away from fossil fuels. He is the author of 11 books including The Party's Over, The End of Growth and Snake Oil. He has given hundreds of presentations and media interviews around the world and his award winning animations have been viewed by more than 1.5 million people.

Deborah Rogers is founder of Energy Policy Forum and is recognized as an outspoken expert on the financials and economics of the shale gas/oil industry. A former Wall Street investment banker, Rogers has written extensively about the role of investment banks in the shale gas boom. She has spoken widely in communities around the country, and has been featured in The New York Times, PBS, MSNBC, NPR and elsewhere.