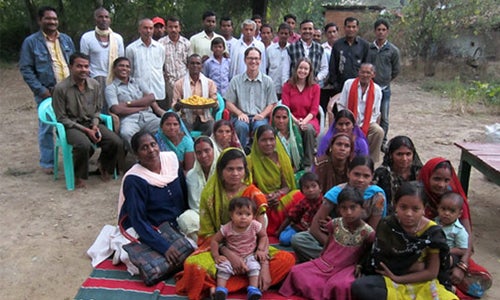 Marilyn McHugh and Chris Kennedy had a honeymoon unlike most. They set out to travel around the world for a year with plans to stop in Europe, Africa, Asia and Australia. What was supposed to be a week in Kenya turned into six weeks when they saw how devastated the communities were by industrialized, chemical agriculture and felt compelled to help. Next, they worked at an orphanage and then with the UN as part of a Green Warrior training program in Uganda. Then, they headed to India for what was supposed to be a short stint but turned into several months. 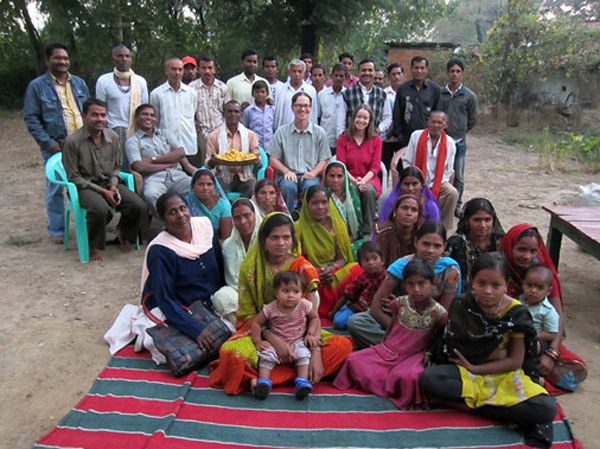 Their whole trip was thrown off, but for the better. They saw a great need in communities in the developing world that have been wrecked by chemical agriculture much like rural communities in the U.S., but in the countries they visited, there is no government support or safety net for farmers like there is in the U.S. McHugh and Kennedy shared what they knew with these farmers about soil life and offered guidance using permaculture principles.

When McHugh and Kennedy returned from their honeymoon, they were forever changed. In 2010, they started a nonprofit, The Hummingbird Project, to “create sustainable systems using permaculture principles that enhance and benefit communities by educating and empowering individuals to improve quality of life and foster stewardship of the Earth.”

The inspiration for the name, The Hummingbird Project, comes from Wangari Maathai, who tells the story of a massive forest fire breaking out. While all of the other animals sat by feeling helpless and overwhelmed and watching the forest burn, the hummingbird began carrying little drops of water from the nearby river in his mouth to put out the fire. When the other animals criticized the hummingbird for fruitlessly trying to put out the fire, the hummingbird replied, “I’m doing the best I can.” McHugh and Kennedy believe we are all called to be hummingbirds and do the best we can to address the problems in our world.

http://www.youtube.com/watch?v=IGMW6YWjMxw
sustainable agriculture throughout India.” Kennedy says “The work with farmers in India is so critical because while here in the U.S., chemical versus organic farming is viewed as a choice or preference, the epidemic of farmer suicides in India shows it is often a question of life or death.”