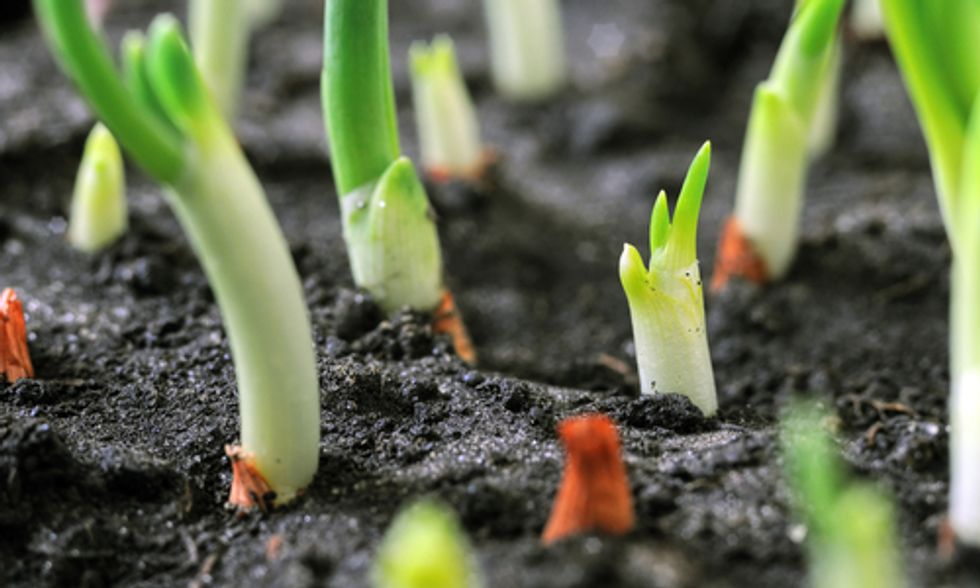 2015 is the year of soil. Bringing the soil to the center of our consciousness and our planning is vital for the life of the soil, but also for the future of our society. History provides ample evidence that civilizations which ignored the health and well-being of the soil, and exploited it without renewing its fertility, disappeared along with the soil.

Indian civilization has sustained itself over thousands of years because it revered the soil as sacred and inviolable. It treated it as Mother Earth.

The Atharva Veda invokes the prayer to prithvi, the Earth:

“Let what I dig from thee, O Earth, rapidly spring and grow again.

O Purifier, let me not pierce through thy vitals or thy heart"

Today's dominant policies and laws seem to be saying the opposite to the Earth—“We will dig so deep and so violently, we will bulldoze so brutally, on such a large scale and at such a high speed, that we will tear through your vitals and your heart, ensuring that nothing can grow from you again."

Both ecological science and our ancient wisdom teaches us that all life depends on soil. But we are now unthinkingly adopting the illusion that human progress is based on how fast we can destroy, bury and consume the soil.

Uncontrolled urbanization, mega mines, superhighways and gigantic infrastructure projects are the burial grounds of fertile soil. We are forgetting that life grows from soil, not concrete and tarmac.

It is only our farmers who are practicing ecological agriculture, returning organic matter to the soil and growing soil fertility, and, through it, the foundation of our food and our future. In practicing organic farming, they also conserve water and absorb carbon dioxide from the atmosphere, thus addressing climate change. Money might grow from speculative real estate development, but not life. Multiple “clashes of civilization" are taking place in India today around soil and land.

There is a clash between what Aristotle called “chrematistics," the art of money-making, and “oikonomia," the art of living. The clash is between the soil and Earth centred agrarian economies of peasant societies and the money-centered speculative economies which are obsessed with the art of money making, with no respect for the democratic rights of people whose land is being grabbed, or for the soil that has sustained our civilization over millennia.

This intense clash is because the government wants to forcefully and undemocratically appropriate land from the farmers and hand it over to builders and speculators.

A war against land and people has been declared through the land acquisition ordinance which, by reversing the Right to Fair Compensation and Transparency in Land Acquisition, Rehabilitation and Resettlement Act, 2013, takes us back to the colonial law of 1894.

There is a clash between two views of history on the land question. There is a false, linear view of history that projects human progress as moving from agriculture to industry to service economies. A more realistic view recognises that history moves in cycles.

The British created the zamindari system, which led to violence, injustice and famines. Peasants started movements like Tebhaga after the great Bengal famine, and movements for land reform and land rights based on “land to the tiller" philosophy. West Bengal had its Operation Barga, India introduced “land ceiling," a limit on the ownership of land, and land reform along with land distribution made Independent India a land of hard working, sovereign and proud small farmers.

The land grab ordinance is, in fact, a new zamindari, aimed at reversing all that Independent India put in place to protect—land, food security, the sovereignty of small farmers and the country. But it is more than a reversal because the context is different. In today's context, unjust laws passed undemocratically for land acquisition have far more impact because the activities are more destructive ecologically and socially. Removal of the clauses for consent in the land ordinance is an assault on democracy. Removal of the food security clauses is a reckless and irresponsible action forfeiting the future. Has the government been so blinded by corporate “chrematistics" that it cannot see the damage this will do to life of the soil, the “oikonomia," the vital food economy of the peasants? Has it been so deafened by the voice of those whose only objective is profits and money-making, that it cannot hear the screams of a dying soil and the people of the soil—the tribals and peasants?

A new Singapore-style capital is proposed for Andhra Pradesh at the cost of Rs 100,000 crore. About 100,000 acre of prime farmland on the banks of the Krishna river is being grabbed from small farmers who, with one acre land, earn more than Rs 30,000 per month. Former Indian Administrative Service officer Devasahayam reports how the government is describing the concrete jungle it is planning as being “full of life and economic activity," implying that farming that feeds people is a “lifeless activity!"

Globally, young people are moving back to the land, driven both by crisis of unemployment and by frustration with the urban corporate life which might bring money, but no satisfaction. Young people from banks and software companies are coming to Navdanya to learn how to be organic farmers and make a living from the land. After the banks and information technology (IT), it is soil and land that holds the future.

We already have a scarcity of land and fertile soil. To bury this scarce and precious resource on the basis of an outmoded view of history, progress and development is not enlightened policy-making. There is not enough land in the country for the limitless appetite for mining, urbanisation and industrialisation. While profiteering from land in a globalised economic system based on the false idea of limitless growth might inspire current policies, land and fertile soils set their own ecological limits. There are also social and political limits to how much dispossession, injustice, violence and destruction of democracy a society can bear. Protests against land grab and the land law are growing across the country. If they are violently crushed, as in the tribal areas, violent conflicts will intensify. In the worst case scenario, if the fabric of the soil and society are ruptured beyond repair, we will disintegrate as a civilization, as is happening to so many societies around us.

We can avert the collapse of our civilization if, in this year of soil, we collectively and democratically commit ourselves to protecting and rejuvenating the soil and, thus, our future.