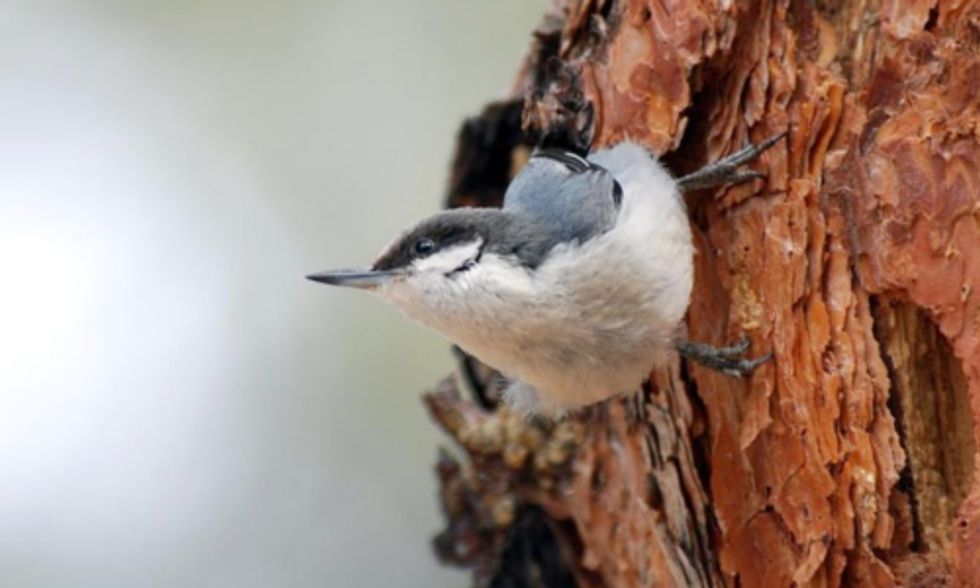 A new study from the U.S. Geological Survey paints a troubling picture for birds and reptiles in the Southwest. Scientists examined current and future breeding ranges for seven bird and five reptile species in the Southwest in the context of several key climate models. The findings, released this week, found that two birds—Williamson’s sapsucker and the pygmy nuthatch—could lose so much habitat that they could be close to extinction by the end of this century. Neither bird is a currently a candidate for endangered species protections.

Pygmy nuthatch is one of the birds found to be at risk of extinction due to stressors from climate change. Photo credit: National Park Service

“It’s startling to see such a bleak picture laid out for these wildlife species in the Southwest,” said Collette Adkins Giese, a Center for Biological Diversity biologist and attorney focused on protecting reptiles and amphibians. “Left unchecked, global warming will push many species to the brink of extinction and many more right over the edge.”

The study, Projecting Climate Effects on Birds and Reptiles of the Southwestern United States, used models that looked at climatic, landscape and plant variables in examining how specific species will react to climate change. Although the resulting ranges of the species varied widely under different scenarios, the study highlights the severe price that some species will pay as climate change alters the landscape around them.

“Climate change will be an agent of fast-moving chaos, and tragically, many animals simply won’t be able to adapt fast enough,” said Adkins Giese. “We’ll see it in the Southwest and around the globe. The result will be a world that’s less alive and less wild and frankly lonelier for those of us who remain.”

Overall, global warming around the world will destroy more than half the habitats of most plants and about a third of animal habitats by 2080, according to a 2013 study in the journal Nature Climate Change. Last week the Intergovernmental Panel on Climate Change released a new study on the impacts of global warming, noting that chinook salmon in the Pacific Northwest, for example, may decline as much as 50 percent in the coming decades. Rising temperatures and ocean acidity caused by carbon pollution are already hurting coral reefs from Florida to Australia.

Plants of the Colorado Rockies Show Impact of Climate Change