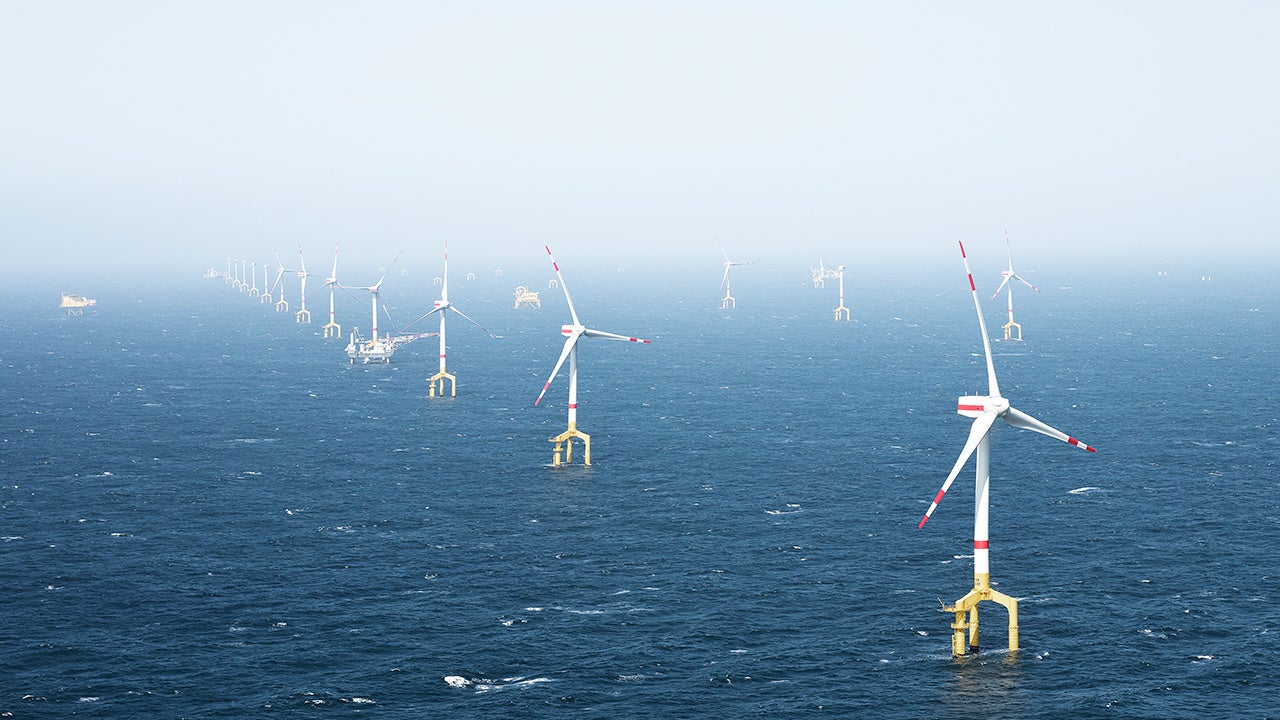 Investment in U.S. offshore wind projects are set to hit $78 billion (€69 billion) this decade, in contrast with an estimated $82 billion for U.S. offshore oil and gasoline projects, Wood Mackenzie data shows. This would be a remarkable feat only four years after the first offshore wind plant — the 30 megawatt (MW) Block Island Wind Farm off the coast of Rhode Island — started operating in U.S. waters.

According to the Department of Energy (DOE), there are 28 US offshore wind projects in the planning stage, with the biggest clusters along the East Coast, from Massachusetts to Virginia. There are also 15 active commercial leases for offshore wind development in the U.S. and if they are fully built, there is the potential to support approximately 25 GW of offshore wind capacity.

Wind energy, both onshore and offshore, is now the US’s top choice for new power, with 39% of new utility-scale power sector additions at 107 GW — enough to power 32 million homes. It is also the largest renewable energy source in the country, supplying over 7% of the nation’s electricity.

The domestic offshore wind market is smaller than the onshore sector, where capacity is now over 100 GW, but growing. “The shift of investment towards offshore wind in the US is due to a decreasing amount of leasable space on land because an increasing number of landowners and communities are objecting to local siting,” says Annie Hawkins, Executive Director, Responsible Offshore Development Alliance (RODA).

“From an environmental perspective, there is a limited amount of space that can reasonably be developed without significant impacts to ocean ecosystems and the existing ocean resource economy,” Hawkins adds.

Europe has long been the global leader in offshore wind generation, with the U.S. focused on developing land-based wind facilities. According to industry body WindEurope, overall offshore capacity for European nations is 22 GW, with 4,000 offshore wind turbines erected in the waters of 11 countries, with a combined power generation capacity of 15.8 GW, enough to supply around 15 mid-size cities.

Helping to drive offshore growth, U.S. corporate buyers are increasingly relying on wind energy to power their businesses. Walmart and AT&T are the two top corporate wind buyers, while 14 newcomers entered the wind market in 2019, including Estée Lauder and McDonald’s.

“Oil and gas companies have jumped into the U.S. offshore wind market, where they can transfer expertise in offshore fossil fuel development to clean energy investments,” says Max Cohen, principal analyst, Americas Power & Renewable research at Wood Mackenzie. Many international oil and gas companies have already recognized this huge potential and entered the US offshore wind market, including Orsted, Equinor and Shell.

“Given the recent tumult in oil prices, fossil fuel companies may more and more be looking to diversify their portfolios, particularly with assets that are contracted or offer returns uncorrelated with oil and gas,” Cohen says. “Offshore wind is an area where they may have a comparative advantage, and they can then leverage the experience with that technology to make the leap to onshore wind, solar, and other renewable technologies,” he says.

“There is enormous opportunity, especially off the East Coast, for wind. I am very bullish,” said former Interior Secretary Ryan Zinke. “Market excitement is moving towards offshore wind. I haven’t seen this kind of enthusiasm from industry since the Bakken shale boom,” he said.

Offshore wind initiatives require excessive upfront spending: a 250 MW venture costs about billion, based on International Energy Agency data, but as costs fall the tipping point after which costs fall faster gets nearer

“The opportunity has been created by Northeastern states seeing the large price declines for offshore wind in Europe,” says Cohen. Onshore wind is historically the lowest cost renewable resource, but is at its most expensive in the Northeast, he adds. “But costs are falling slower than for other technologies,” he says.

In New England and New York the intense “Not-In-My-Backyard” culture (NIMBYism) also makes offshore wind potentially easier to build, Cohen adds. States along the East Coast are aiming to develop over 28 GW of offshore capacity by 2035, with 16 GW of new targets announced in 2019 alone. To help meet these targets, states and utilities selected 4,404 MW of offshore wind capacity through state-issued solicitations in 2019.

Offshore wind has also benefited from targets set by east-coast states for electrical energy. New York state aims to have 9,000 MW of capability by 2035. New Jersey has dedicated to have 7,500 MW, while Virginia’s governor in April signed the ‘Clean Economy Act’ which requires at the least 5,200 MW of offshore wind by 2034. Massachusetts is committed to purchasing 1,600MW of offshore wind by 2027.

“The US has a vast offshore wind energy resource with a technical potential of more than 2,000 gigawatts (GW), or nearly double the nation’s current electricity use,” says Samuel Brock of the American Wind Energy Association (AWEA).

U.S. wind energy now supports 120,000 US jobs and 530 domestic factories. A study by the University of Delaware predicted that the supply chain needed to build offshore turbines to feed power to seven East Coast states by 2030 would generate nearly billion in economic activity and at least 40,000 full-time jobs. An American Wind Energy Association’s (AWEA’s) March 2020 report estimated that developing 30,000 MW of offshore wind along the East Coast could support up to 83,000 jobs and billion in annual economic output by 2030.

Having said that, not all of the jobs are American jobs. The offshore wind developers with commercial leases in the US are all foreign companies. There is growing interest from the shipbuilding sector in the Gulf of Mexico in partnering with offshore wind companies to provide services. As a result, some of the US oil trade associations have submitted comments supporting certain aspects of offshore wind. “However, it is unclear to what extent offshore wind developers plan to use US vessels and crew, and the existing projects did not incorporate US vessels or labor at all,” Hawkins says.