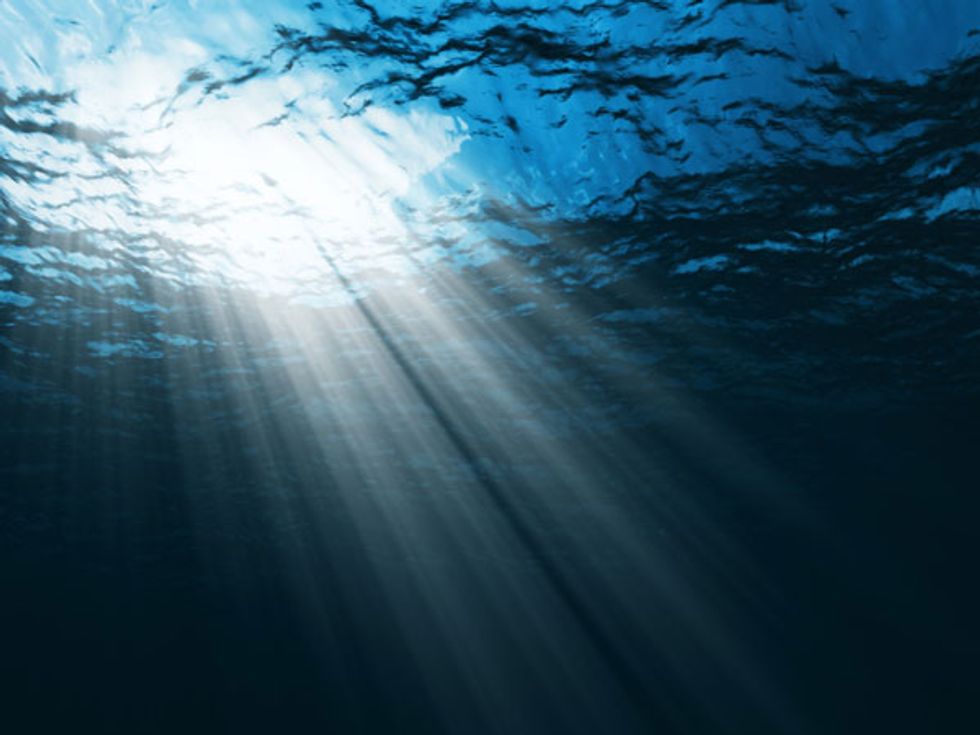 Marine scientists say the state of the world's oceans is deteriorating more rapidly than anyone had realized, and is worse than that described in last month's UN climate report from the Intergovernmental Panel on Climate Change (IPCC).

They say the rate, speed and impacts of ocean change are greater, faster and more imminent than previously thought—and they expect summertime Arctic sea ice cover to have disappeared in about 25 years.

Their review, produced by the International Programme on the State of the Ocean (IPSO) and the International Union for the Conservation of Nature (IUCN) and published in the journal Marine Pollution Bulletin, agrees with the IPCC that the oceans are absorbing much of the warming caused by carbon dioxide and other greenhouse gases.

But it says the impact of this warming, when combined with other stresses, is far graver than previous estimates. The stresses include decreasing oxygen levels caused by climate change and nitrogen run-off, other forms of chemical pollution, and serious overfishing.

“The health of the ocean is spiralling downwards far more rapidly than we had thought," said Professor Alex Rogers of the University of Oxford, IPSO's scientific director. "We are seeing greater change, happening faster and the effects are more imminent than previously anticipated."

“What these latest reports make absolutely clear is that deferring action will increase costs in the future and lead to even greater, perhaps irreversible, losses," said IUCN’s Professor Dan Laffoley.

The review says there is growing evidence that the oceans are losing oxygen. Predictions for ocean oxygen content suggest a decline of between one and seven percent by 2100.

The loss is occurring in two ways: through the broad trend of decreasing oxygen levels in tropical oceans and areas of the North Pacific over the last 50 years, and because of the "dramatic" increase in coastal hypoxia (low oxygen) associated with eutrophication, when excessive nutrient levels cause blooms of algae and plankton.

The first is caused by global warming, the second by increased nutrient runoff from agriculture and sewage.

The authors are also concerned about the growing acidity of the oceans, which means "extremely serious consequences for ocean life, and in turn for food and coastal protection." The Global Ocean Commission reported recently that acidification would make up to half of the Arctic Ocean uninhabitable for shelled animals by 2050.

"At high latitudes pH levels are decreasing faster than anywhere else because water temperatures are lower, and the water is becoming more acidic," Professor Rogers told the Climate News Network. "Last year, for the first time, molluscs called sea butterflies were caught with corroded shells."

When atmospheric carbon dioxide (CO2) concentrations reach 450-500 parts per million (ppm) coral reefs will be eroded faster than they can grow, and some species will become extinct. Projections are for concentrations to reach that level by 2030-2050: in May they passed 400 ppm for the first time since measurements began in 1958.

With the ocean bearing the brunt of warming in the climate system, the review says, the impacts of continued warming until 2050 include reduced seasonal ice zones and increasing stratification of ocean layers, leading to oxygen depletion.

It also expects increased releases from the Arctic seabed of methane, a greenhouse gas at least 23 percent more potent than CO2 (the releases were not not considered by the IPCC); and more low oxygen problems.

Another stress identified is overfishing. Contrary to claims, the review says, and despite some improvements, fisheries management is still failing to halt the decline of key species and damage to ecosystems. In 2012 the UN's Food and Agriculture Organisation said 70 percent of world fish populations were unsustainably exploited.

The scientists say world governments must urgently reduce global CO2 emissions to limit temperature rise to under two degrees Celsius—something which would mean limiting all greenhouse gas emissions to 450 ppm.

They say current targets for carbon emission reductions are not enough to ensure coral reef survival and to counter other biological effects of acidification, especially as there is a time lag of several decades between atmospheric CO2 emissions and the detection of dissolved oceanic CO2.

Potential knock-on effects of climate change, such as methane release from melting permafrost, and coral dieback, mean the consequences for human and ocean life could be even worse than presently calculated. The scientists also urge better fisheries management and an effective global infrastructure for high seas governance.