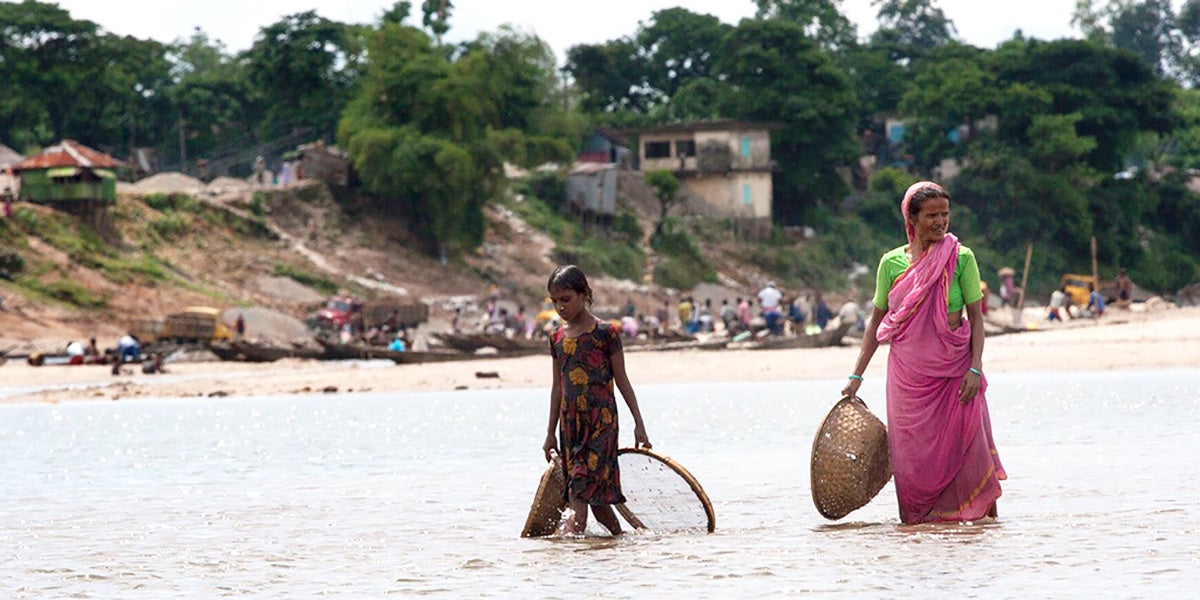 Bangladesh was No. 6 on the Long Term Climate Risk Index of countries most affected by climate change from 1997 to 2016. The United Nations contents that climate change disproportionately impacts women, since they are more likely to be poor and dependent on local resources.

It is hopeful, then, that the UN’s Green Climate Fund and Bangladesh’s Ministry of Women and Children’s Affairs will put $33 million towards helping Bangladeshi women and girls develop livelihoods that can withstand the changing climate, Reuters reported on Monday.

According to a United Nations Development Programme (UNDP) release, the funds will go towards empowering 25,000 women living in Satkhira and Khulna, coastal districts especially vulnerable to sea level rise, more frequent storms, and the salinization of farmland and drinking water.

The project will increase the women’s access to business development training and financial credit. In addition, it will help them develop climate-resilient skills such as hydroponic vegetable farming, UNDP climate change specialist Mamunur Rashid told Reuters.

The initiative, which is set to begin in July and has a six-year timeline, also aims to provide clean drinking water to 130,000 people through rainwater harvesting and involve women in cyclone-warning systems.

The focus on women’s roles in adapting to climate change “marks a paradigm-shift in the way women are empowered as ‘change-agents'” the UNDP release said.

“Under this project, women will [be] more in command of their, and their communities’, own future,” Mia Seppo, UNDP resident representative in Bangladesh, added.

The announcement comes little over six months after flooding in India, Nepal and Bangladesh killed 1,200 people and left one-third of Bangladesh underwater. According to The World Bank, 60 percent of worldwide cyclone deaths from 1988 to 2000 occurred in Bangladesh.

The salinization of farmland and drinking water is a less dramatic but more insidious problem for the low-lying country. According to studies of coastal river salinization in Bangladesh by The World Bank, The Institute of Water Modelling and World Fish–Bangladesh, the best-case scenarios would still impact 2.9 million poor and 1.7 million extremely poor Bangladeshis.

While initiatives like this one show that Bangladesh is working hard to adapt to the climate challenge, the country is still set to lose 20 percent of its landmass if sea levels rise by 3 feet, even though it only contributes 0.3 percent to global emissions, according to Scientific American. This would turn more than 30 million people into climate refugees.