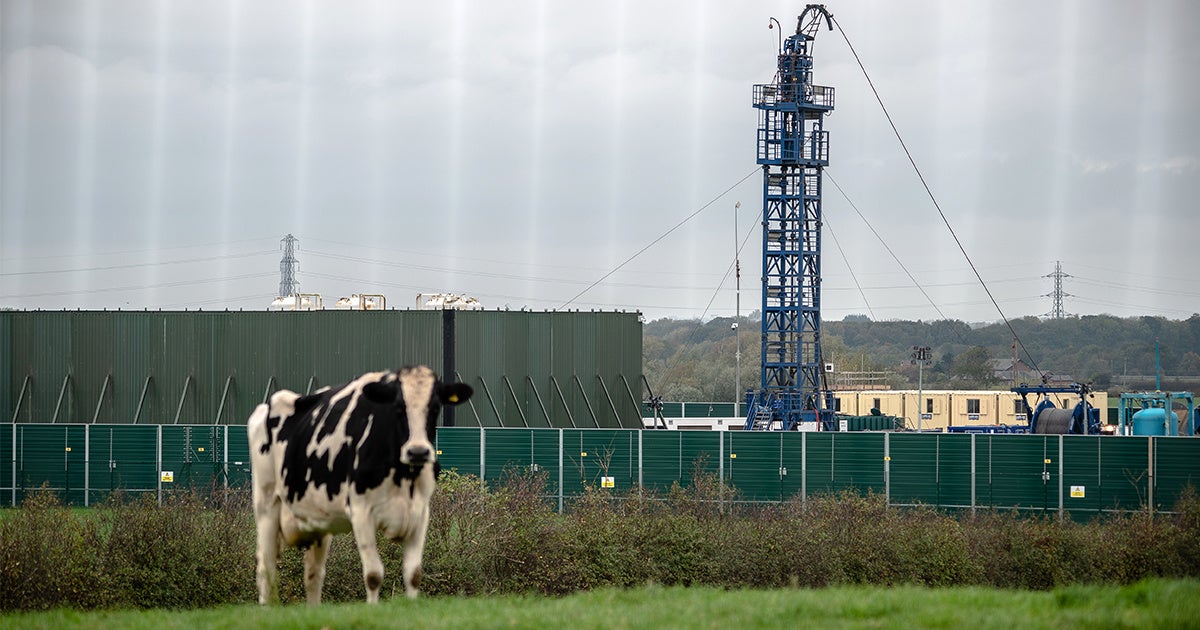 A little over a week after fracking restarted in the UK, it’s been paused again due to seismic activity, The Guardian Reported.

Cuadrilla Resources, the company fracking two wells at the Preston New Road site in Lancashire in northwest England, confirmed Tuesday they had paused operations for the day after a tremor registered a magnitude of 0.4. Tuesday’s tremor was only the largest of six that have been detected near the site since Cuadrilla began fracking again, The British Geological Survey said.

“It is only what we’ve been expecting as it is an undisputed consequence of extreme energy extraction,” Gail Hodson of Frack Free Lancashire told The Guardian. “It highlights the fact that all the regulation in the world, even if it was gold standard, cannot stop seismic activity.

Fracking was originally stopped in the UK in 2011 because of two earthquakes near the fracking site, one reaching a magnitude of 2.3.

When British energy and clean growth minister Claire Perry approved the two new wells in July and September of this year, the government set up a traffic light system to monitor seismic activity and stop fracking if any tremor exceeded a magnitude of 0.5.

"Under the rules, known as the traffic light system, fracking must stop immediately (red level) if seismic events reach 0.5ML."https://t.co/73hC0kSsyA via @ruthhayhurst pic.twitter.com/TIdYynPamz

Since Tuesday’s tremor wasn’t quite that high, Cuadrilla explained their actions as an abundance of caution in a statement reported by ITV News:

The highly sensitive monitoring systems at and around Cuadrilla’s shale gas exploration site in Preston New Road have detected a seismic event within the company’s operational area (approx. 4.8km²) of 0.4 ML (Local Magnitude) this afternoon while hydraulic fracturing operations were ongoing.

This is an extremely low level of seismicity, far below what could possibly be felt at the surface but classed as an amber event as part of the Traffic Light System (TLS) in place for monitoring operational activity.

As such we are required to reduce the rate we are pumping fracturing fluid once it has been detected.

In fact we have adopted extra caution and have stopped pumping for the day.

Seismicity will, as always, continue to be monitored closely around the clock by ourselves and others and we plan to continue hydraulic fracturing again in the morning.

Local residents should be reassured that the monitoring systems in place are working as they should.

These are tiny seismic events that are being detected by our monitors as we fracture the shale rock and are not capable of being felt much less cause damage or harm.

Regulators have been informed.

But fracking opponents like Green Party co-leader Caroline Lucas saw the work pause as just another example of why fracking should never have been allowed to restart in the first place. In a tweet responding to the news, Lucas also called out fracking as a contributor to climate change.

[ Another headline from this week: 5 Earthquakes Recorded in England Just Days After Fracking Restarts ]

“MPs must stand up for the people we represent against the frackers,” she wrote.

Incredible – #fracking already forced to stop because of earthquakes.

Yet @claireperrymp remains determined to force this climate-wrecking drilling on communities without their consent.

MPs must stand up for the people we represent against the frackers.https://t.co/TZHL3tci9v