Fracking to Restart in England Within Weeks 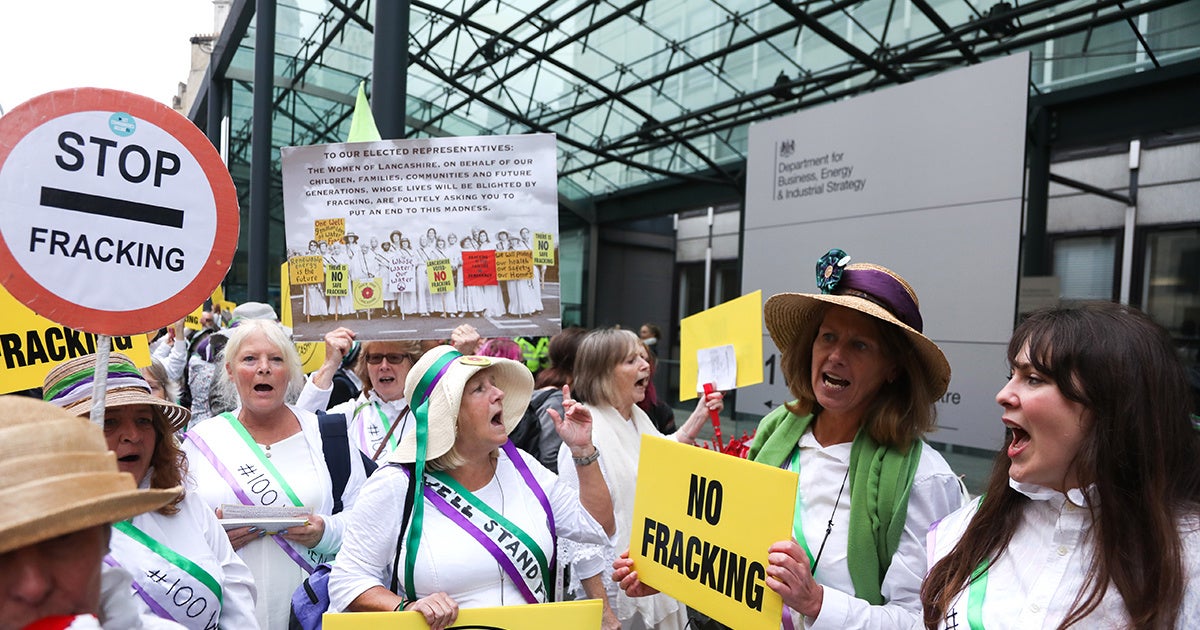 Up to a hundred women from the Lancashire anti-fracking movement dressed as suffragettes congregate in Parliament Square and pay the Dep For Energy, Business and Industrial Strategy a visit, London, Unted Kingdom, Sept. 12. Kristian Buus /In Pictures / Getty Images

The second approval came six days into another parliamentary recess, for party conference season, and fracking opponents have criticized the timing of the approvals.

“They know it’s totally unpopular; they know some of their own MPs are against it, so they sneak this through in an underhand manner,” Frack Free Lancashire media team member Pam Foster told The Independent.

“Claire Perry has just granted permission for another fracking well at Preston New Road just two months after it trampled over local democracy and approved the first. And they’ve done it during recess so MPs can’t hold them to account,” she tweeted, according to The Independent.

No fracking has taken place in the UK in seven years after fracking by Cuadrilla near Blackpool caused earthquakes in 2011, Reuters reported.

The government, however, eager to increase energy independence, has upped regulations and hopes to try again.

It has introduced a system that will stop work on fracking wells if activity of 0.5 or greater on the Richter scale is detected and has stepped up groundwater checks.

“Shale gas has the potential to be a new domestic energy source, further enhancing our energy security and helping us with our continued transition to a lower-carbon economy,” Perry said in an emailed statement reported by Reuters.

But fracking opponents worry about the practice’s impact on groundwater and contribution to climate change.

“The evidence of the damaging environmental, climate and health implications of fracking continues to mount, yet this government is determined to push it through, and the people of Lancashire are going to bear the brunt of it,” Foster told The Independent.

Cuadrilla, on the other hand, pitched fracking as a climate win.

“The UK’s need for a new and reliable source of natural gas, the cleanest fossil fuel, is underlined by a new report suggesting the UK is going to have to rely on more coal to generate electricity,” it said in a statement posted on its website, The Independent reported.

The decision comes as the country prepares to celebrate Green Great Britain Week next month, which Perry will promote, Foster pointed out. “It’s totally hypocritical,” she said.

Fracking is still banned or on hold in Scotland, Wales and Northern Ireland.