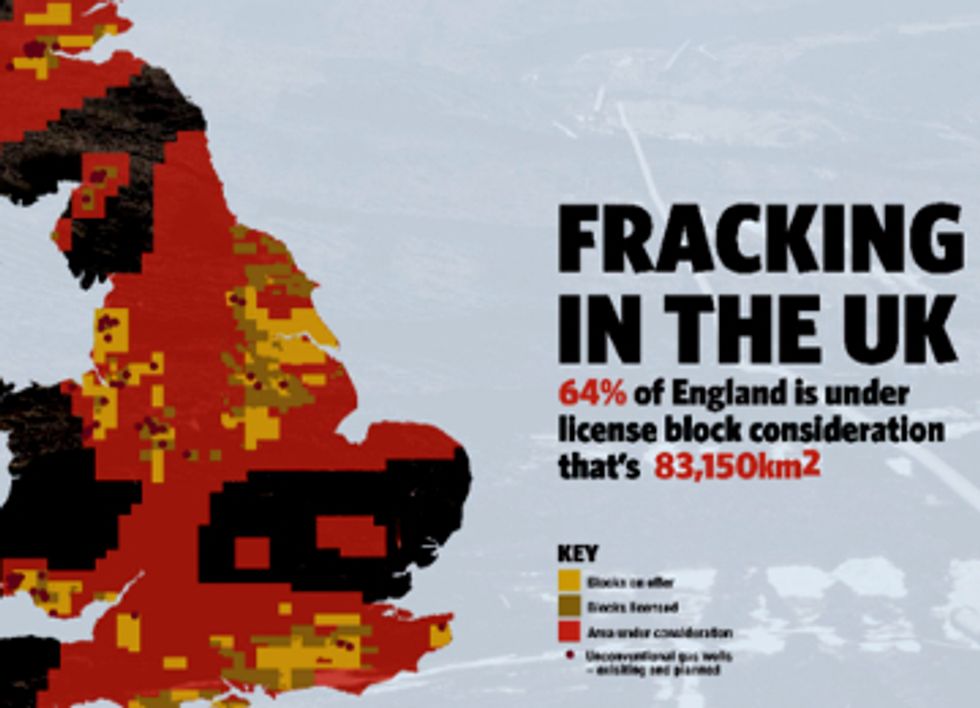 According to Greenpeace research almost two-thirds of England has been earmarked for potential fracking, and local opposition, particularly in Conservative constituencies, is expected to be fierce. Local hostility in Balcombe, West Sussex is already delaying the fracking process, with the Campaign to Protect Rural England warning of a massive backlash if large areas of countryside are "transformed into industrial sites."

The idea that shale gas is going to get the economy moving again is groundless. There’s a huge difference between the amount of gas in the ground and how much fracking companies will be able to commercially extract. Even if they do manage to get some gas out, the fracking industry’s own research reveals that production wouldn’t reach meaningful levels until well into the next decade. If shale is the answer to Britain’s economic malaise then the Chancellor is asking the wrong question.

Analysts from energy regulator Ofgem, Deutsche Bank and Energy UK are lining up to say that UK shale gas won’t bring down bills for households or businesses. Even the company with the biggest stake in Lancashire shale gas, Cuadrilla, privately admits that it won’t reduce energy prices. It’s alarming that the Chancellor is staking his growth strategy on an industry that doesn’t buy his hype.

Last month Greenpeace recorded a senior member of Cuadrilla, the company planning to drill in Lancashire, saying the impact of fracking on energy bills would be “basically insignificant.” Speaking at a drop in session for concerned residents in Balcombe, West Sussex, the spokesman said the media had over-hyped some issues around fracking, but that others were very valid and that locals in Lancashire were right to be concerned about “well integrity” and increased traffic.

Polling in the Chancellor’s Tatton constituency revealed a majority are opposed to fracking, with widespread concern about noise, disruption, falling house prices and earth tremors. Even more interestingly, 12 percent of those who voted Tory at the last election said they’d be less likely to do so again should fracking get the go ahead.