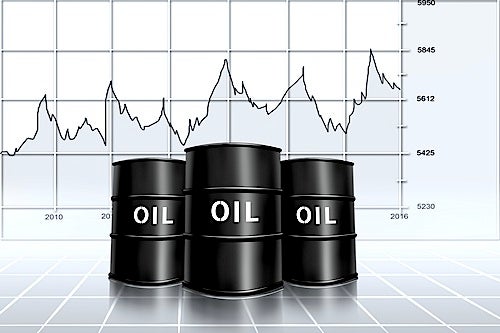 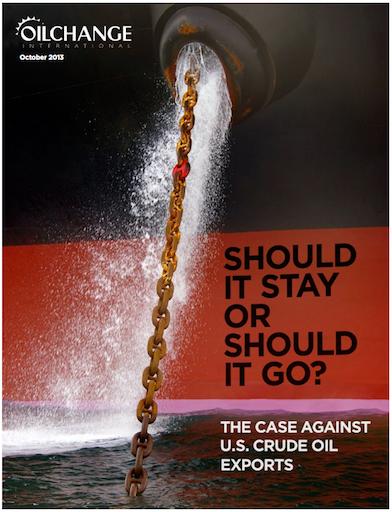 U.S. crude oil can currently only be exported to Canada under restrictions in place since the 1970s Arab oil embargo. Recently, oil producers have sharply increased their exports to Canada, which have doubled since late 2012.

Climate scientists now agree that over two-thirds of global fossil fuel reserves must stay in the ground in order to prevent catastrophic levels of climate change. The report, Should It State Or Should It Go? The Case Against U.S. Crude Oil Exports, calculates that this means that only 20-25 percent of current global proven oil reserves can be exploited, making it clear that adding new reserves is a recipe for disaster.

“In order to play its part in meeting global climate goals, it is imperative that the U.S. maintain the ban on crude oil exports and do everything it can to decrease, rather than increase, the global pool of fossil fuel reserves that are exploited,” said Lorne Stockman, author of the report and research director at Oil Change International.

The price increase gained by deregulating U.S. crude oil exports would enable development of so far undeveloped oil reserves. This would add to the pool of oil reserves that we already cannot consume without destroying the climate. This added production would not enhance U.S. energy security or reduce energy prices, it is intended to raise prices, increase profits and serve international markets.

Maximizing U.S. oil production would also exacerbate the growing impact being felt by hundreds of communities across America who are caught in the midst of a frenzied oil boom led by the high intensity fracking drilling method.

The report also shows that Canadian tar sands crude from the Keystone XL pipeline is likely to be exported through the U.S. as existing export regulations do not apply to foreign crude.

“Ship baby ship is a not a policy that will benefit U.S. consumers or safeguard the climate for our children’s future,” Stockman said.