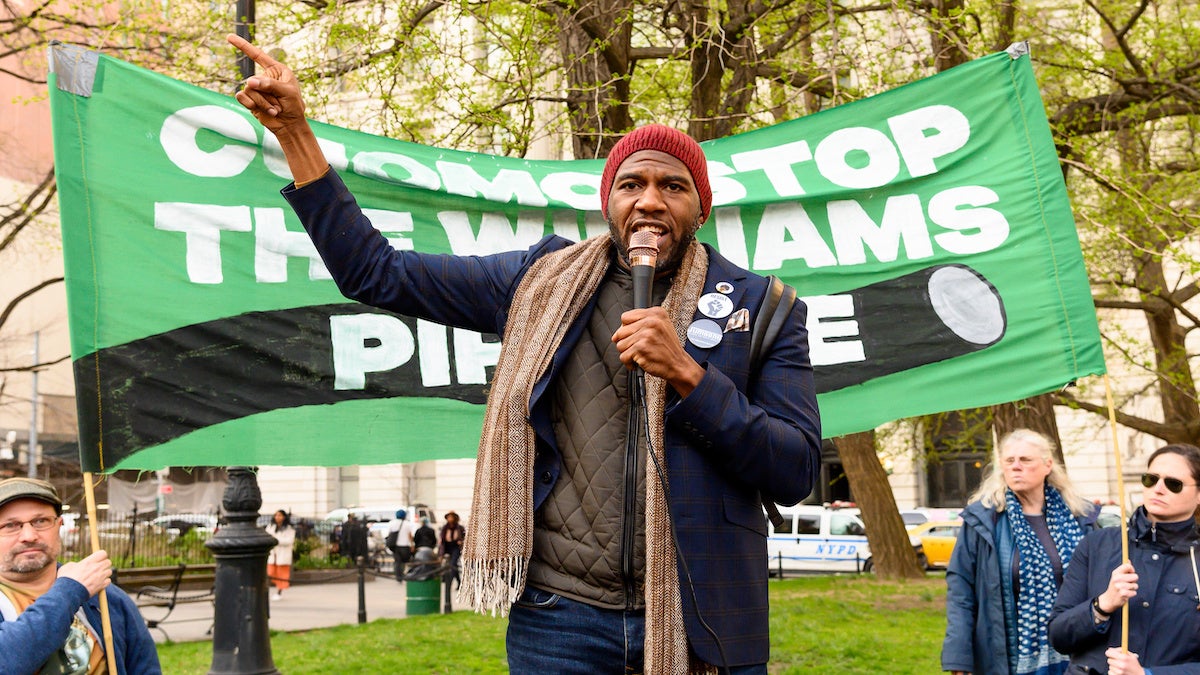 With the nation focused on the coronavirus pandemic and protests against U.S. police brutality that have sprung up across the globe, the Trump administration continues to quietly attack federal policies that protect public health and the environment to limit the legal burdens faced by planet-wrecking fossil fuel companies.

The Environmental Protection Agency on Monday announced a final rule about the Clean Water Act Section 401 certification process for energy infrastructure projects. The rule, first proposed in August 2019, sets a one-year deadline for permitting decisions and restricts the scope of what state and tribal officials can consider.

“Donald Trump and his administration are nothing if not vindictive, spiteful, and capricious,” Food & Water Action executive director Wenonah Hauter said in a statement Tuesday. “This new rule from the EPA, which seeks to undermine a bedrock environmental law and hamstring the rights of states to protect communities from water contamination and climate change, is just the latest example.”

The Trump administration has completed 66 rollbacks of climate and environmental policies and is pursuing 34 more, which brings the first term total so far to 100, according to a New York Times analysis updated on May 20. The greatest number of completed and in progress rollbacks relate to air pollution and emissions; 11 are about water.

Critics slammed the president and EPA Administrator Andrew Wheeler, a former coal lobbyist, for curbing states’ power to protect residents and the planet by rejecting dirty energy projects—and for making yet another assault on national environmental safeguards in the midst of multiple global crises.

And while attention is elsewhere, another Trump assault on the Clean #Water Act and the ability of states to protect water quality threats from #climate change and energy projects.
E.P.A. Limits States’ Power to Oppose Pipelines and Other Energy Projects https://t.co/OmA0arFQ6f

The administration’s new rule, Hauter declared, “is a direct response to repeated actions by concerned local communities and responsible state officials in New York and elsewhere to reject dangerous fossil fuel projects that have no business being built where they’re not wanted.”

“Like so much of what Trump is pursuing now, this is a targeted strike against environmental justice and racial justice,” she said. “It’s a fact that people of color and low-income communities are disproportionately impacted by the air pollution, water contamination, and climate chaos produced by fossil fuel projects.”

“As we’re seeing so clearly now across society,” Hauter added, “this president and this administration are at war with justice and well-being—particularly for the communities that lack these fundamentals the most.”

Wheeler said in a statement Monday that new rule comes in response to an April 2019 executive order from Trump, and is intended to “curb abuses of the Clean Water Act that have held our nation’s energy infrastructure projects hostage, and to put in place clear guidelines that finally give these projects a path forward.”

In a series of major wins for climate campaigners, New York regulators and Cuomo have also repeatedly blocked construction of the billion Williams Pipeline. Citing a longtime EPA employee, HuffPost explained how the new rule could impact state deliberations over projects including that one:

Pipelines―like the Williams Pipeline, which aimed to carry gas from the fracking fields of western Pennsylvania to homes in New York City and beyond―”might cross 20, 30, 40 streams, and each stream requires permits,” said Mark Ryan, who specialized in Clean Water Act enforcement and permitting during his 24 years as the former EPA regional counsel for the Seattle area.

“With these very, very complex permits like with pipelines, the states will say, ‘OK, we want more information… but we don’t want to deny certification, but you have to withdraw the permit application,'” he said. “This new rule says states can’t do that.”

That means states must either grant or deny permits within 12 months or the EPA will deem the state permit waived. This incentivizes pipeline companies to withhold information states would need to fully assess a projects’ impacts on water “to try to force the state to certify the permit,” Ryan said.

Ryan told the Times the rule is “a pretty significant retreat from what they were doing the last 40 years” and could be “very vulnerable” to a legal challenge considering past rulings, including a 1994 U.S. Supreme Court decision. As he put it: “The EPA will have a very hard time convincing the Supreme Court that its current interpretation of the Clean Water Act is correct.”

.@epa’s rule change is a blatant attack on states’ rights and flies in the face of decades of Supreme Court rulings on Section 401 of the #CleanWaterAct. @AlexCKaufman @HuffPost spoke to EPN members Mark Ryan, @RyanandKuehler and Stan Meiburg, @WakeForest. https://t.co/Z4RnII89QX

Hauter vowed that Food & Water Action “will be pursuing all avenues available—legal, electoral, and otherwise—to ensure that states have the right to reject fossil fuels as they see fit, and support vulnerable communities everywhere seeking to protect themselves from this malicious administration.”