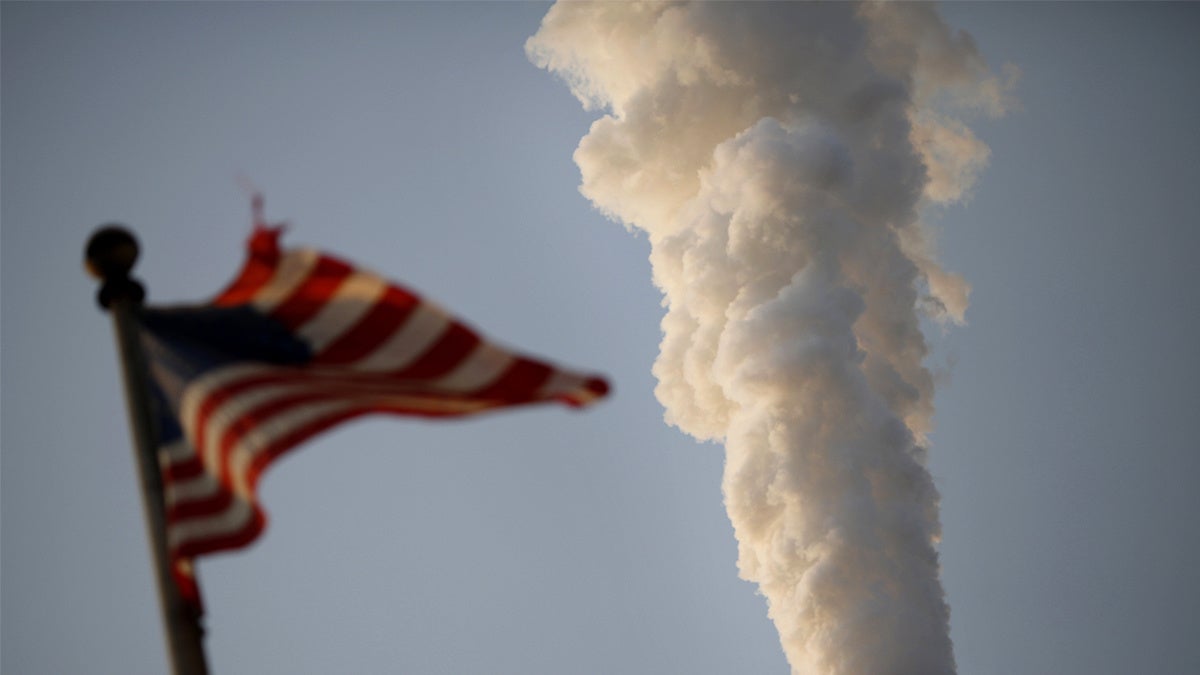 States and cities are suing the Trump administration over a power-plant emissions rule they argue does not do enough to fight climate change. Luke Sharrett / Bloomberg

Twenty-nine states and cities sued the Trump administration Tuesday to stop it from weakening the Obama-era Clean Power Plan, which was the first regulation to set nationwide ceilings on greenhouse gas emissions from power plants, The New York Times reported.

The administration’s replacement, the Affordable Clean Energy Rule, would allow states to decide whether or not to limit emissions. It would ultimately reduce climate-warming emissions by less than half of what is needed to keep global temperatures from rising more than two degrees Celsius above pre-industrial levels, according to figures cited by HuffPost.

“Without significant course correction, we are careening towards a climate disaster,” New York Attorney General Letitia James said in a statement reported by HuffPost. “Rather than staying the course with policies aimed at fixing the problem and protecting people’s health, safety, and the environment, the Trump Administration repealed the Clean Power Plan and replaced it with this ‘Dirty Power’ rule.”

At stake in the lawsuit is how much authority the U.S. Environmental Protection Agency (EPA) has to limit carbon pollution under the Clean Air Act. The 22 states and six cities (plus Washington, DC) behind the suit argue that the replacement plan, finalized in June, does not use the “best system of emissions reduction,” as the act requires. While the Clean Power Plan encouraged utilities to switch to cleaner energy sources, put a price on carbon or use carbon capture technologies, the Trump plan only focuses on improving efficiency at individual plants, The New York Times explained.

“The Clean Air Act requires the EPA to utilize the best system of emissions reduction that it can find. This rule does the opposite,” California Attorney General Xavier Becerra told The New York Times.

But EPA administrator Andrew Wheeler argued that the Clean Power Plan overstepped the federal government’s authority. That was also the argument made by the coalition of Republican-led states and industry groups that sued to stop the Obama-era plan in 2015. In 2016, the Supreme Court blocked the roll-out of the plan until its legal merits could be decided. However, while the U.S. Court of Appeals for the District of Columbia Circuit heard oral arguments in the fall of 2016, it had not issued a final ruling by the time President Donald Trump was elected, according to The Washington Post.

The Trump administration initially requested time to consider the plan, and then announced its intention to repeal it in 2017. If the current lawsuit reaches the Supreme Court, therefore, it could be the catalyst for determining how much authority the EPA has to fight the climate crisis going forward.

“From a public policy perspective, we should hope that this case goes to the Supreme Court — so that everyone who cares about climate change will know the limits of what EPA can do under current law to reduce industrial CO2 emissions,” Jeff Holmstead, who led the EPA’s air and radiation office under President George W. Bush and is now a partner at Bracewell, told The Washington Post.

“It would have a devastating effect on the ability of future administrations to regulate greenhouse gases under the Clean Air Act,” he told The New York Times.