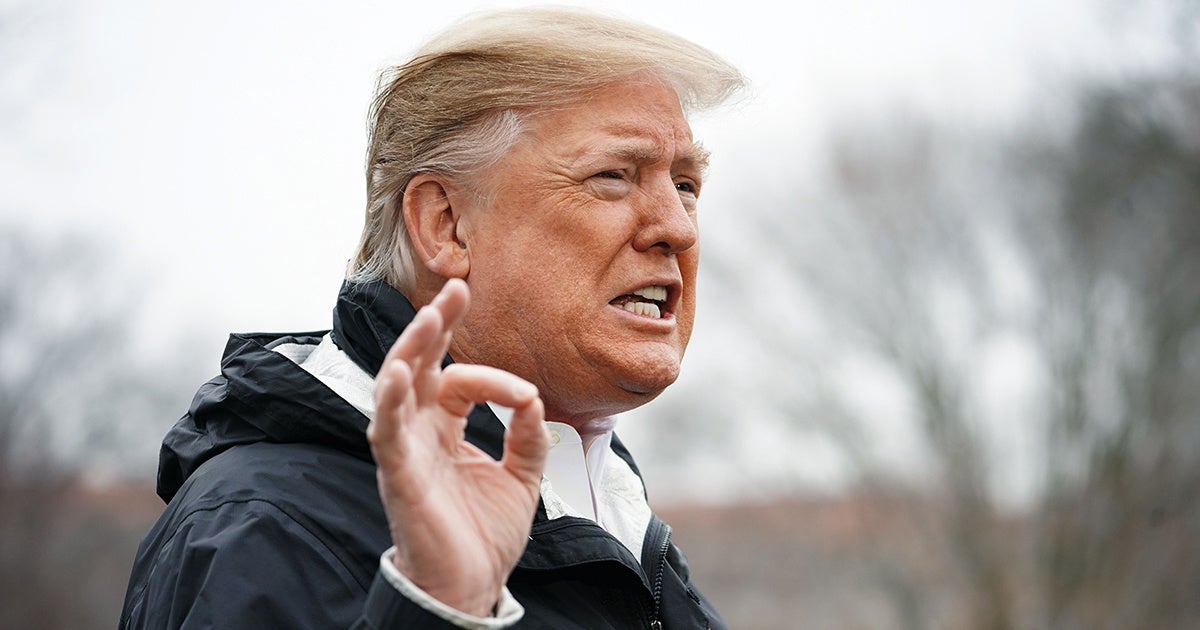 President Donald Trump‘s 2020 budget calls for $8.6 billion in funding for his proposed border wall, NPR reported Monday, signaling that Trump is intent on a project that environmental groups say would be devastating to borderland communities and wildlife and that he is willing to keep fighting Congress to get it.

A funding battle with Congress at the end of 2018 and beginning of 2019 over $5.7 billion for the project led to the longest government shutdown in U.S. history, which caused “irreparable” damage to some of the country’s most beloved national parks.

“President Trump hurt millions of Americans and caused widespread chaos when he recklessly shut down the government to try to get his expensive and ineffective wall, which he promised would be paid for by Mexico,” House Speaker Nancy Pelosi and Senate Democratic leader Chuck Schumer said in a joint statement Sunday. “The same thing will repeat itself if he tries this again. We hope he learned his lesson.”

Congress refused to fund his wall and he was forced to admit defeat and reopen the government. The same thing will repeat itself if he tries this again.

We hope he learned his lesson.

The news also comes days after the conservation group Defenders of Wildlife released an interactive story map showing exactly how Trump’s wall would impact the nature and communities of the Lower Rio Grande Valley (LRGV) in Texas. The map acts in lieu of an environmental impact statement, which the Trump administration has refused to conduct, Defenders of Wildlife said in a press release about the map.

“The Lower Rio Grande Valley has become ground zero for the Trump administration in its pursuit of a border wall that will destroy precious landscapes and communities,” President and CEO of Defenders of Wildlife Jamie Rappaport Clark said in a statement. “This region is home to some of the most biodiverse habitat in the United States and is crucial to the survival of endangered species like the ocelot.”

“This region is home to some of the most biodiverse #habitat in the US & is crucial to the survival of #endangeredspecies like the #ocelot.” – @JClarkprez. Explore our interactive story map that compiles the impacts of wall construction in #Texas: https://t.co/P1N2kvlCr9 pic.twitter.com/bjILwKiXeg

The LRGV is home to more than 700 species of vertebrate, 300 species of butterfly, more than 300 bird species and at least 18 threatened or endangered species. There are already 115 miles of concrete or steel barrier along the Texas / Mexico border, and Congress has earmarked enough funds in 2018 and 2019 to build 88 more miles of concrete and steel wall in the LRGV. The Trump administration has issued legal waivers for 35 miles of wall and contracts for 14 miles, and the wall construction would seal off parts of the Lower Rio Grande Valley National Wildlife Refuge, Defenders of Wildlife said.

Sites like the Bentsen Rio Grande Valley State Park, the National Butterfly Center and the La Lomita chapel in Mission, Texas are also threatened by planned construction, but the construction has not been funded yet.

The map also shows how the wall will impact communities, cutting people off from homes, businesses and recreation trails. It includes quotes from stakeholders like property owner Nayda Alvarez:

“I have lived here all my life. This land belonged to my great-grandparents since this area was part of Mexico. Unlike some people [who] say that we might be first generation — no, my parents and great-grandparents have been here forever … I’m not losing a piece of my land. I’m actually going to lose my house.”

A 2017 study from the Center for Biological Diversity found that the border wall could put 93 endangered species at risk.