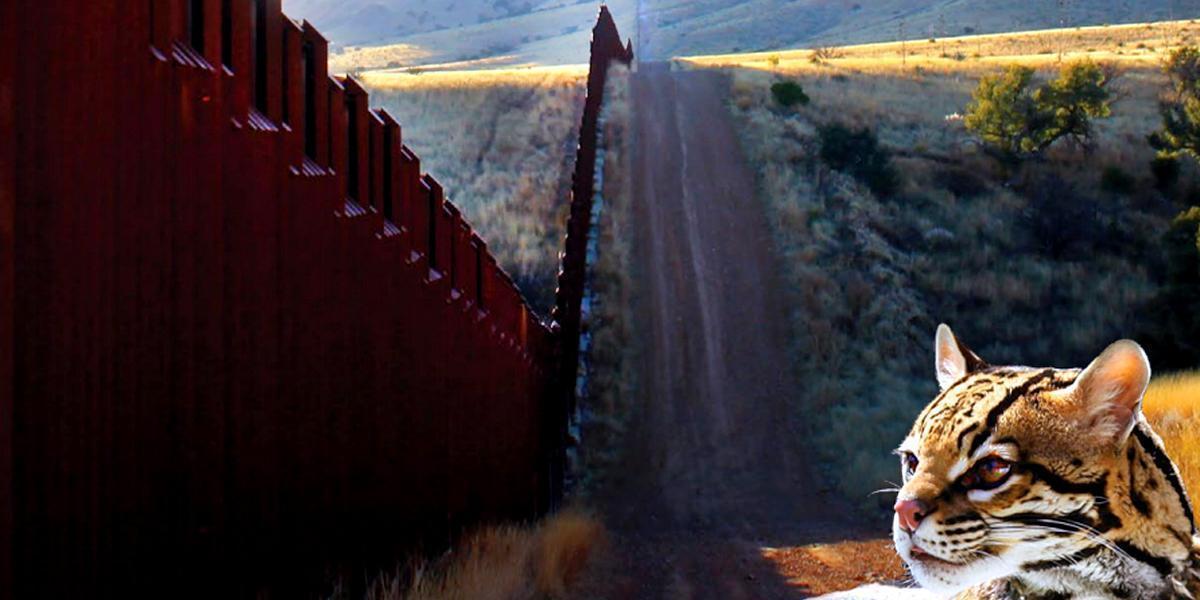 The study also found that 25 threatened or endangered species have designated “critical habitat” on the border, including more than 2 million acres within 50 miles of the border.

“Trump’s border wall is a disaster for people and wildlife alike,” Noah Greenwald, endangered species director at the Center for Biological Diversity, said. “It could drive magnificent species like the jaguar and ocelot to extinction in the United States.”

The new study identified all threatened, endangered and “candidate” species (those being considered for protection) that have ranges near or crossing the border. These include 57 endangered species, 24 threatened species, 10 species under consideration for protection and two species of concern, golden and bald eagles. Construction of Trump’s 1,200-mile wall—along with related infrastructure and enforcement—will have far-reaching consequences for wildlife, including cutting off migration corridors, reducing genetic diversity, destroying habitat and adding vehicles, noise and lights to vast stretches of the wild borderlands.

“The border wall won’t be effective at stopping people seeking a better life from getting to this country, but it will destroy habitat and divide wildlife populations,” Greenwald said. “Building a wall across the entirety of the border would cause massive damage to one of the most biologically diverse regions in North America and would be a boondoggle of the highest order.”

The sections of border wall that have already been built have had a range of negative effects on wildlife, including direct destruction of thousands of acres of habitat, indirect impacts from noise and light pollution, and division of cross-border wildlife populations like bighorn sheep and jaguars. The border wall would cut through the Cabeza Prieta, Buenos Aires and several other national wildlife refuges, along with Organ Pipe Cactus National Monument, Big Bend National Park and many other natural areas that, besides acting as corridors for wildlife, are national treasures. 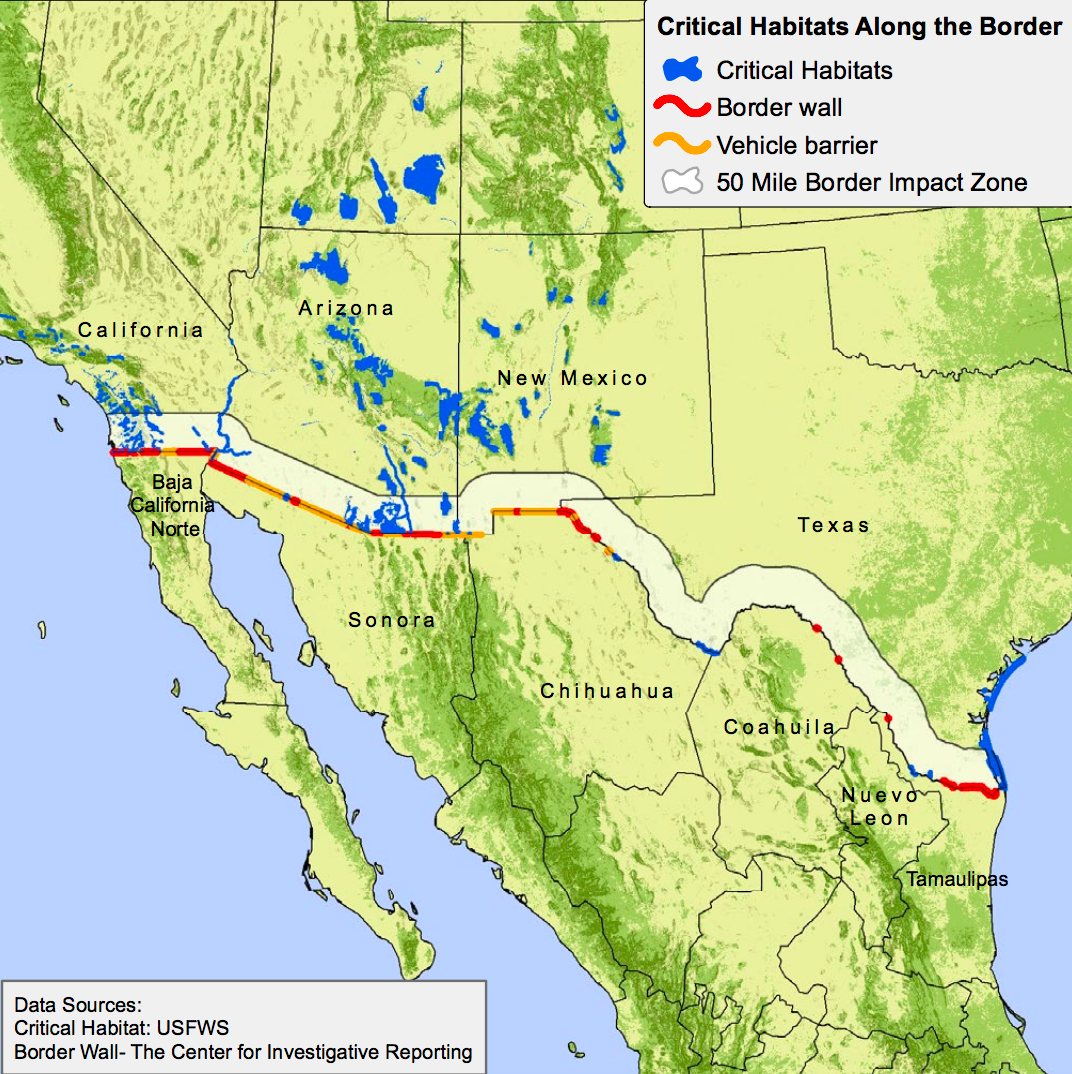 Last month the Center for Biological Diversity and Congressman Raúl M. Grijalva (D-Ariz.), the ranking member of the House Committee on Natural Resources, sued the Trump administration over the proposed border wall and other border security measures, calling on federal agencies to conduct an in-depth investigation of the proposal’s environmental impacts.

The suit, filed in the U.S. District Court for the District of Arizona, is the first targeting the Trump administration’s plan to vastly expand and militarize the U.S.-Mexico border, including construction of a “great wall.”