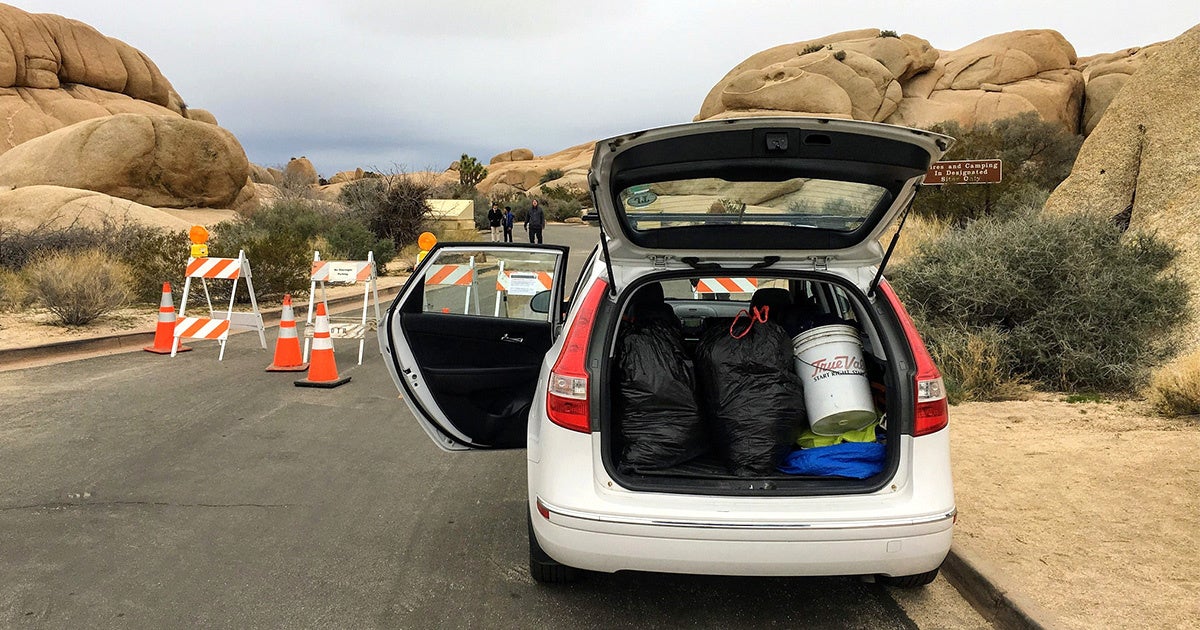 The partial government shutdown that has endangered nature and visitors at understaffed national parks finally came to an end Friday, when President Donald Trump agreed to temporarily reopen the government despite not receiving any money for his proposed border wall.

The deal will put some 800,000 federal workers, who have now missed two paychecks, back to work while the president and Congress try and reach a deal over funding for the wall that would put 93 species at risk from extinction. But the fix, which ends the longest government shutdown in U.S. history, is only temporary.

“If we don’t get a fair deal from Congress, the government will either shut down on February 15 again, or I will use the powers afforded to me under the laws and the Constitution of the United States to address this emergency,” Trump said Friday, as CNN reported. “We will have great security.”

The agreement does mean, however, that park rangers and other staff can begin to assess the damage done during the shutdown, as many parks remained open to the public but understaffed. In shutdowns under previous administrations, the parks have typically closed entirely. Park staff will also move to reopen services that were shuttered.

“The damage done to our parks will be felt for weeks, months or even years. We want to thank and acknowledge the men and women who have devoted their careers to protecting our national parks and will be working hard to fix damage and get programs and projects back up and running,” National Parks Conservation Association President Theresa Pierno said in a statement. “We implore lawmakers to use this time to come to a long-term funding agreement and avoid another disaster like this. Federal employees, businesses, communities and national parks deserve better.”

"Fully reopening the federal government will mean so much to so many. For rangers and other park staff, it will mean returning to our national parks, assessing the damage… and once again welcoming visitors to the places they all love."https://t.co/KitSp8eizX

Here is what the return to normal looks like at parks around the country.

The Visitor Center for the Mississippi National River and Recreation Area in Minnesota reopened Saturday and saw 180 guests in its first hour, Superintendent John Anfinson told The Associated Press. He said his employees had “big smiles on their faces” when he visited. Park Ranger Sharon Stiteler captured the mood when she tweeted a video of the center’s gate opening under the word, “Weeeee!”

Dozens of supporters of Joshua Tree National Park saw in its full reopening with a rally Saturday to call attention to the havoc wreaked in the park during the shutdown, when several Joshua Trees were cut down and rocks damaged. The rally was originally planned to call for an end to the shutdown, but went forward anyway despite Friday’s announcement.

“What’s happened to our park in the last 34 days is irreparable for the next 200 to 300 years,” former Joshua Tree National Park Superintendent Curt Sauer told The Palm Springs Desert Sun.

Visitor Centers at Yellowstone National Park reopened Sunday, and a majority of staff are returning Monday to resume operations, The Associated Press reported.

“For example, employees will begin to process the backlog of applications for special use permits, film permits, commercial use authorizations, and research permits. By midday Monday, the public will also be able to obtain permits for the non-commercially-guided snowmobile access program,” the park website explained.

With the enactment of the continuing resolution, staff at Yellowstone National Park will resume regular operations beginning tomorrow: https://t.co/3VFCt0X69q

Mesa Verde National Park in Colorado, on the other hand, will not be able to reopen until Feb. 4. This is because of rock falls that returning staff must now clear.

“During the shutdown, several large rock falls occurred on the main park road between mile markers two and three, causing damage to the road and guardrail,” Mesa Verde spokeswoman Cristy Brown said, as National Parks Traveler reported. “Repairing the road damage and replacing the guardrail, along with substantial snow removal, are necessary to ensure visitor and staff safety prior to the park reopening.”

Staff at Mount Rainier National Park in Washington have a different blockage to clear: snow. While access to the park’s Longmire section is fully restored as of Sunday, it is likely to take several days to restore vehicle access from Longmire to the popular Paradise area.

With the enactment of the continuing resolution, @MountRainierNPS staff are now working to resume regular winter operations. Access to Longmire continues. Access to Paradise expected to take days as crews work on snow removal from roads: https://t.co/sToEINdNDI pic.twitter.com/BaJo8ZMjSg

“Significant targeted snow removal is required on all roads, pull-outs and parking areas between Longmire and Paradise. Staff are working now to restore safe access to this popular winter recreation area as quickly as possible. A projected opening date will be established as soon as possible,” the park said in a release.

Joshua Tree Closes because of damage during government shutdown. Park Rangers stated that "there have been incidents of new roads being created by motorists and the destruction of Joshua trees in recent days." #PublicLands @JoshuaTreeNPS https://t.co/zUi1wmiVJz