Bill McKibben: Trudeau’s Pipeline Push Makes Him a Disaster for the Climate 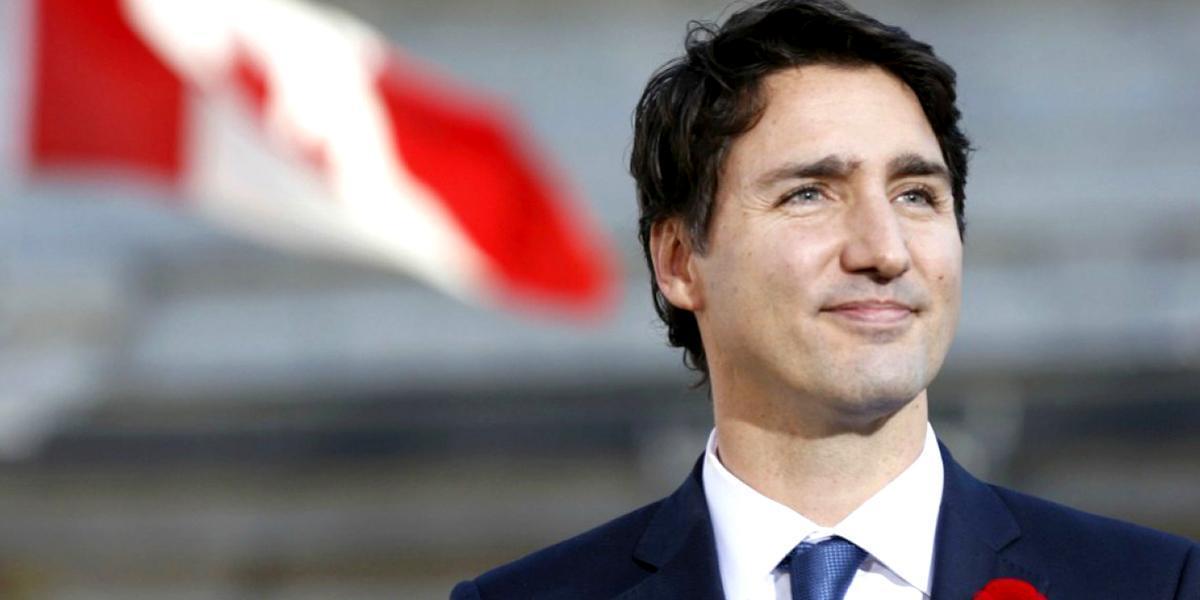 Donald Trump is so spectacularly horrible that it’s hard to look away (especially now that he’s discovered bombs). But precisely because everyone’s staring gape-mouthed in his direction, other world leaders are able to get away with almost anything. Don’t believe me? Look one nation north, at Justin Trudeau.

Look all you want, in fact—he sure is cute, the planet’s only sovereign leader who appears to have recently quit a boy band. And he’s mastered so beautifully the politics of inclusion: compassionate to immigrants, insistent on including women at every level of government. Give him great credit where it’s deserved: in lots of ways he’s the anti-Trump, and it’s no wonder Canadians swooned when he took over.

But when it comes to the defining issue of our day, climate change, he’s a brother to the old orange guy in DC.

Not rhetorically. Trudeau says all the right things, over and over. He’s got no Scott Pruitts in his cabinet. Everyone who works for him says the right things. Indeed, they specialize in getting others to say them too—it was Canadian diplomats, and the country’s environment minister Catherine McKenna, who pushed at the Paris climate talks for a tougher-than-expected goal: holding the planet’s rise in temperature to 1.5 degrees Celsius.

But those words are meaningless if you keep digging up more carbon and selling it to people to burn, and that’s exactly what Trudeau is doing. He’s hard at work pushing for new pipelines through Canada and the U.S. to carry yet more oil out of Alberta’s tar sands, which is one of the greatest climate disasters on the planet.

Last month, speaking at a Houston petroleum industry gathering, he got a standing ovation from the oilmen for saying “No country would find 173bn barrels of oil in the ground and just leave them there.”

That is to say Canada, which represents one-half of one percent of the planet’s population, is claiming the right to sell the oil that will use up a third of the earth’s remaining carbon budget. That is to say, Trump is a creep and a danger and unpleasant to look at, but at least he’s not a stunning hypocrite.

Yes, 173bn barrels is indeed the estimate for recoverable oil in the tar sands. So let’s do some math. If Canada digs up that oil and sells it to people to burn, it will produce, according to the math whizzes at Oil Change International, 30 percent of the carbon necessary to take us past the 1.5 degree target that Canada helped set in Paris.

This having-your-cake-and-burning-it-too is central to Canada’s self-image/energy policy. McKenna, confronted by Canada’s veteran environmentalist David Suzuki, said tartly, “We have an incredible climate change plan that includes putting a price on carbon pollution, also investing in clean innovation. But we also know we need to get our natural resources to market and we’re doing both.” Right.

But doing the second negates the first—in fact, it completely overwhelms it. If Canada is busy shipping carbon all over the world, it doesn’t matter all that much if every Tim Horton’s stopped selling donuts and started peddling solar panels instead.

Canada’s got company in this scam. Australia’s Malcolm Turnbull is supposed to be more sensitive than his predecessor, a Trump-like blowhard. When he signed on his nation to the Paris climate accords, he said, “It is clear the agreement was a watershed, a turning point and the adoption of a comprehensive strategy has galvanized the international community and spurred on global action.”

Which is a fine thing to say, or would be, if your government wasn’t backing plans for the largest coal mine on earth. That single mine, in a country of 20 million, will produce 362 percent of the annual carbon emissions that everyone in the Philippines produces in the course of a year. It is, obviously, mathematically and morally absurd.

Trump, of course, is working just as eagerly to please the fossil fuel industry—he’s instructed the Bureau of Land Management to make permitting even easier for new oil and gas projects, for instance. And frackers won’t even have to keep track of how much methane they’re spewing under his new guidelines. And why should they? If you believe, as Trump apparently does, that global warming is a delusion, a hoax, a mirage, you might as well get out of the way.

Trump’s insulting the planet, in other words. But at least he’s not pretending otherwise.