The Trouble With Biofuels 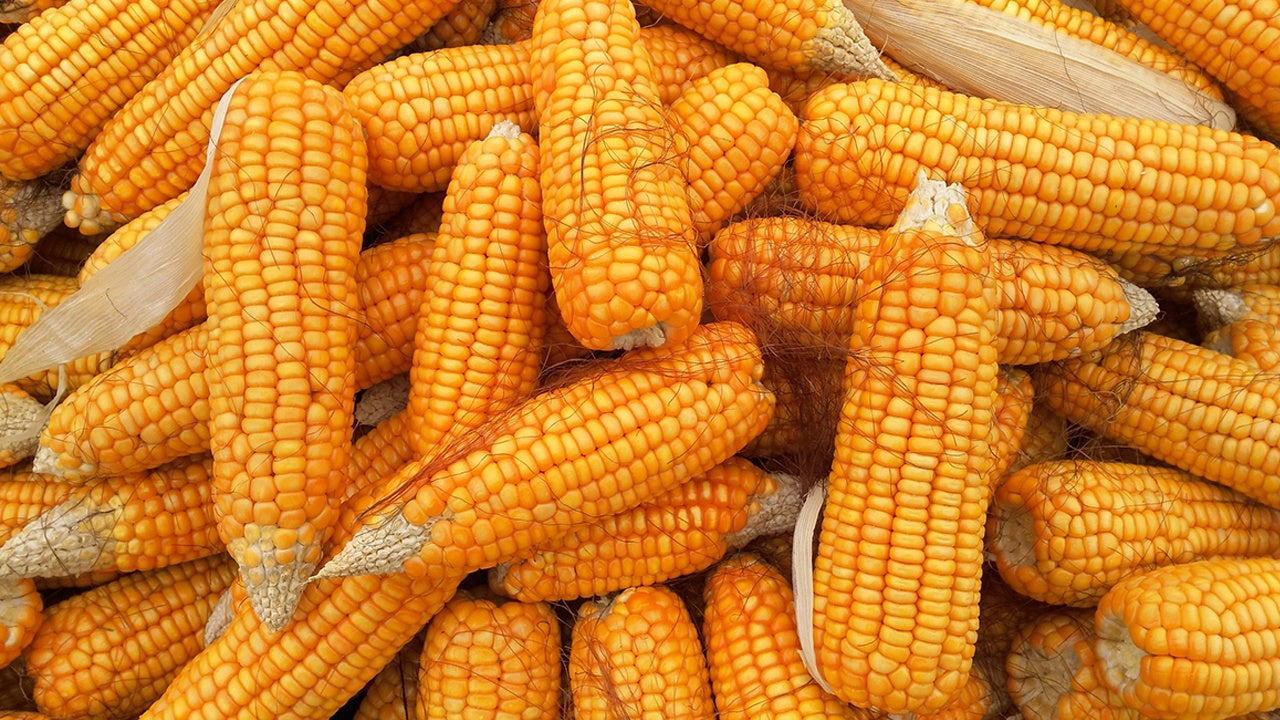 A ruckus over biofuels has been brewing in Iowa.

For months now the Trump administration has been promising to deliver a new biofuels package that would boost the market for production of soy- and corn-based alternative fuels. The move would help American farmers hurt by the administration’s tariffs, as well as ease their anger over changing regulations that have exempted several oil refineries from blending biofuels with their other fuels.

At the time many experts predicted biofuels would provide a renewable source of energy, help reduce the use of fossil fuels, and lessen the risks of climate change. After the Act was passed, the biofuels market jolted into life.

“In 2000 we used less corn for ethanol than sweeteners in soda,” said Jeremy Martin, director of fuels policy at the Union of Concerned Scientists. “By 2010 ethanol was up there with animal feed as the largest consumer of corn.” Last year total U.S. biofuel production reached 16 billion gallons a year, and industry projections anticipate continued growth.

Perhaps the most interesting thing about the expansion of the biofuels industry — as a share of the fuel market and a lobbying power — is that the general public hasn’t really noticed. Compared with fracking or coal, biofuels aren’t the subject of many policy reports or New York Times op-eds. Media coverage of the biofuels package has been limited.

But as President Donald Trump continues to make promises about the future of biofuels, two important questions loom: Should the rest of the country care about what’s going on in Iowa and other corn-belt states? And is biofuel expansion something we should welcome or oppose?

The industry often referred to as “Big Corn” has a surprising amount of power and has actively intensified its lobbying efforts.

In 2018 several biofuel interest groups each spent more than million to lobby the government over the Renewable Fuel Standard, an average increase from 2017 of around 0,000. This is obviously small change compared with what the fossil-fuel industry spends — the biggest oil companies each spend -50 million every year — but the biofuel groups’ efforts have paid off to some degree. Although the ethanol lobby has not made headway reducing the number of small refinery waivers issued by the government, they’re getting other desired results: The Trump administration favors raising the minimum ethanol volume in gasoline, something the oil and gas lobby opposes.

Critics say this lobbying has allowed the industry to successfully broaden its market without fully informing customers of the potential costs and concerns, which range from reduced gas mileage to increased air pollution.

Perhaps as a result, the public perception of biofuels — or what little we know about it — remains fairly positive.

Unsurprisingly, one place where public approval seems to be holding is Iowa, a state whose economy also depends on biofuels.

According to a public opinion poll by the Iowa Biodiesel Board, a state trade association, 65 percent of Iowans have a positive opinion of biodiesel, while just 4 percent have a negative opinion. Those numbers haven’t changed much over time.

A national voter poll by the American Biodiesel Board released in October 2019 paints a similar picture. More than half of survey participants said they believed the federal government should encourage the use of biofuels.

Outside of trade group polls, though, there isn’t a lot of academic research on public attitudes to biofuels and biodiesel. Gallup and Pew Research opinion polls don’t ask about them, so we don’t know the true national consensus on biofuels, or whether biofuels are more popular than other nontraditional sources of energy such as fracking, solar or nuclear power.

What we do know comes from a few years ago.

Bret Shaw, a professor at the University of Wisconsin-Madison, has researched public attitudes within his state. His papers from 2011 and 2012 (based on research conducted in 2009) are some of the most recent to document American opinion. Almost two-thirds of Wisconsinites surveyed told him they support the use of biofuels, which matches the Iowa poll. They correctly answered an average of 5 out of 9 questions about biofuels, demonstrating reasonably good knowledge.

However, Shaw’s studies suggested that public opinion may be more malleable and precarious than those robust approval ratings imply. In his surveys he found that renaming “biofuels” as “ethanol” negatively affected the opinion of Democrats but didn’t sway Republicans. Public opinion on both sides dipped when the surveys stated that adding biofuel blends could lower a car’s gas mileage.

Shaw cautions that public attitudes may have shifted in the past decade, but his studies still present the clearest snapshot of public perception of biofuels — as well as the opportunity to better inform consumers about the products that go into their gas tanks.

So why should the public care, especially since they have so little choice in the matter?

What the Public Doesn’t Know Can’t Hurt Them — Can It?

Advocates of biofuels around the country tout them as better for the environment than fossil fuels, a fact that polls tell us the public doesn’t disagree with.

Scientists, on the other hand, have begun to question some of those environmental benefits. According to some studies, biodiesels emit more of certain pollutants than regular diesel, and biofuels can have a larger carbon footprint than gasoline, depending on where you start in the production cycle. These findings don’t seem to enter the public discourse.

Increased corn production can also harm farmland because it causes farmers to cut back on crop rotation, a process essential to maintaining soil quality and reducing pests. Farmers also have an increased incentive to plant corn in ecologically sensitive grassland or wetlands. 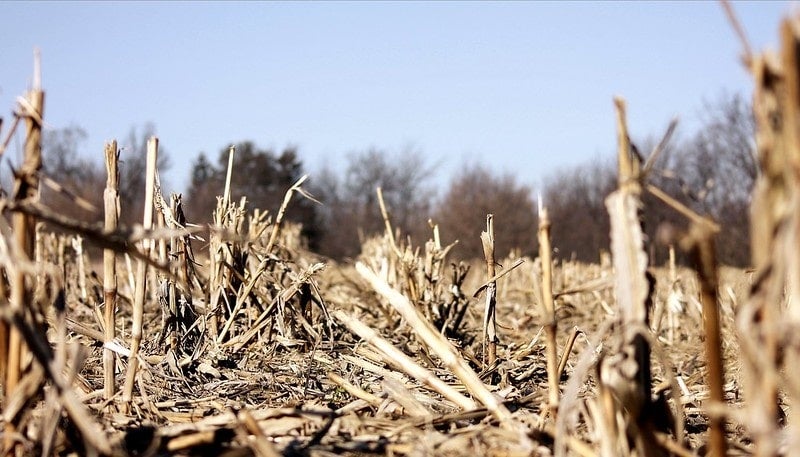 But the effects of biofuel production on wildlife and public health are subtle and hard to separate from the consequences of food production. This sets biodiesel apart from other sources of pollution and environmental health, such as fracking, which are often much more immediately visible. For example, images of brown tap water were enough to mobilize national opposition to fracking. Intensified corn production doesn’t generate such arresting sights. Corn requires more fertilizer than other crops, and the toxic algal bloom caused by fertilizer runoff into the rivers is a visible consequence of increased corn production to meet biofuel demand. However, these blooms occur out of sight in the Gulf of Mexico.

The Union of Concerned Scientists advocates for cleaner energy, but stands neither for nor against biofuels.

“Our position is that all fuel producers should be cleaning up their act,” said Martin. “More emphasis on ‘how do we make biofuels better’ rather than just ‘let’s have more biofuels’.”

Although these problems have been identified and studied, if not widely discussed, some experts suggest that maybe they don’t matter in the long term.

“When they passed the first Renewable Fuel Standard, every forecast was that demand for gasoline would rise forever with economic growth,” said Martin. “Now most long-term forecasts reflect that gas consumption is likely to fall rather than rise. That means we’re headed towards ethanol use falling.”

He adds that wide-scale electric vehicle adoption, unthinkable in 2005, now looks closer to reality. Once that happens, ethanol use could go into freefall.

Back in Iowa, biofuels and biodiesel advocates remain bullish about market expansion, even though the government remains only partially on their side.

“In the near future we think we can easily double our industry,” said Kimberley, who doesn’t believe a widespread adoption of large electric vehicles in sectors like commercial trucking, where vehicles otherwise run on bio-blends of diesel, is coming anytime soon.

Meanwhile the drama in Washington continues. The House Energy and Commerce Committee recently held a subcommittee hearing on the Trump plan to exempt certain oil refiners from the Renewable Fuel Standard’s biofuel blending requirements. That plan made oil companies happy but enraged Iowa farmers. For now, that tension may continue to grow.