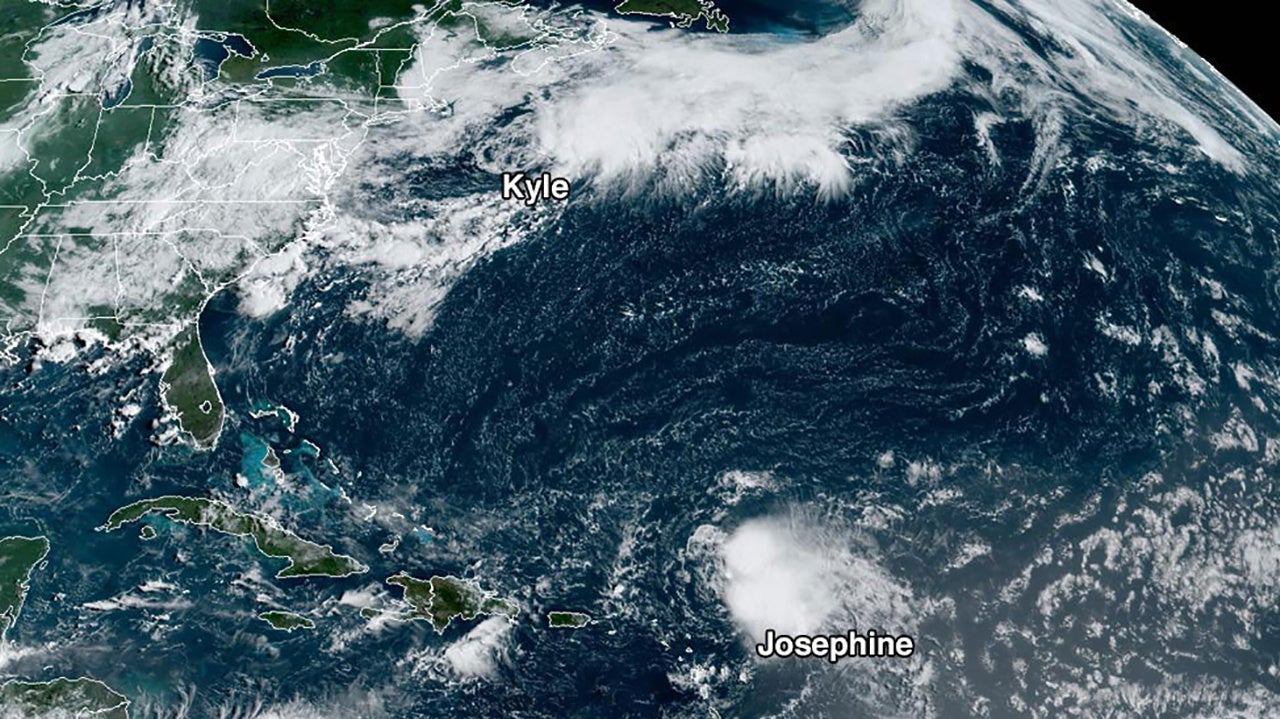 The record-busy 2020 Atlantic hurricane season brought another addition to its bevy of early-season storms at 5 p.m. EDT August 14, when Tropical Storm Kyle formed off the coast of Maryland.

Kyle arrived well ahead of the previous earliest appearance by the Atlantic season’s eleventh named storm – Katrina on August 24, 2005. Seven other Atlantic storms have set similar records during this already-hyperactive 2020 season.

However, the majority of 2020’s impressive herd of early-season storms have been short-lived; only two made it to category 1 hurricane strength. As a result, the Accumulated Cyclone Energy, or ACE – a measure of the total destructive power of a hurricane season – has been unusually low for the first 10 storms of a season, according to statistics tweeted by Sam Lillo:

Meanwhile, the season’s record-earliest tenth named storm, Tropical Storm Josephine, was also struggling with high wind shear as it traced out a path over the open ocean.

At 5 a.m. EDT Saturday, Josephine was located about 310 miles east of the northern Leeward Islands, moving west-northwest at 15 mph with top sustained winds at 45 mph. Josephine is expected to bring one to three inches of rain over portions of the northern Leeward Islands, the Virgin Islands, and Puerto Rico over the weekend. Josephine will encounter steadily rising wind shear through Monday, peaking at a very high 30 – 35 knots. This high shear is likely to destroy Josephine’s circulation by Monday, before the storm can affect any other land areas.