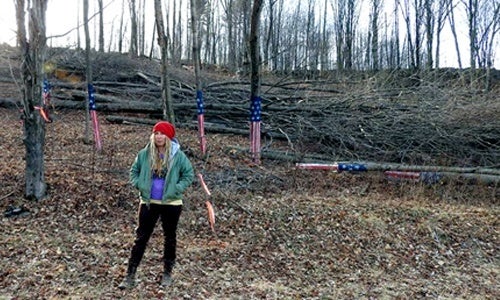 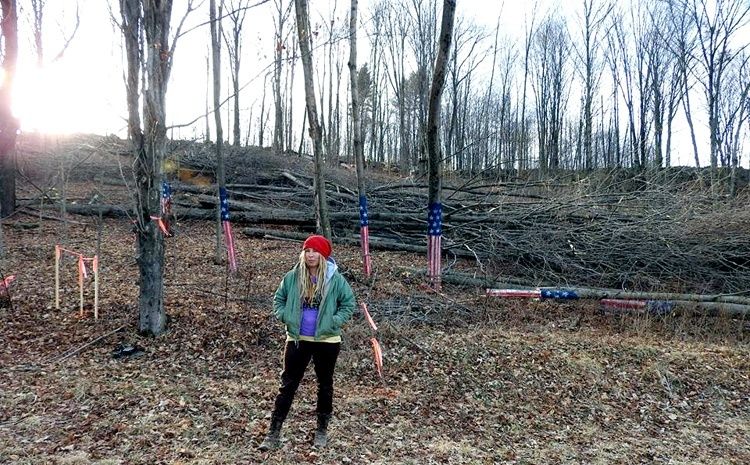 Megan Holleran stands in front of the trees that were cut on her property Tuesday. The Hollerans lost their court battle to save their maple trees from eminent domain to make way for the Constitution Pipeline.

The cutting began 11 days after Federal Judge Malachy Mannion dismissed charges of contempt against the landowners for allegedly asking a tree crew that had arrived on the property not to cut the trees. The charges were dismissed due to the prosecution’s inability to show enough evidence of violation of the February 2015 order that cited eminent domain in giving Constitution Pipeline Company permission to cut on the property without landowner permission. The judge expanded on the original order, adding a 150-foot “safety buffer” to be maintained around all tree-cutting activity, effectively extending the size of the Right of Way. All visitors and family members are remaining outside of the buffer while trees are being felled this week.

North Harford Maple is a family business owned by Cathy Holleran that produces maple sap and syrup utilizing their sugarbush, which includes 1,670 linear feet of the proposed 125-foot-wide right of way.

“I have no words for how heartbroken I am,” Megan Holleran, a family member and field technician for North Harford Maple, said. “We’ve been preparing for this for years, but watching the trees fall was harder than I ever imagined it would be.” She admits that she expected more compassion from the company, but was wrong. This week’s cutting will destroy 90 percent of the only sugarbush that the family owns. “They refused to see us as people and brought guns to our home,” she added.

In February 2015, Judge Mannion in Scranton ordered that the Holleran property and several others in Susquehanna County be condemned using eminent domain for the private use of Constitution Pipeline Company.

A partial Notice to Proceed with non-mechanized tree cutting was issued by the Federal Energy Regulatory Commission (FERC) on Friday, Jan. 29 for the Pennsylvania portion of the Constitution Pipeline. According to the deadline set by FERC, felling must be completed by March 31.

The Constitution Pipeline is a project of Williams Pipeline Companies and Cabot Oil & Gas to be used to transport shale gas obtained through the controversial process of hydraulic fracturing, or fracking. The right of way would be at least 100 feet wide, with additional intermittent 50 foot wide workspaces and access roads.

According to Kelly Finan on her Facebook wall, “In 2015, the Constitution Pipeline company used eminent domain to seize my best friend’s family maple stand for their natural gas pipeline in New Milford, PA. The family has not been compensated for their land. In New York, the permitting for the pipeline has not been completed, so the family argued that cutting trees on their property was preemptive. When the family politely denied tree crews access to their property last month, the company took the family to federal court in an attempt to have them fined and put in federal prison for violating the eminent domain court order. Today the company arrived on the property with assault rifle-bearing federal marshals. They cut down the trees.”

“If the American flag stands for anything,” Rich Garella said on Finan’s Facebook page, “it stands for the rights that are enshrined in the Constitution. These pipeline companies are misusing eminent domain and the courts are on the side of the companies. They are taking land, scarring our countryside and destroying livelihoods for the sake not of public use, but of private profit and nothing more.” 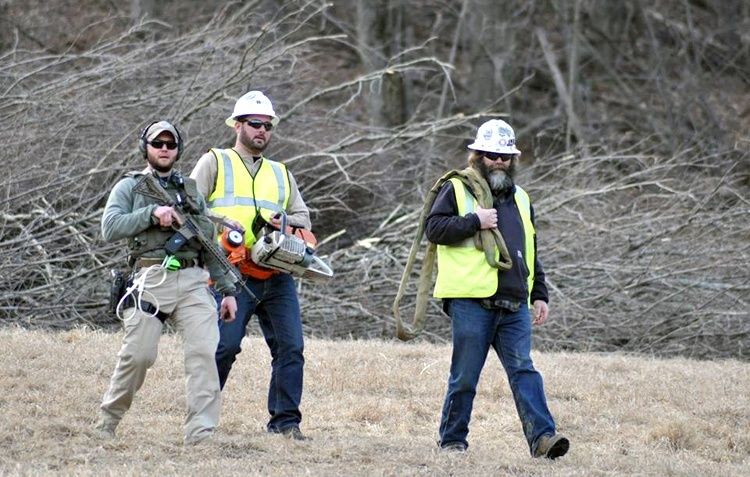 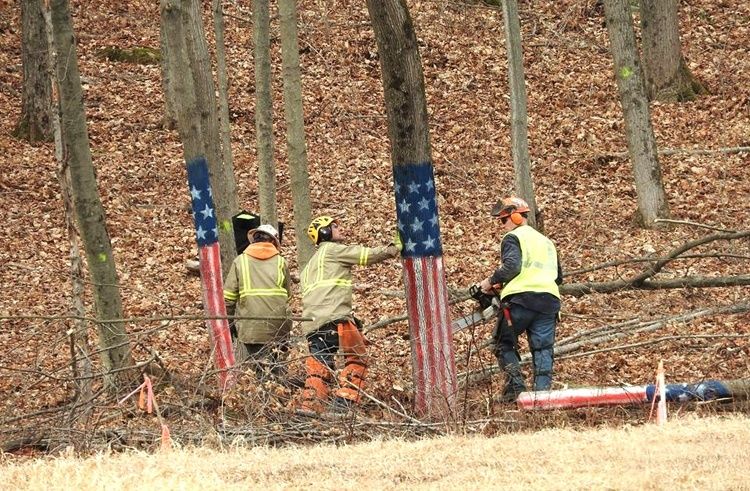 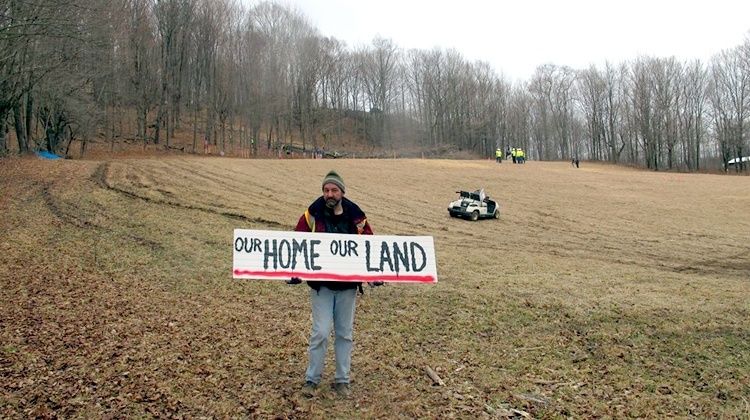