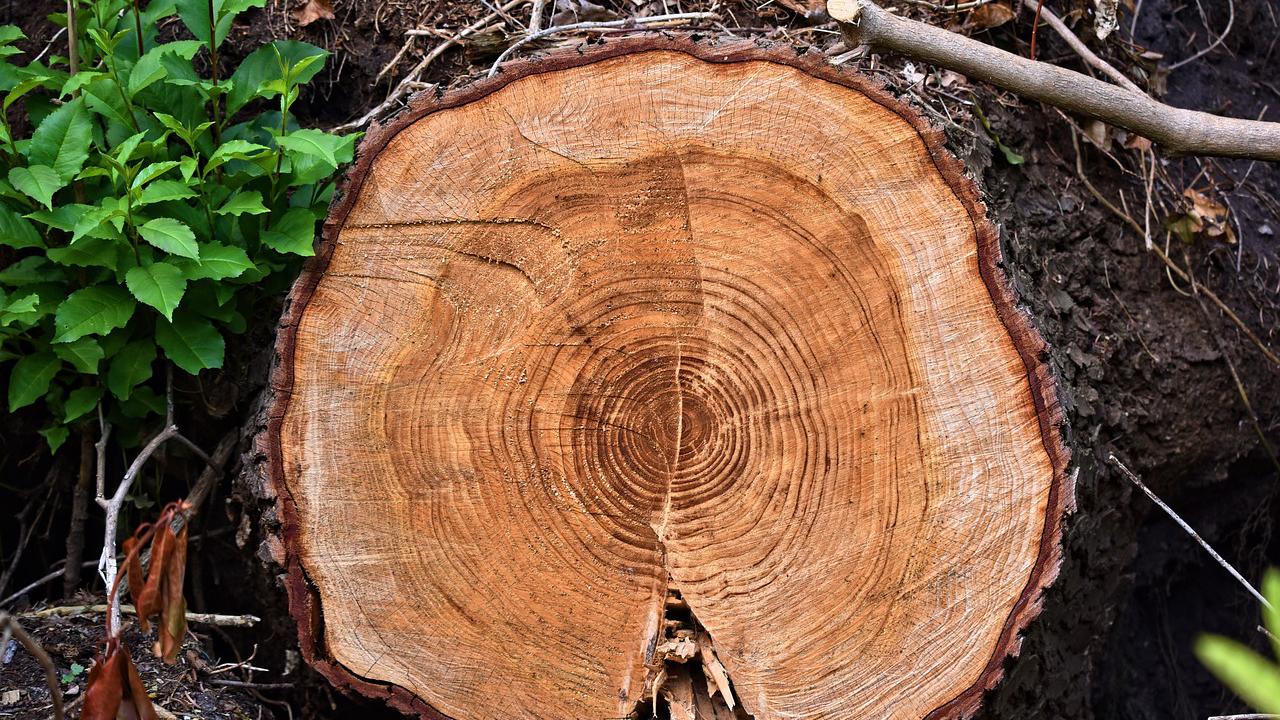 To determine when this management practice first arose in Europe, researchers have analyzed oak construction timbers from historical buildings and archaeological sites dating from the 4th to 21st centuries. They spotted a characteristic tree ring pattern indicative of this technique in timber dating back to the 6th century. That was a surprise, the researchers noted, because this forest management practice shows up in historical documents beginning only in the 13th century.

A Pattern in the Rings

The coppice-with-standards management practice produces a two-story forest, said Bernhard Muigg, a dendrochronologist at the University of Freiburg in Germany. “You have an upper story of single trees that are allowed to grow for several understory generations.”

That arrangement imprints a characteristic tree ring pattern in a forest’s upper story trees (the “standards”): thick rings indicative of heavy growth, which show up at regular intervals as the surrounding smaller trees are cut down. “The trees are growing faster,” said Muigg. “You can really see it with your naked eye.”

Muigg and his collaborators characterized that dendrochronological pattern in 161 oak trees growing in central Germany, one of the few remaining sites in Europe with actively managed coppice-with-standards forests. They found up to nine cycles of heavy growth in the trees, the oldest of which was planted in 1761. The researchers then turned to a historical data set — more than 2,000 oak timbers from buildings and archaeological sites in Germany and France dating from between 300 and 2015 — to look for a similar pattern.

The team found wood with the characteristic coppice-with-standards tree ring pattern dating to as early as the 6th century. That was a surprise, Muigg and his colleagues concluded, because the first mention of this forest management practice in historical documents occurred only roughly 500 years later, in the 13th century.

It’s probable that forest management practices were not well documented prior to the High Middle Ages (1000–1250), the researchers suggested. “Forests are mainly mentioned in the context of royal hunting interests or donations,” said Muigg. Dendrochronological studies are particularly important because they can reveal information not captured by a sparse historical record, he added.

These results were published in December in Scientific Reports.

“It’s nice to see the longevity and the history of coppice-with-standards,” said Ian Short, a forestry researcher at Teagasc, the Agriculture and Food Development Authority in Ireland, not involved in the research. This technique is valuable because it promotes conservation and habitat biodiversity, Short said. “In the next 10 or 20 years, I think we’ll see more coppice-with-standards coming back into production.”

In the future, Muigg and his collaborators hope to analyze a larger sample of historic timbers to trace how the coppice-with-standards practice spread throughout Europe. It will be interesting to understand where this technique originated and how it propagated, said Muigg, and there are plenty of old pieces of wood waiting to be analyzed. “There [are] tons of dendrochronological data.”

Katherine Kornei is a freelance science journalist covering Earth and space science. Her bylines frequently appear in Eos, Science, and The New York Times. Katherine holds a Ph.D. in astronomy from the University of California, Los Angeles.