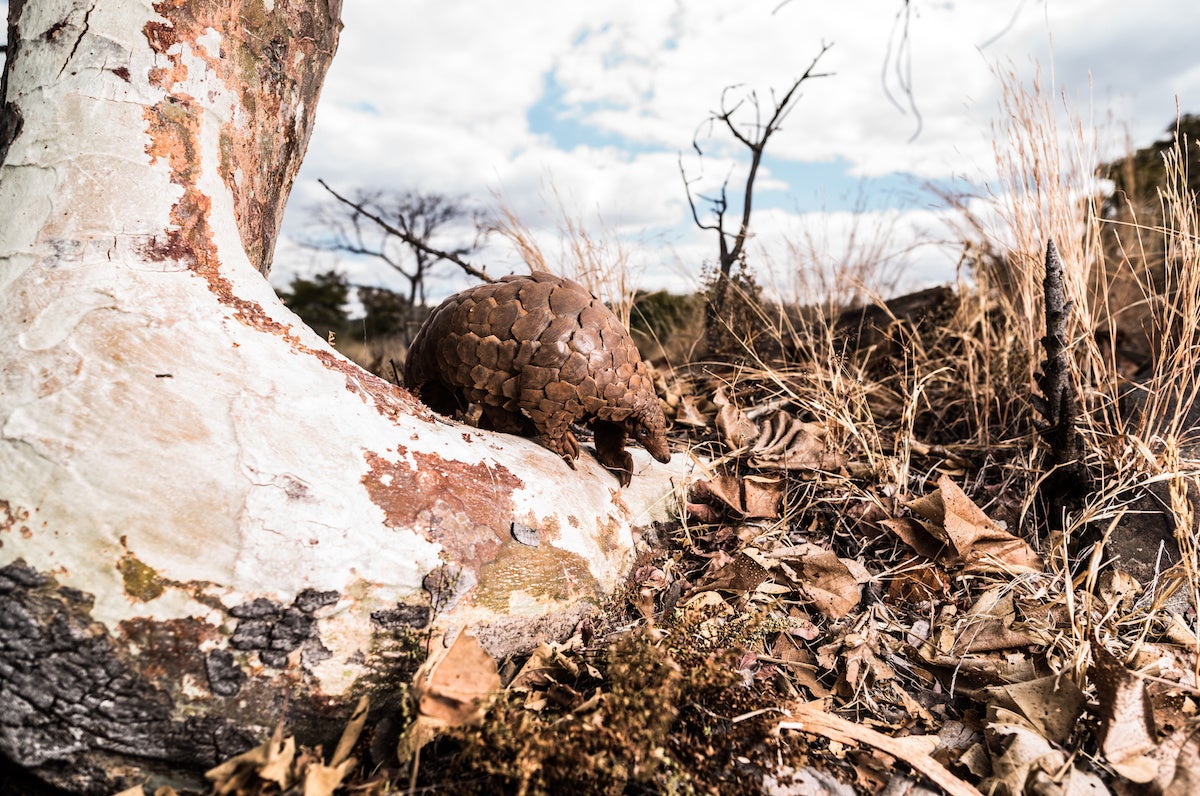 A ground pangolin (Smutsia temminckii) in Zimbabawe. Pangolins are one of the world's most endangered species. Adrian Steirn / Barcroft Media via Getty Images

The pangolin’s future looks gloomy, according to the latest update by the International Union for Conservation of Nature (IUCN), which assesses the conservation status of species.

Of the eight known species of the pangolin, one of the world’s most trafficked mammals, two African species, the while-bellied (Phataginus tricuspis) and the giant ground pangolin (Smutsia gigantea), have been moved from “vulnerable” to “endangered” on the IUCN Red List. One Asian species, the Philippine pangolin (Manis culionensis), has been uplisted from “endangered” to “critically endangered.” No species improved in status in the assessment.

Much of the decline in the armor-clad mammals can be attributed to the loss of their habitat and large-scale poaching for the animals’ scales and meat, experts say.

“It is extremely disheartening but unsurprising that three additional pangolin species are now formally classified as endangered and critically endangered,” Audrey Delsink, Africa wildlife director of Humane Society International, said in a statement.

Pangolin scales, largely made of keratin just like human fingernails, are sought after in Asian markets, mainly China and Vietnam, where people erroneously believe the scales have medicinal properties, such as promoting menstruation and lactation and in treating rheumatism and arthritis.

The shy mammals are also hunted for bushmeat in Africa, although in China, pangolin meat is consumed both as a luxury food item and for its purported curative properties. In 2016, countries voted to list all eight species of pangolin on CITES Appendix I, banning commercial trade in the animals. Yet, widespread trafficking of their body parts continues.

Despite the rampant poaching, researchers know little about pangolins, also known as scaly anteaters, because they eat ants and termites. The animals are nocturnal and difficult to survey, and there isn’t a whole lot of quantitative information about their population status in the wild. What conservationists do know, however, is that both the live animal and its scales, meat, and other body parts keep appearing in illegal wildlife seizures around the world. Between 2000 and 2019, for instance, at least 850,000 pangolins were trafficked internationally, a recent study found.

The pangolins’ decline comes from both the widespread loss of their forest habitat and increased targeting by poachers, following the decline in Asian pangolin numbers, the IUCN Species Survival Commission (SSC) Pangolin Specialist Group noted in the species’ assessments.

“Pangolins continue to get hammered by poaching and trade, and extinction is on the horizon for these adorably odd creatures,” Sarah Uhlemann, international program director at the Center for Biological Diversity, said in a statement.

Adam Peyman, wildlife programs and operations manager for Humane Society International, added, “The new Red List assessments illustrate the urgent need for action to stop these charming animals from slipping into extinction … The trafficking network is global, and so must our response be to save the pangolin.”