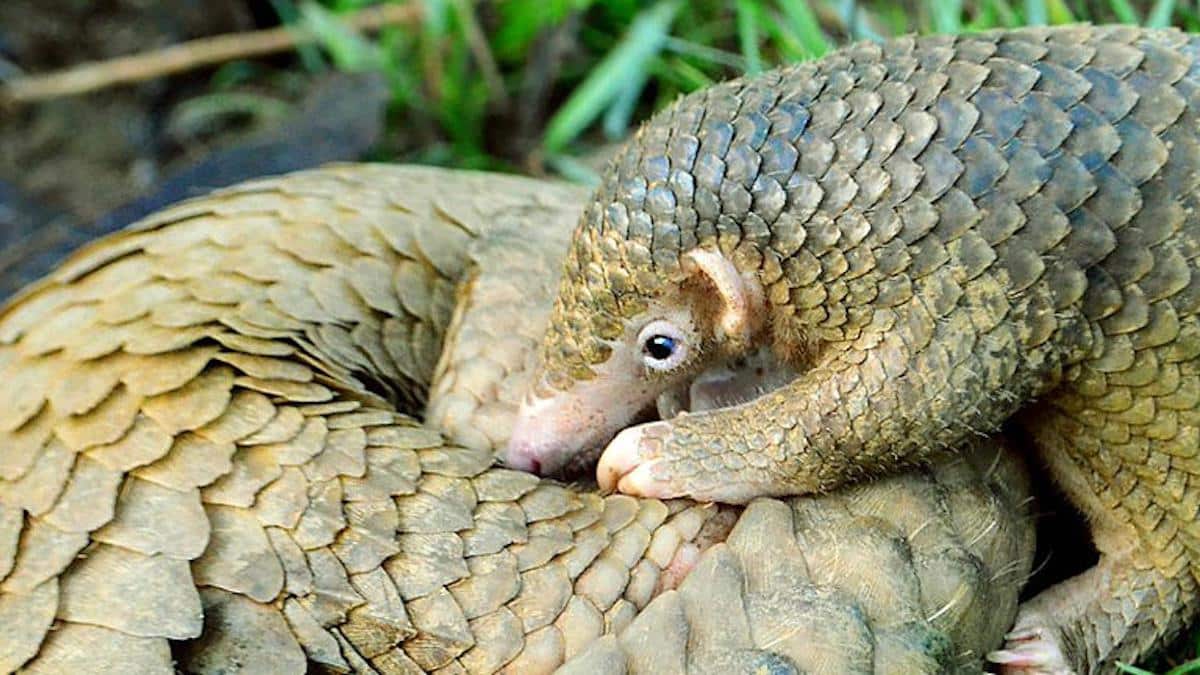 Knowledge of the Philippine pangolin, the only pangolin species in the country, is scant. Sightings of the animal are rarer still. But unlike other pangolin species around the world that teeter on the brink of extinction, a new study suggests that with the appropriate conservation measures, the Philippines’ endemic pangolin still has a shot at bouncing back.

In a study published last December in the journal Global Ecology and Conservation, researchers conducting a comprehensive survey found that Philippine pangolins (Manis culionensis) have been spotted in 17 of the 24 municipalities in Palawan, the island province that’s the only place on Earth where this species occurs.

“This is promising for the Philippine pangolin and suggests it is not too late to establish conservation efforts across the species’ range,” lead author Lucy Archer, from the Zoological Society of London (ZSL), tells Mongabay.

So little is known about the Philippine pangolin that even as the IUCN considers the species to be critically endangered, there is no accepted estimate for its baseline population. The scientific literature suggests the species was never common, and interviews with Indigenous communities carried out in 2018 suggest it has been in sharp decline since the 1980s, the IUCN notes.

However, the newly published survey gives reason for optimism.

Similar comprehensive surveys assessing locals’ knowledge of pangolins, done in West Africa for the giant pangolin (Smutsia gigantea) and in China and Vietnam for the Chinese pangolin (Manis pentadactyla), show that locals strongly believe that their pangolin species are extinct: sightings are rare or non-existent. This isn’t the case with the Philippine pangolins: locals are still seeing them, albeit very rarely, and the number of areas where they can be found is high.

“Compared to similar studies on pangolin species elsewhere, these results suggest that Philippine pangolin populations may not have reached the critical levels shown by Chinese pangolins in China and Vietnam, or by giant pangolins in Benin,” Archer says. “This provides some hope for the species.”

The survey ran from January to June 2019 and helps establish the species’ distribution area based on residents’ sightings. Locals call the animal balintong, which means “somersault,” in reference to its habit of rolling away to hide from danger. 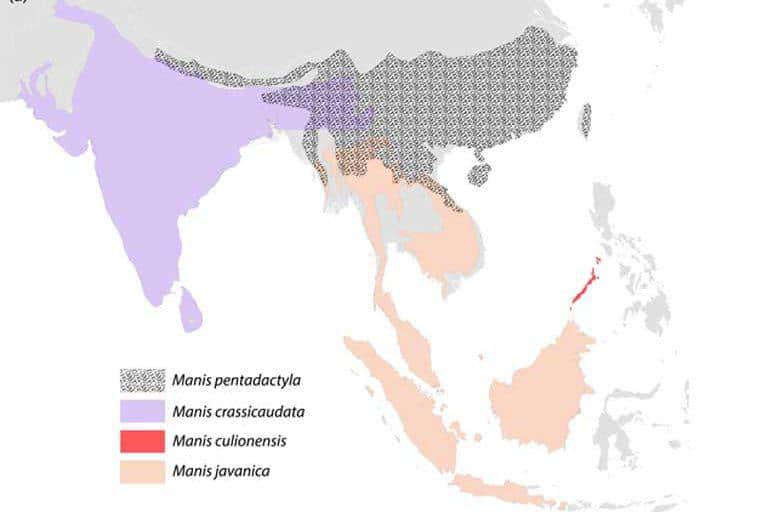 Range of the four Asia pangolin species: the Chinese, Indian, Sunda and Philippine pangolins. A mix of colors within the maps indicates an overlap in the different species’ distributions. The species’ ranges are based on the IUCN Red List assessments (IUCN 2014). Note: The distribution maps are currently being updated by the IUCN Pangolin Specialist Group. Image courtesy of University of Adelaide / TRAFFIC. Image courtesy of University of Adelaide / TRAFFIC

Local conservationists also link an increase in Chinese projects in the Philippines to growing demand for pangolin meat in restaurants in Manila catering to the influx of Chinese workers and visitors. In a span of two years, Philippine pangolins became one of the most trafficked species in the country, pushing them to critically endangered status both on the IUCN and the national red lists.

Initial trafficking seizures often turned up shipments carrying both pangolins and various turtle species. But since 2018, Philippine authorities have been intercepting shipments consisting solely of pangolin parts. In September 2019, authorities in Puerto Princesa City, the capital of Palawan, made the largest-ever seizure of Philippine pangolin scales: 1,154 kilograms (2,545 pounds), for which at least 3,900 pangolins would have been killed.

From 2018 to 2019, local authorities seized 6,894 Philippine pangolins, according to a recent report released by wildlife trade monitoring group TRAFFIC. The figure is alarming, conservationists say, because there are no clear estimates for how many of the animals remain.

But while researchers are racing against time to save the local pangolin population, studies are limited by the pangolin’s peculiar and cryptic habits. Pangolins are solitary, nocturnal, non-vocal and semi-arboreal. While these traits haven’t been enough to protect them from poachers, they make it very difficult to study the species in the wild, Archer says.

“Imagine walking through a forest at night and trying to find something that makes little noise and might be found alone up a tree,” she says. “It would take a lot of time and effort!”

These cryptic behaviors result in low detection probabilities, meaning the chances of spotting one, even if it’s nearby, is “very small,” Archer adds.

“General biodiversity surveys therefore rarely record pangolins and so specific targeted monitoring methods are needed,” she says. “However, such methods are still in development for pangolins so we don’t yet have accepted or standardized monitoring methods… partly because they are so difficult to find which therefore makes the development of such methods difficult!”

This is where the study by Archer and her team comes in. It adds to the existing knowledge base by drawing from what’s called local ecological knowledge (LEK), a type of data that builds on first-hand observations or interactions of locals in an area where a species can be found.

But while it has been used in conservation, particularly in community-led conservation efforts, locals’ knowledge of their environments remains a largely underutilized data source. “Its benefits lie in being able to collect lots of information over wide geographical areas over a relatively short time frame and at low costs — this study took place over 6 months,” Archer says.

“Hopefully, studies like this will aid the development of such methods as new monitoring methods can be trialed in areas where we at least know the species exists. We can also use local knowledge to target specific habitats and places where people have recently seen the species,” Archer says.

Eighty-seven percent of respondents in the Palawan survey could identify and provide information on the Philippine pangolin, but said sightings are rare or very rare, even compared to other threatened species. This points to an urgent need to establish localized conservation initiatives, the study says. And the survey notes a high level of general local support for wildlife protection, particularly of the pangolin.

The study forms the basis for ZSL’s conservation action and community engagement in the municipality of Taytay in northern Palawan, one of the identified conservation priority areas. Archer says a second phase involves using camera traps to monitor the species, which will hopefully aid in creating a community conservation area.

“We hope this will provide a useful body of information that local governments and conservation organizations can use to inform conservation efforts, and which future research can be compared to in order to track trends in species status and threats,” she says.