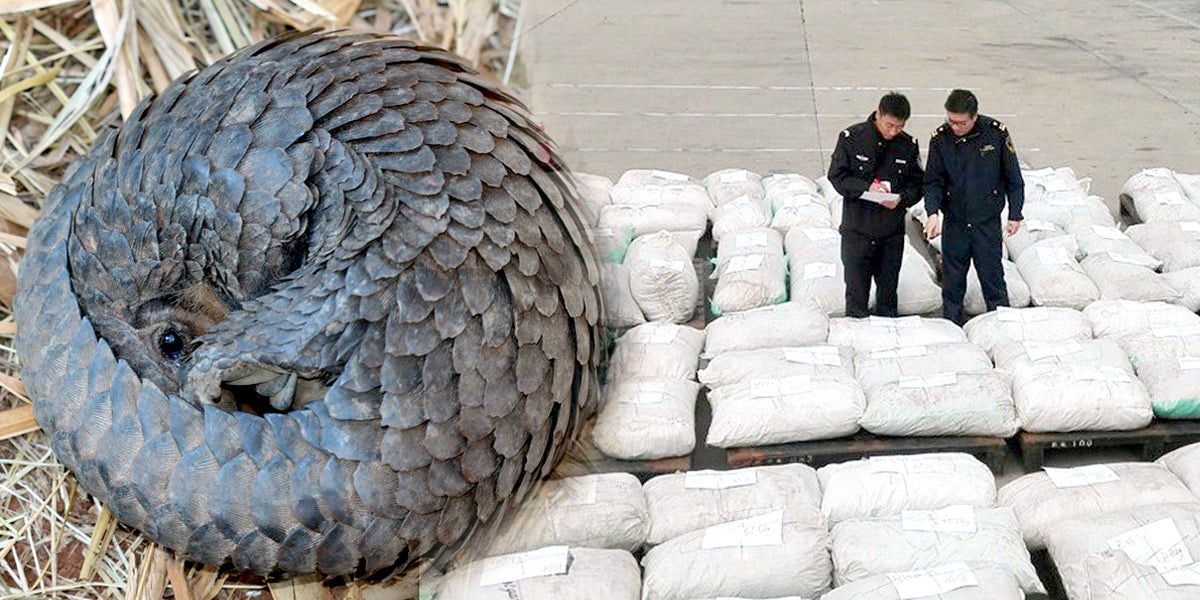 Pangolin—the world’s most trafficked mammal—continues to be killed in huge numbers.

On Wednesday, Chinese customs officials announced that they had seized more than three metric tons (3,000 kilograms or 6,600 pounds) of pangolin scales in Shanghai. This is the country’s largest-ever smuggling case involving pangolin parts, officials reportedly said.

Customs officials discovered the massive amount of scales on Dec. 10, 2016. The scales had been packed in 101 bags concealed within a timber consignment imported from Africa. Some 5,000 to 7,500 wild pangolins are estimated to have been killed for these scales, officials told ShanghaiDaily.com.

Three people have been arrested so far, and the case is still under investigation according to South China Morning Post.

Pangolins use their scaly armor to protect themselves. Unfortunately, these protective scales have become the very reason for their population collapse.

Today, eight species of pangolins survive, four each in Asia and Africa. All four Asian species are on the verge of extinction, while the African species are moving towards a similar fate, thanks to rising demand for pangolin meat and scales in China.

Although pangolin scales are made of keratin, just like human fingernails and rhino horns, people (incorrectly) believe that they contain medicinal properties. Traders claim that pangolin scales can promote menstruation and lactation, and treat rheumatism and arthritis. But these claims remain unproven. Consumption of pangolins has also become a status symbol as supply becomes scarce and demand increases.

The three ton seizure is just the tip of an iceberg, officials say.

According to a new study published in Conservation Letters, more than 21,000 kilograms (~46,000 pounds) of scales and 23,109 individual pangolins were recorded in a total of 206 seizure reports between January 2008 and March 2016. This is equivalent to nearly 66,000 individuals, the researchers estimate.

Most seizures were made at three Chinese cities—Fangchenggang, Kunming and Guangzhou. This suggests that “Interventions in these cities could have a disproportionately strong impact on the entire illegal pangolin trade network,” the authors write in the paper.

Vietnam appears to be the major source country for illegal pangolins seized in China, the study found, with Fangchenggang the major entry point. Myanmar, too, serves as an important source of pangolins and is fast emerging as a major transit hub for smuggled pangolins and their parts to meet China’s demands. 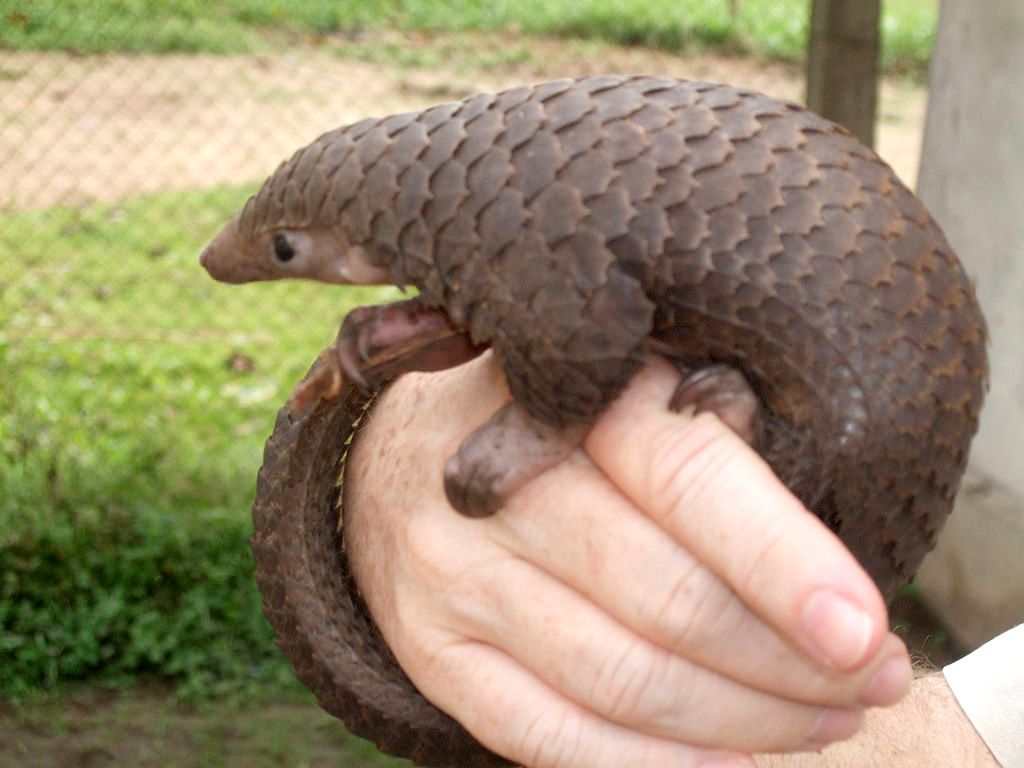 All eight species were recently up-listed to Appendix I of the Convention on International Trade in Endangered Species of Wild Fauna and Flora (CITES). This bans international trade in these animals and represents the highest level of protection available under international law.