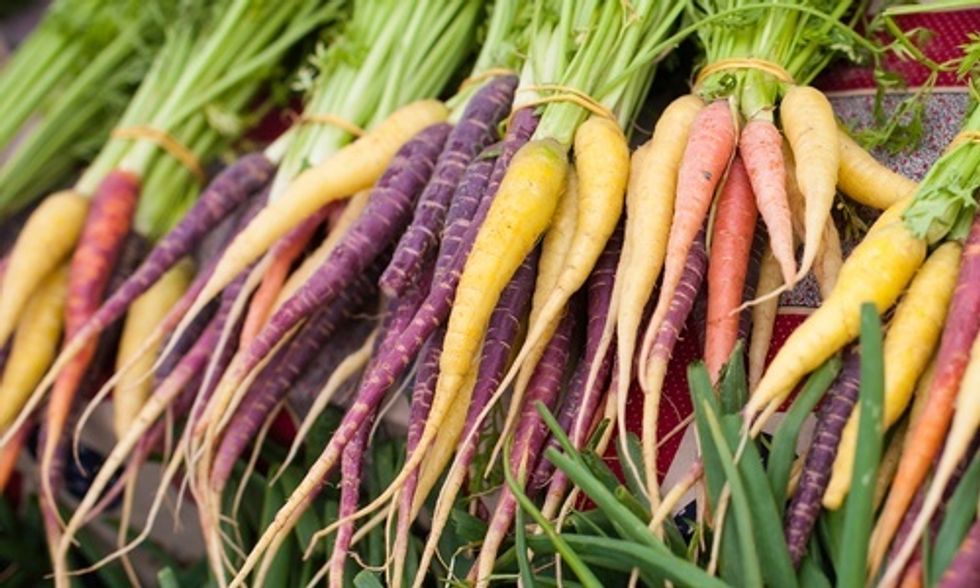 Love the organic lifestyle? Chances are you live in these 10 states, and most likely in California.

California makes up the biggest slice of the country's organic market with a stunning $2.2 billion in sales (41 percent of the national total), trouncing second place Washington's $515 million in sales, according to the latest Organic Survey from the USDA’s National Agricultural Statistics Service (NASS).

These 10 states alone represent a whopping 78 percent of U.S. organic sales in 2014, according to the NASS.

It's unsurprising that California dominates the green food market. Of the 14,093 organic farms tallied in the survey, 2,805 (about 20 percent) were based in the Golden State. The only other state to have more than 1,000 organic farms is Wisconsin, with 1,228.

Organic food aside, California's farmers feed a large part of the country. According to the latest statistics compiled by the California Department of Food and Agriculture, the state produces almost half of all the fruits, nuts and vegetables grown in the country, as well as a whopping share of the livestock and dairy," the Los Angeles Times reported.

America's taste buds are slowly shifting away from heavily processed or factory farmed foods and people are increasingly more aware of the environmental impacts of industrial agriculture.
Photo credit: Shutterstock

Outside of the top 10 states, the survey shows that the country's green food movement is a trend, not a fad. As it turns out, sales from organic farms across the country boomed last year, with consumer spending up 72 percent since 2008.

More people are also eating organic locally, reducing the miles that it takes for food to get to forks. The NASS found that the first point of sale for 80 percent of all U.S. organic products was less than 500 miles from the farm, compared to 74 percent in 2008.

“Producers reported in the 2014 Organic Survey that they expect to expand U.S. organic production in the coming years, making the data even more important for policy and programs," said NASS administrator Joseph T. Reilly.

The report “shows that organic producers are providing a wide variety of products to customers and are getting those items from farm to table more efficiently,” Reilly added.

Even if organic products tends to be more expensive, these latest statistics show that America's taste buds are slowly shifting away from heavily processed or factory farmed foods and people are increasingly more aware of the environmental impacts of industrial agriculture.

Perhaps the growing backlash against genetically modified organisms (GMOs) is driving the growth in organic food sales. Surveys show that the vast majority of Americans—as much as 93 percent, according to a New York Times—want their food labeled.