The Hidden Danger of the Gas Boom 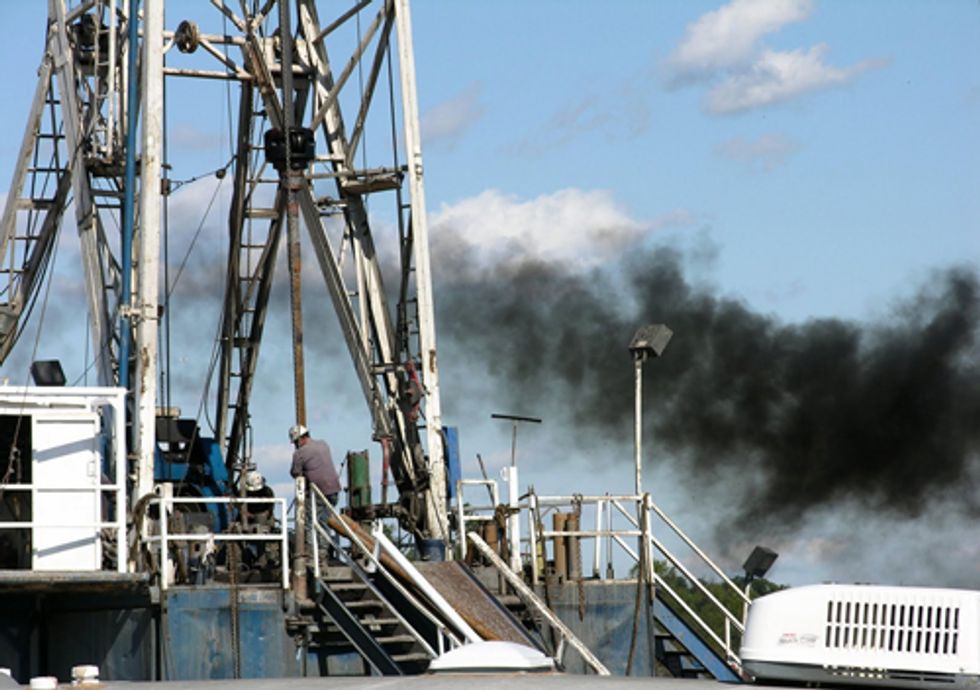 The hype surrounding the U.S. gas industry continues to grow as America moves ever closer to its cherished dream of energy independence.

On Feb. 7, Bloomberg reported that “the U.S. is the closest it has been in almost 20 years to achieving energy self-sufficiency, a goal the nation has been pursuing since the 1973 Arab oil embargo triggered a recession and led to lines at gasoline stations.”

On the surface, at least, America’s recent gas revolution is great news for people worried about energy security and jobs. Domestic oil output is said to be the highest in eight years.

And as Bloomberg reports, “The U.S. is producing so much natural gas that, where the government warned four years ago of a critical need to boost imports, it now may approve an export terminal.”

So America is moving from an importer to having so much gas it has a gas glut. Bloomberg reports that so great is the gas boom that the U.S. could even become the world’s top energy producer by 2020.

Other media outlets are full of stories of even more unexplored basins that could have huge gas reserves too.

As any regular reader of this blog will know, the expansion in gas production isn’t without a hugely controversial downside—fracking—which has been shown to cause widespread water contamination and ever minor earthquakes.

Ironically, Bloomberg points out that gas glut is forcing down the gas price which is also making the use of alternative energy sources such as solar, wind and nuclear power less attractive. Still, says Bloomberg, “those concerns probably won’t be enough to outweigh the benefits of greater energy independence.”

But there is another major downside about gas that the oil industry doesn’t want you to know about. One which has major ramifications for climate change.

Proponents of natural gas have long argued it is a “clean” fossil fuel, cleaner than oil and a great transition fuel that bridges our addiction to fossil fuels as we head towards renewable energy sources.

But gas may not be as clean as the industry would like you to believe, due to high leakage of methane.

As Nature reported on Feb. 7—“When U.S. government scientists began sampling the air from a tower north of Denver, Colorado, they expected urban smog—but not strong whiffs of what looked like natural gas. They eventually linked the mysterious pollution to a nearby natural-gas field, and their investigation has now produced the first hard evidence that the cleanest-burning fossil fuel might not be much better than coal when it comes to climate change.”

Nature reports that researchers at the National Oceanic and Atmospheric Administration (NOAA) and the University of Colorado, Boulder, estimate that gas producers in an area known as the Denver-Julesburg Basin are losing about 4 percent of their gas to the atmosphere, and this does not include potential losses in the pipeline and distribution system, which could also be significant.

This is more than double official estimates by the industry. As Nature argued, “And because methane is some 25 times more efficient than carbon dioxide at trapping heat in the atmosphere, releases of that magnitude could effectively offset the environmental edge that natural gas is said to enjoy over other fossil fuels.”

“If we want natural gas to be the cleanest fossil fuel source, methane emissions have to be reduced,” argues Gabrielle Pétron, an atmospheric scientist at NOAA and at the University of Colorado in Boulder, and first author on the study, currently in press at the Journal of Geophysical Research. “I think we seriously need to look at natural gas operations on the national scale.”