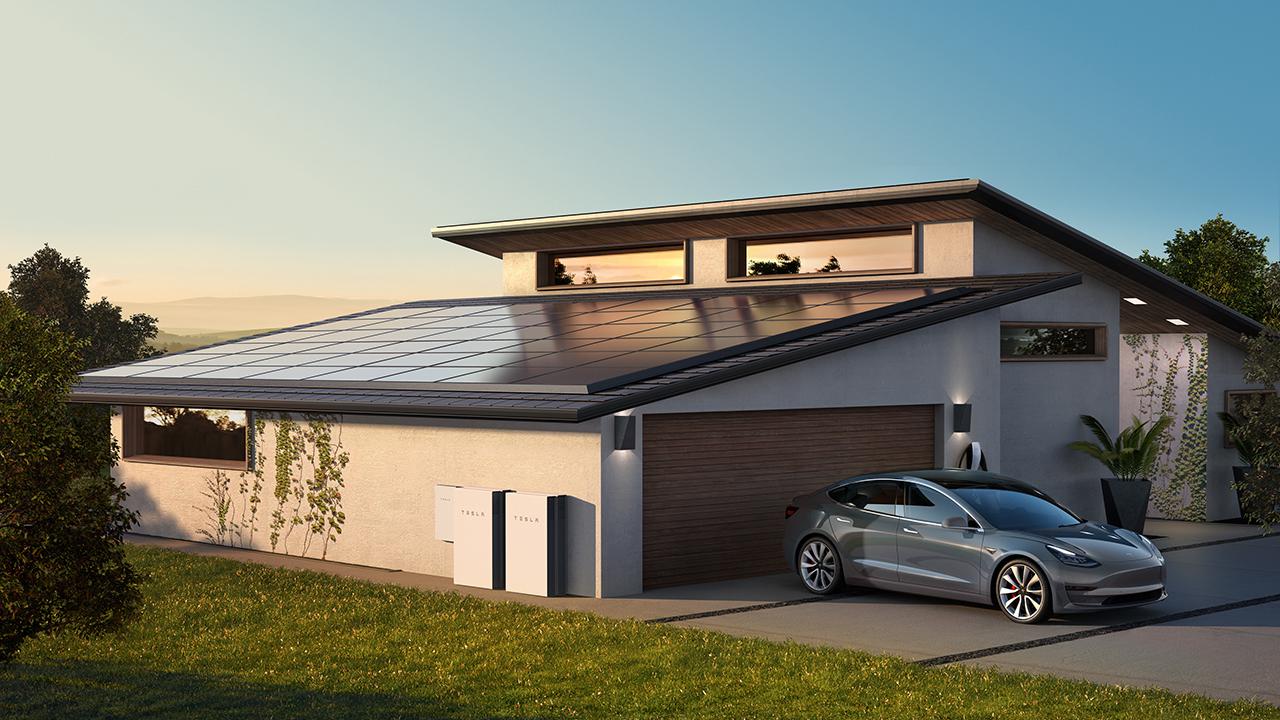 It likely comes as no surprise that the world’s best-selling electric vehicle manufacturer is also one of the
top solar companies in the U.S. Tesla solar products like the Solar Roof and Powerwall have made a name for themselves in the renewable energy industry, and in this article, we’ll dive into whether they’re really worth the hype.

Read on to learn more about Tesla solar panels, the Tesla Solar Roof system and the Tesla Powerwall solar battery.

As noted, the Tesla enterprise has sought to become the first and foremost name in U.S. solar rooftop installations. These efforts started back in 2016 when Tesla acquired the company SolarCity. At the time, SolarCity was the leading residential solar installer in the country, and it just happened to be founded by cousins of Tesla CEO Elon Musk.

In the time since, numerous other solar manufacturers have made strong plays in the residential solar market, and some of those leaders, such as Sunrun and Vivint Solar, have jockeyed back and forth with Tesla for being the market leader. Rankings vary depending on the year, quarter or even month observed, though no single provider ends up providing more than
15% of the market share.

That inherent diversity in the market is a great opportunity for potential customers to shop for their best option and identify what specific offerings best align with their needs and budget. Unsurprisingly, Tesla solar comes in first place for many households. Specifically, the basic offerings that Tesla solar has become known for are:

To find out how much a solar panel system would cost for your home, you can fill out the form below and get a free quote from a top installer in your area.

The most basic offering, and the one the majority of customers are envisioning when considering
solar energy for their household, are standard Tesla solar panels. These work the same way as any rooftop solar panel, but the main features that set Tesla solar panels apart from competitors’ products include:

The exact nature of the installation chosen for your home will be customized based on your rooftop, power needs, geography, budget and more. 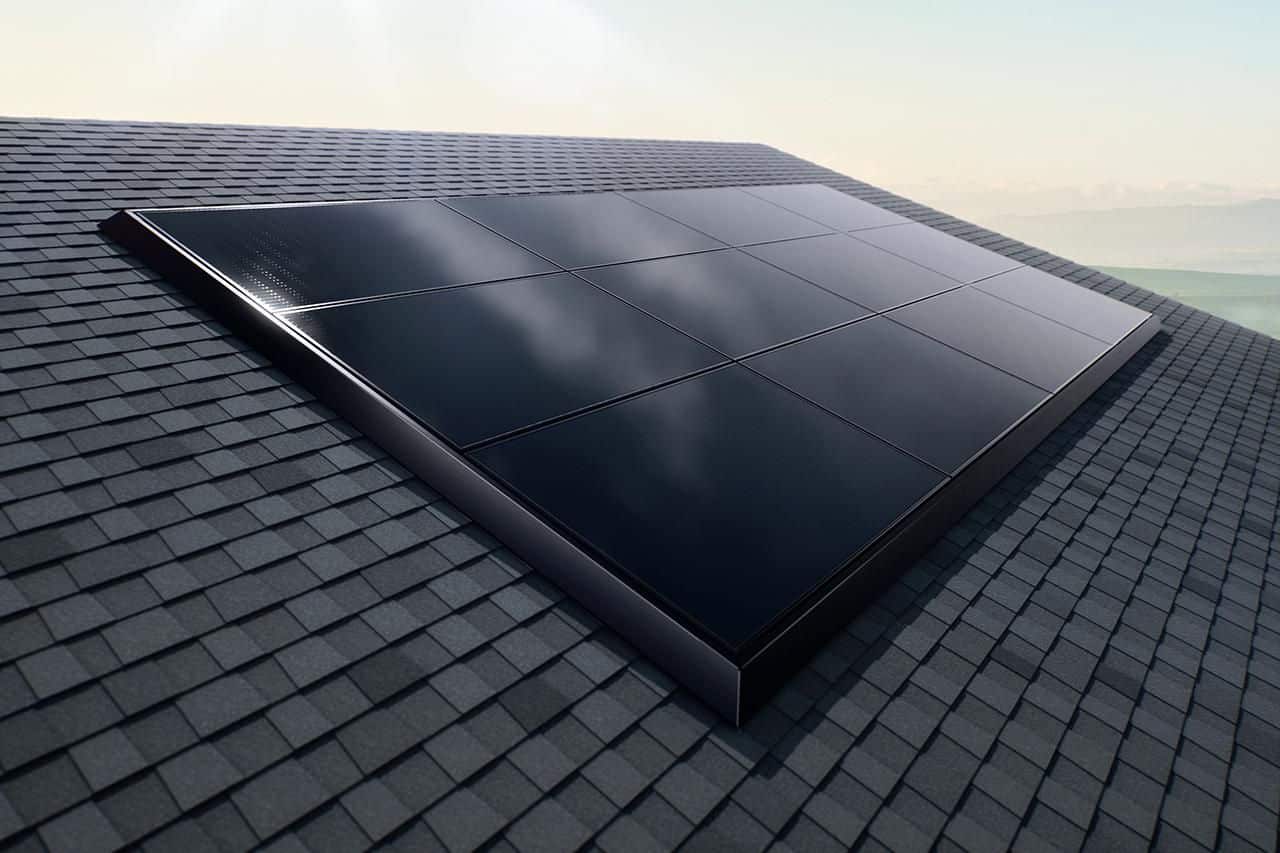 Here are a few specs to note regarding Tesla solar panels:

As you may be able to tell, Tesla’s panels are some of the
best solar panels on the market today. This leads to one question: How much do they cost?

How Much Do Tesla Solar Panels Cost?

While Tesla is known for high quality (which can often be quite pricey), the company actually advertises its solar panel systems as the “Lowest-Cost Solar Panels in America.” Is that a fair claim to make?

Kind of. The
cost of solar panels depends on a number of factors, including the size of your system, installation complexities, available local tax incentives and more. Given all of these considerations, though, Tesla seeks to ensure it can truly follow through on the “lowest cost” claim via its price-match guarantee. Through this program, homeowners can present a recent quote (within 14 days of order) from a competitor for a similar system, and Tesla will match the price.

In general, the
average Tesla solar system of about 8.2 kW will cost a home $11,840 (after accounting for the federal solar tax credit), while an extra-large system of 16.3 kW will cost $22,200. Tesla estimates that most homeowners recoup that investment in six to eight years.

If you want to see how much a Tesla solar panel system would cost for your home, you can use the company’s
design feature. And to get a free quote to compare from a top installer in your area, you can fill out the form below.

Moving beyond the conventional solar panels that are associated with household solar power, Tesla has made waves with its offering of the Tesla Solar Roof. The difference in this system is that rather than large-scale panels installed on top of roof tiles, Tesla uses solar shingles that integrate with the look of your existing roof while generating energy to power your home.

This new way of thinking about residential rooftop installations isn’t just a gimmick. The Tesla Solar Roof brings with it a host of benefits that makes it more appealing than standard solar panels: 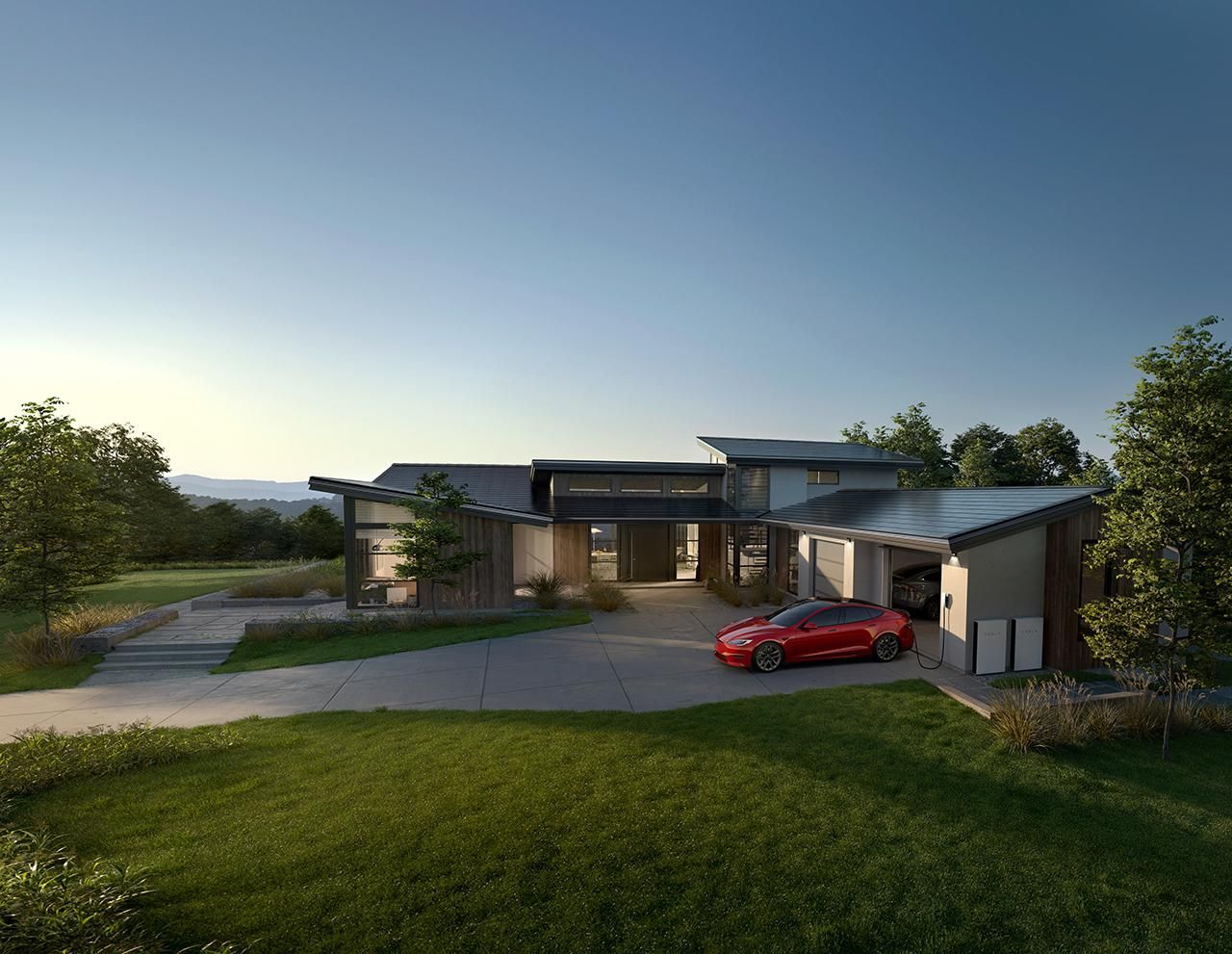 That said, the decision to go for a full solar roof over standard solar panels is not an obvious choice for all households. These installations bring with them a number of downsides that may turn customers away:

While customers may have an untold number of solar panel providers to choose from when going the traditional route, Tesla is among the only companies offering solar shingles today.

How Much Does a Tesla Solar Roof Cost?

Given that the main drawback of a Tesla Solar Roof is the significant investment it will require, even more so than traditional solar panels, curious homeowners will naturally ask: Exactly how much more do they cost?

We used Tesla’s website to design theoretical systems in Florida and received the following outputs:

*System estimates include installation and Powerwall costs but do not reflect federal and local tax credits. All data sourced from tesla.com/energy/design.

These costs, of course, are simply example quotes, and prices will vary based on location, energy needs, local incentives and more. For example, the Solar Energy Industries Association notes that the
average cost per watt for a fully installed system in 2020 was $2.96 (before tax credits). All told, the solar roof is significantly more expensive than the traditional solar panel route.

The ideal customer who will want to consider a Tesla Solar Roof either a) doesn’t consider money to be an object, or b) is already considering a rooftop replacement and wants to lump in this upgrade (though installing a solar roof amid a roof replacement will add $10,000 to $70,000 to the solar roof installation costs, according to Tesla’s online cost calculators).

The last Tesla solar product that homeowners may be considering is the Tesla Powerwall, which is one of the
best solar batteries on the market. By adding a battery to your home solar system, you can use solar energy even when the sun isn’t shining (like at night or on cloudy days), have power stored up in case of a utility outage, and even sell the excess energy back to the grid when energy costs are greatest. 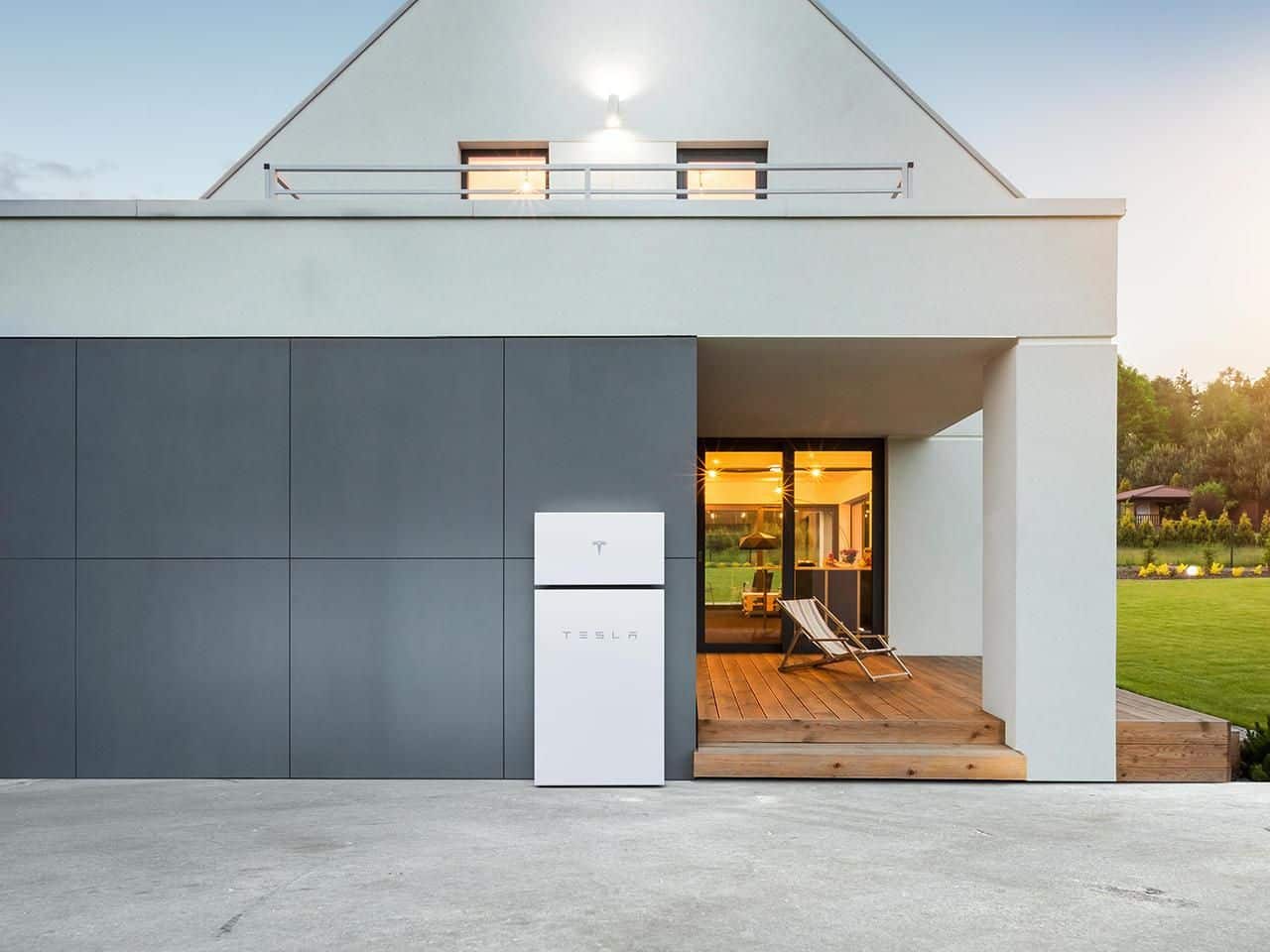 All customers who install a Tesla Solar system, whether standard solar panels or a Solar Roof, are required to purchase a Powerwall (or Powerwall+) to ensure the highest efficiency and effectiveness of their system. The Powerwall and Powerwall+ are also available for purchase alone to pair with an existing non-Tesla solar installation, though the homeowner will still need to utilize a Tesla-certified installer.

How Much Does a Tesla Powerwall Cost?

Once again, cost will be a major question and consideration for potential Powerwall owners. The main factor that will determine how much your Tesla solar battery setup will cost is how many Powerwalls you actually need based on the size of your panel system.

While every system will differ, each installation type will be unique and your mileage may vary, we reached out to Tesla to ask about general cost estimates and found the right rule of thumb to consider is:

Why Should a Home Go Solar?

Given the extensive costs and considerations pertaining to Tesla solar,
is solar energy even worth it for your home? The upfront costs of these systems are a serious hurdle for many homeowners, but if you have the capital available, there are numerous reasons to consider going solar:

While the high costs to install may be frustrating, it’s important that potential customers research or talk to experts about available tax incentives that come from federal, state and local governments. These incentives come as credits, rebates, low-interest loans and other tools to help make solar power accessible to more homes.

How much does Tesla solar cost?

Why is Tesla solar so cheap?

Tesla is able to mass-produce its equipment, use economies of scale and streamline the installation process by recruiting homeowners themselves to contribute to the evaluation of their homes. These are some of the factors that allow Tesla to offer a price-match guarantee, ensuring the company offers the cheapest solar panels in the U.S.

How effective are Tesla solar panels?

Once installed, Tesla solar panels are highly efficient and effective, which has kept them as one of the most popular solar installers in America and able to offer customers payback periods of just a handful of years.

Does Tesla solar include installation?

When you
buy solar panels, depending on your location, Tesla will either send its own installers or contract workers from another local installation company to set up your system.

Should I buy a home solar system?

The concept of going solar is fairly straightforward: by installing solar panels or shingles on the area of your roof that gets the most direct sunlight, power is generated for use in your home, offsetting the need for you to purchase that power from your utility company. Doing so will help you save money each month and ensure the energy used within your home is carbon-free. Other advantages include the ability to generate power even during local utility outages and directly increasing the resale value of your home.