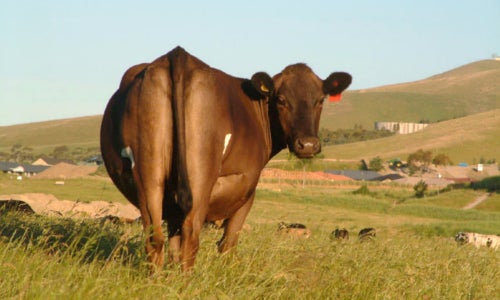 You’ve probably heard that methane from cows, sheep, goats and buffalo (that is, ruminant farts) has been linked to global warming. There are 50 percent more cows and similar animals today than half a century ago (3.6 billion) and methane released from their digestive systems is the biggest human-related source of this greenhouse gas. 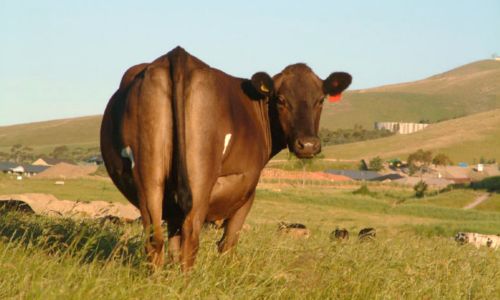 One way to mitigate climate change would be a tax on meat, a scientific analysis finds. Photo credit: iStockphoto

So, to reduce the amount of greenhouse gases cows and the like produce, we need to tax meat.

That’s what some scientists have recently proposed in an analysis in Nature Climate Change. Only by increasing the price of meat so people consume less can we cut down on the amount of methane emissions and halt the warming of the planet.

As the scientists say:

Influencing human behavior is one of the most challenging aspects of any large-scale policy, and it is unlikely that a large-scale dietary change will happen voluntarily without incentives. Implementing a tax or emission trading scheme on livestock’s greenhouse gas emissions could be an economically sound policy that would modify consumer prices and affect consumption patterns.

Others, including members of the United Nation’s climate science panel, have called on people to eat less meat to cut down on the rate at which the earth is warming. Just like taxes on sugar, fat and soda, a tax on meat is a measure meant to get humans to, like it or not, change their ways.

“Because the Earth’s climate may be near a tipping point to major climate change, multiple approaches are needed for mitigation,” says William Ripple, a study author and a professor in Oregon State University’s College of Forestry.

Such a tax, if anyone ever did propose it, would likely cause a huge outcry. You can already hear multinational hamburger and chicken wing purveyors complaining that a meat tax would unfairly penalize them and consumers, as they’d have to charge higher prices.

The number of livestock need to be reduced not only to cut methane emissions but also to cut CO2 emissions. The latter have been in part on the rise as more and more forests have been cut down to clear land for cattle to graze on.

The livestock sector supports thousands of people worldwide and proposals for a meat tax and for reducing the number of cattle are not going to be welcome. Nick Allen of Eblex, which represents beef and lamb producers in England, calls a meat tax a “simplistic and blunt suggestion that will inevitably see a rise in consumer prices” and says that livestock have become the “easy scapegoat for emissions.”

It’s fair to say that Allen is correct on both points. But the fact is that the Earth’s temperature is increasing at an accelerated rate. Meat consumption is up in many parts of the world including in the highly populated countries of China and India. It has declined very slightly in the U.S. as more people forego eating so much meat or even cut it out of their diets entirely.

With greenhouse gas emissions from sheep and cattle 19 to 48 times greater than beans or grains per pound of food produced, something that sounds as outlandish as a tax on meat may actually be not only common sense but necessary if we are going to be serious about fighting climate change.