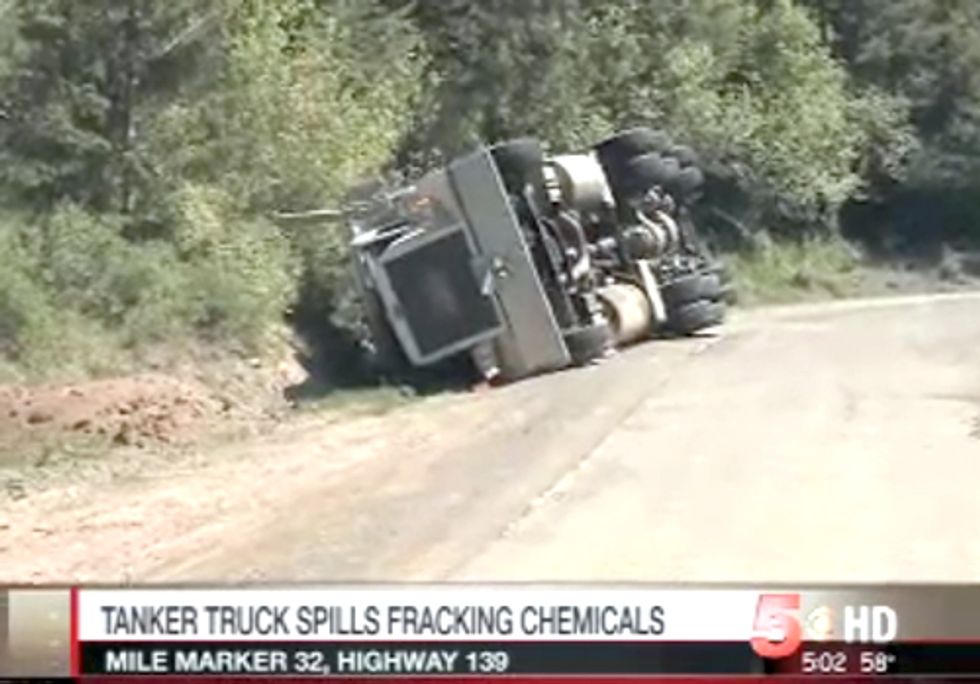 A tanker truck driver suffered minor injuries on May 21 after his vehicle rolled over on Highway 139 in Loma, Colorado, spilling approximately 50 gallons of fracking fluids into a nearby stream, according to the Lower Valley Fire District.

According to KREX News Channel 5, Hazmat crews from nearby Grand Junction teamed up with the Lower Valley Fire District to drain the remaining fracking fluid from the truck and dam the stream, preventing further contamination.

"The disaster in Colorado is another dire warning that fracking inevitably leads to disasters such as water contamination," said said John Armstrong of Frack Action. "We still don't know what chemicals leaked into Colorado's surface water, but it likely includes known carcinogens like benzene, which even in small amounts can contaminate billions of gallons of water."

The U.S. Environmental Protection Agency ran an environmental evaluation of the site yesterday, but has yet to release its findings.