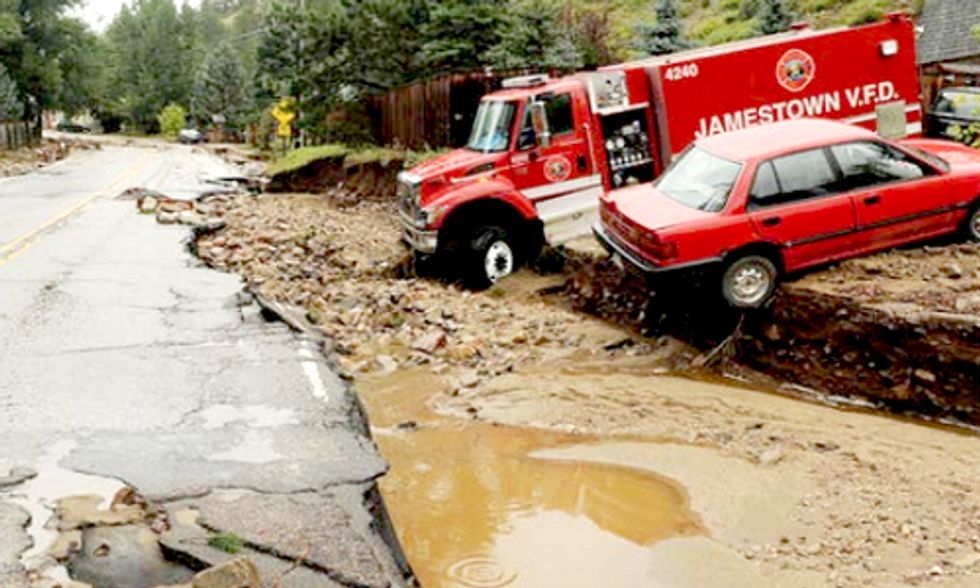 Just a week after a nonprofit revealed that the U.S. is lagging behind other developed countries in energy efficiency, a research firm's data shows that the nation is the leader in denying climate change.

With more and more denial earning time on TV and in Washington, it's not all that surprising. Still, it's sobering to see visual data of Americans' attitudes toward climate change compared to other countries.

The data comes from United Kingdom-based Ipsos MORI, as part of the company's Global Trends study, which polled 16,000 people in 20 countries. The respondents were asked 200 questions about eight topics, including the environment.

The above graph shows that the U.S. had the fewest amount of respondents agree that climate change is largely a result of  human activity. Meanwhile, more than 80 percent of respondents from Argentina, France, Italy, Spain and Turkey believe that humans are mostly responsible.

Of the eight questions regarding the environment, two others also gauge climate denial. The U.S. leads or ties for first when it comes to the answer the is most closely related to climate denial. When viewing the graphs on Ipsos MORI's report page, hovering over the graph provides an exact percentage of how respondents answered.