How You Can Surf the ‘Clean Wave’ Against Beach Pollution 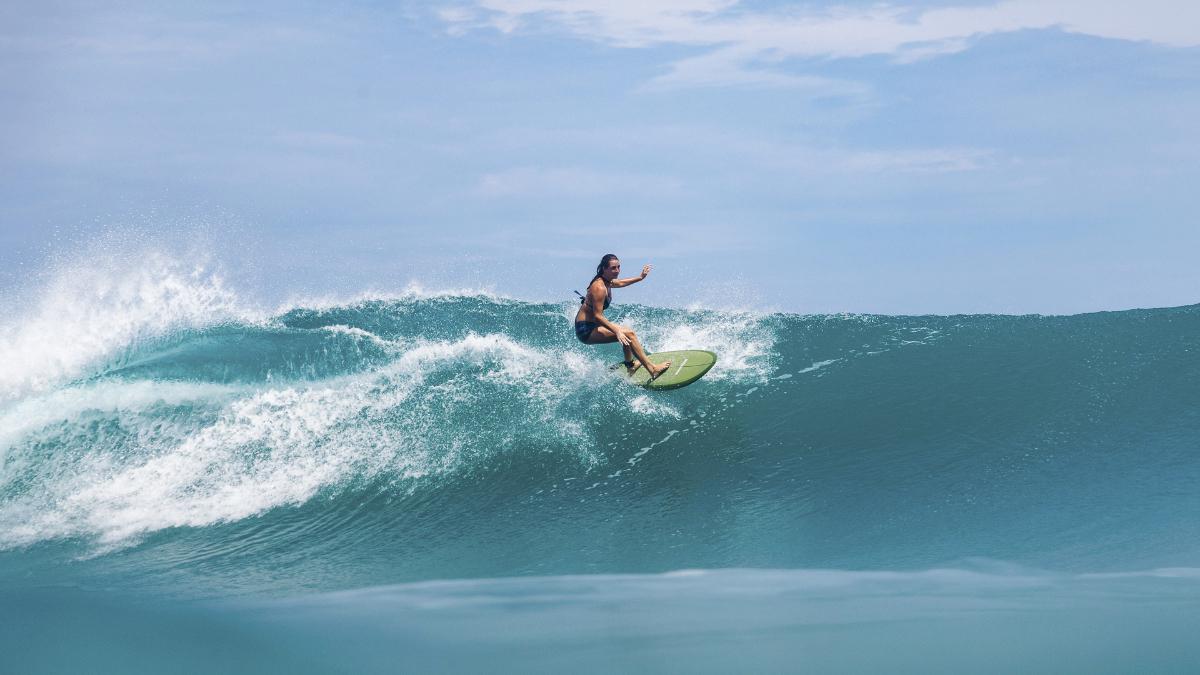 Catch A Clean Wave is about surfers, divers and ocean lovers taking personal responsibility for caring for the ocean. Anna Gudauskas

All these things are coming together under the auspices of a new movement to combat plastic pollution and raise awareness for ocean conservation. Catch a Clean Wave is the brainchild of Kona Brewing Co., a Hawaiian-born beer brand. The journey began this week when professional surfer Anna Gudauskas and water photographer Sarah Lee hit the water in their bid to surf for change. Now, they and Kona are inviting you to join in and Catch the Clean Wave, too. 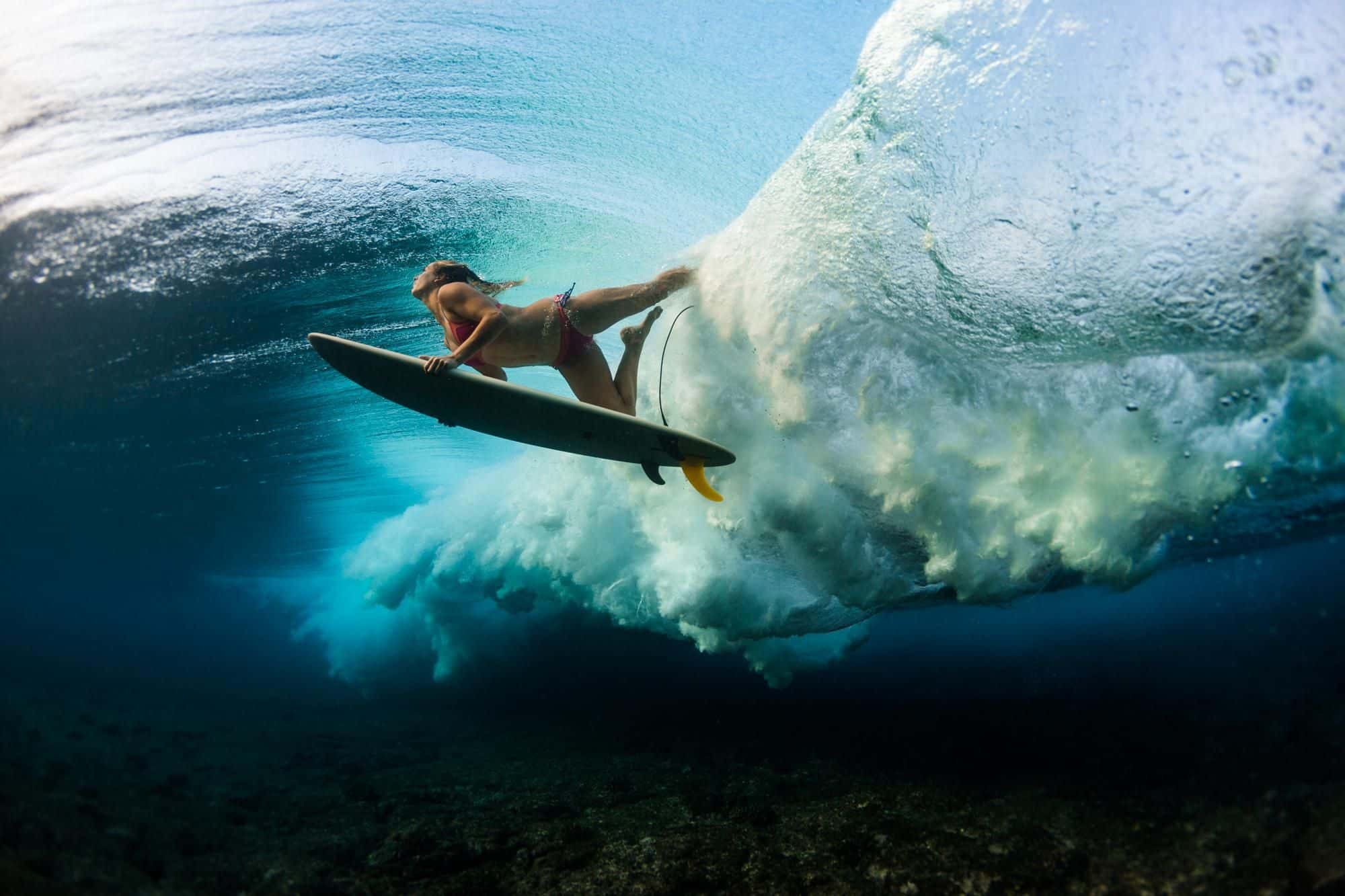 Embracing the power of the water, professional surfer Anna Gudauskas will connect with thousands of people on her journey to spread ocean awareness. Anna Gudauskas

The objective of this epic journey is to surf along the West Coast and clean the coastline while they’re at it. Starting in Washington State (from July 13-15) and stopping at 15 iconic beaches along the way to Southern California, the duo will host community beach cleanups at every beach they surf. They want to leave every spot better than they found it. The trip will culminate on July 22 with one final surf and the adoption of a local beach in Southern California.

“Surfing is such a big part of the Kona DNA, and the Catch a Clean Wave journey is our way to give back to local surf communities,” Kona Brewing Co.’s brand manager Vanessa Parker told EcoWatch. “We want to highlight the importance of protecting the world’s greatest sports venue — the ocean. Anna and Sarah will travel all the way down the coast, doing clean-ups, generating buzz, and showing fans how simple it is to protect the oceans we love.” 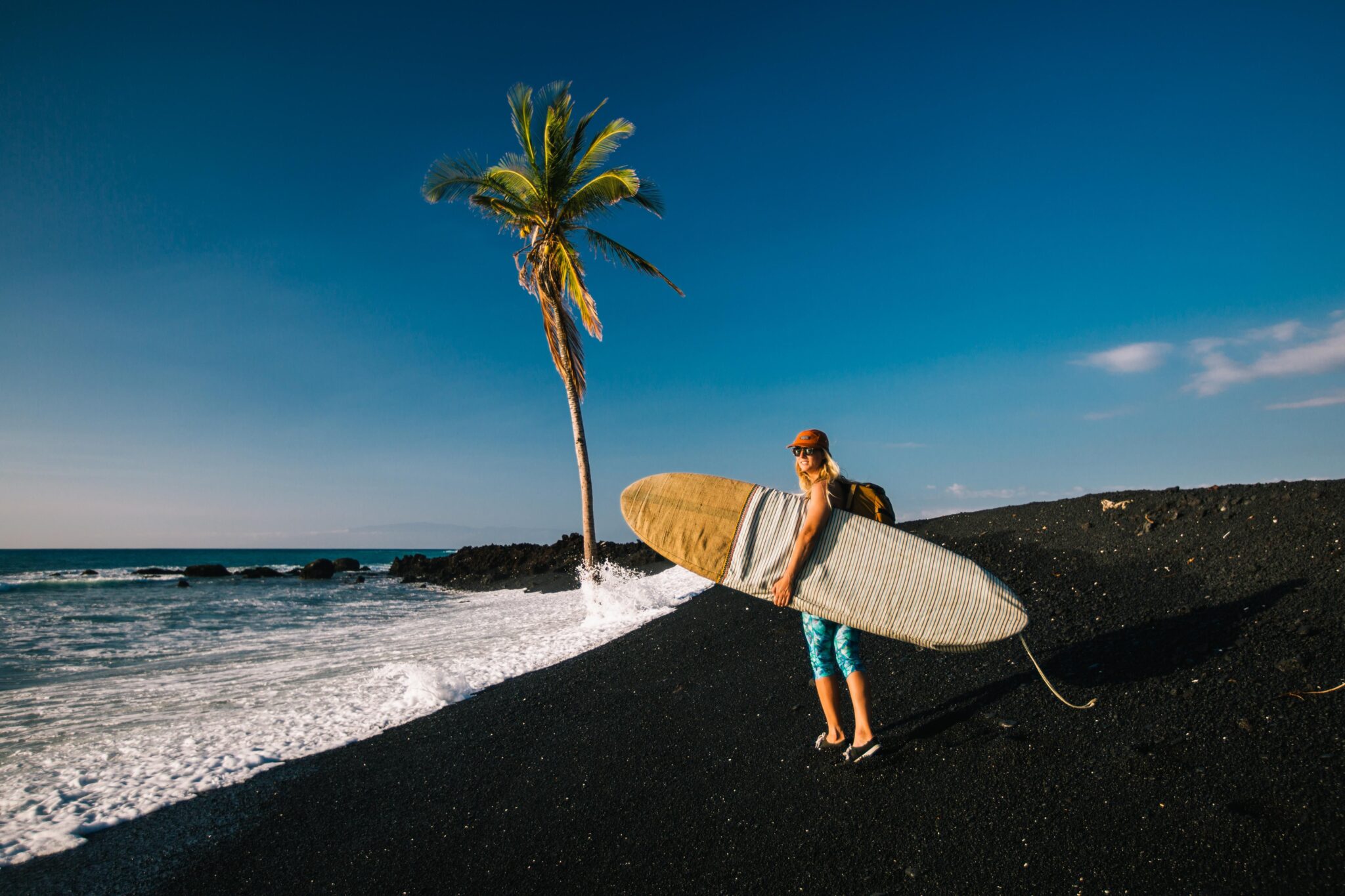 The “surf ecosystem” includes the beach, the waves, the flora and fauna and the humans that live and play in that zone. Anna Gudauskas

The community aspect of the journey is incredibly important to its overall mission. The goal is to empower every person with the knowledge and understanding that they can make a difference and that doing so isn’t hard. Through the initiative, the surfer, the photographer and the beer brand are encouraging individuals to clean up trash as they see it, thereby proving how simple it is to protect a key part of the world’s ecosystems.

Lee emphasized how the cleanups will focus on the entire “surf ecosystem,” which she described as “not just the beach.” She added, “It’s about the wave, itself, but also the flora and fauna in the water and along the coast, and the people that live there, too.” 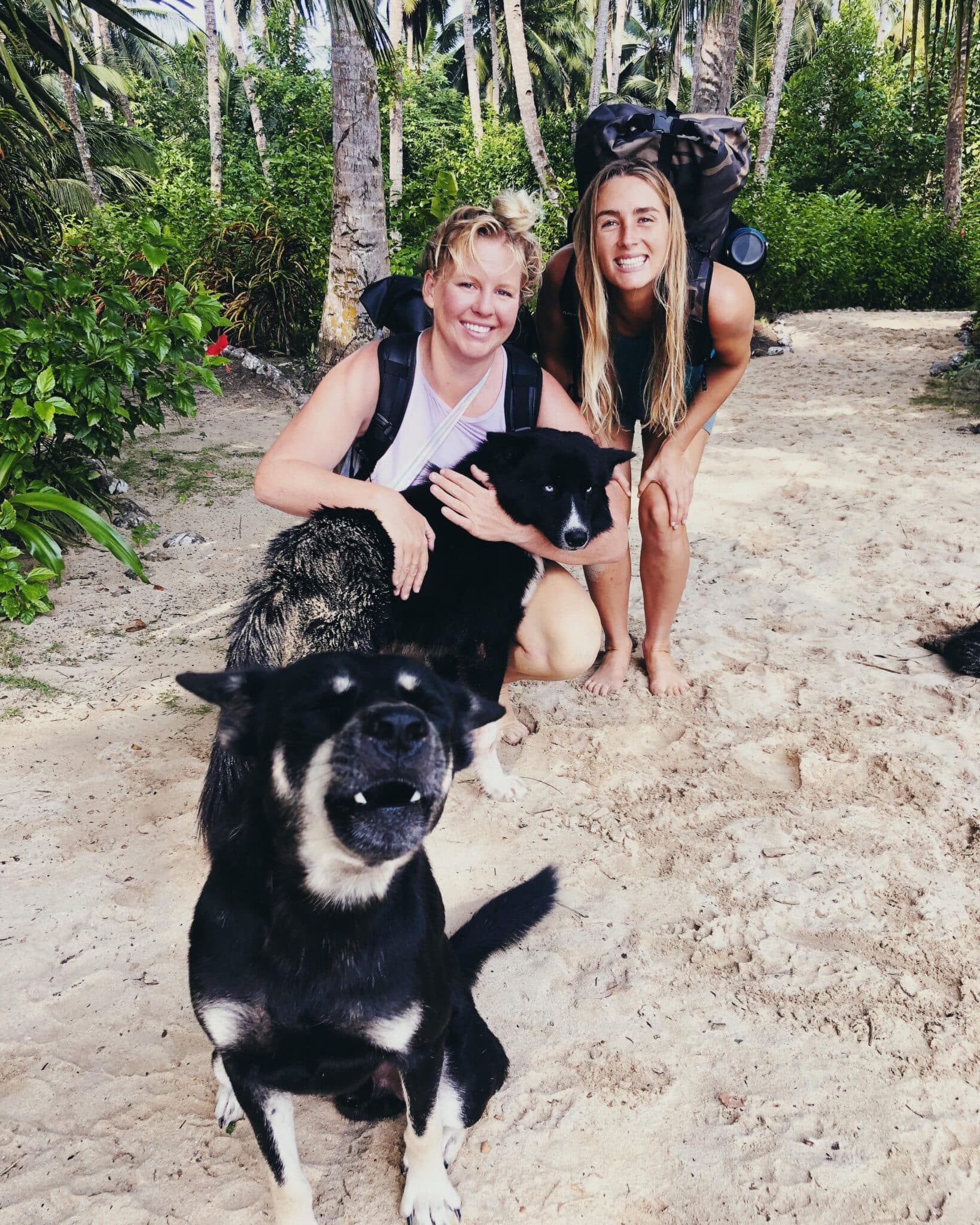 The photographer said, “100 percent, everything is connected. Plastic and pollution affect all of that, including us. But, if we humans think of ourselves as part of the ecosystem instead of separate from it, we can try to live in symbiosis with everything together. We can work to clean it all up.”

According to Gudauskas, she and Lee have a “system” for dealing with trash while surfing: if it floats by them in the water, they tuck it into their wetsuits and dispose of it properly in trash cans away from the water.

“It really is that simple,” Parker said. “We hope everyone, regardless of where they live, will be reminded that we need to be active participants in ocean conservation, and what better place to start than in your own backyard.”

She added, “Just start small: pick up trash in your back yard, report coastal threats on the Save The Waves app. Everyone can jump in, and everyone can play a part.”

The app that Parker is referring to was recently relaunched by Save The Waves Coalition, a non-profit with whom Kona has partnered and to whom the beer company has committed $50,000 toward their cleanup efforts. The app allows surfers, beach-goers and ocean lovers to take a picture and report coastal threats in real-time by tagging the location and alerting the organization. Appropriate agencies are then contacted to minimize the threat.

Nik Strong-Cvetich, CEO of Save The Waves Coalition, said, “We are hopeful that initiatives like Catch a Clean Wave will continue to raise awareness for coastal stewardship so everyone can surf clean waves for years to come.”

Local fans are invited to join a surf session and beach clean-up. Those further away are encouraged to post a video of themselves catching a can of Kona Big Wave with the hashtag #CatchABigWave and ‘tagging’ their friends to join the Clean Wave. In this way, the coalition hopes to spread the word about ocean conservation and coastal protection across the world’s waters. 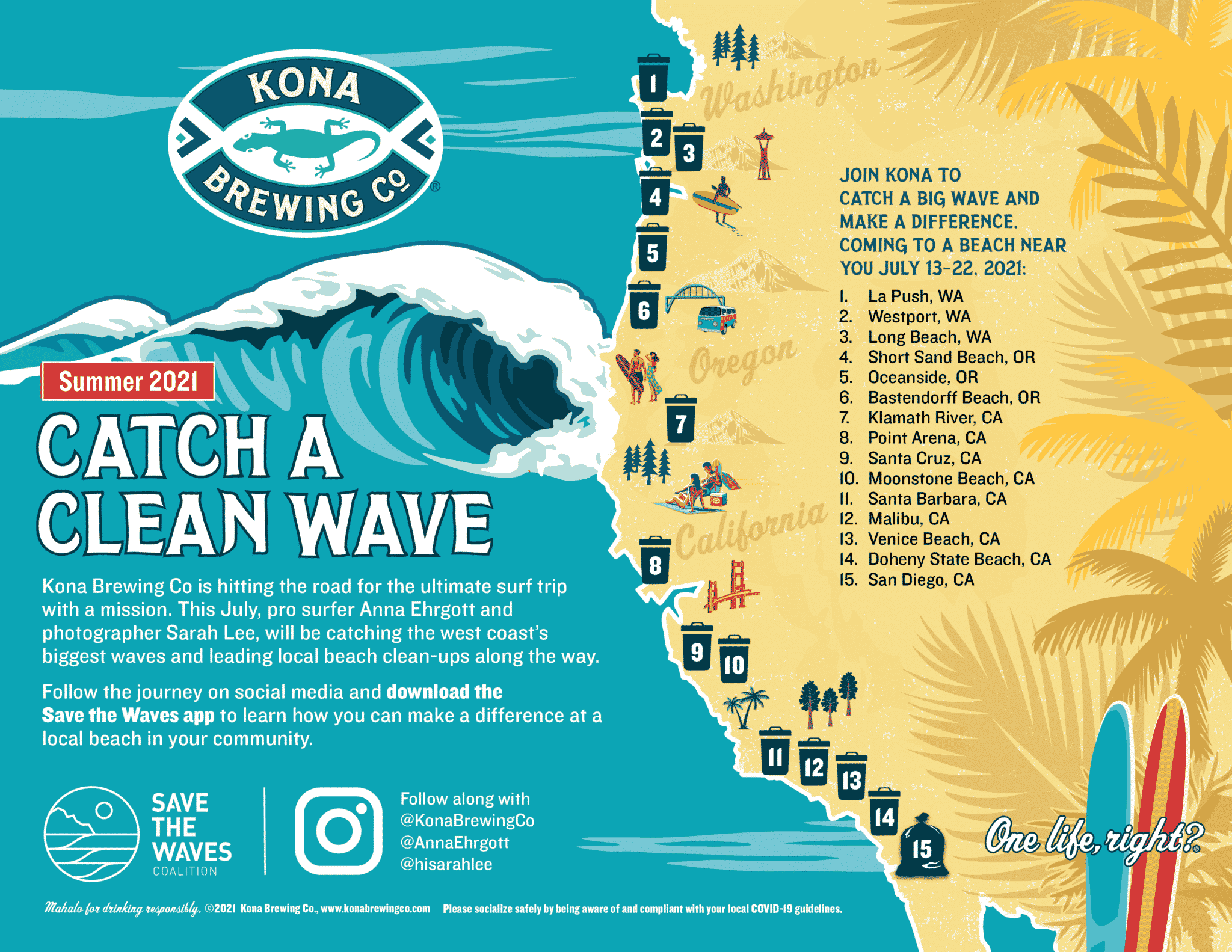 A Surf Map shows the 15 stops on the Catch A Clean Wave journey. Kona Brewing Co.